Ten Sessions to Attend at the Zee Jaipur Literature Festival

What not to miss at the eighth edition of the world’s largest free literary party, which begins on Wednesday in Jaipur 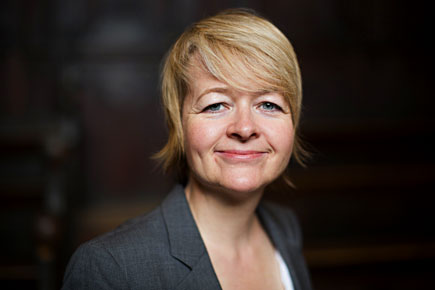 There will be free internet (MTS India, through coupons) and musicians from Azerbaijan. Elizabeth Gilbert isn’t coming, but Naipaul is. It’s going to be sunny. All of this plus ten essentials to go to, this year at the Zee Jaipur Literature Festival.

1. Key Note – ‘The Poetic Imagination’ (10 am, 21 January)
Poetry is the beginning and the end of everything. Pulitzer Prize-winning poet Vijay Seshadri, Hindi poet-critic and translator Ashok Vajpeyi and Arvind Krishna Mehrotra remind us why poetry is relevant today, in this opening discussion.

2. A House For Mr Biswas (2.15 pm, 21 January)
Big, bad VS Naipaul has the power to divide—and to unite. More than fifty years after A House for Mr Biswas first made literary history, some very special readers—Hanif Kureishi, Amit Chaudhuri and Paul Theroux (most interestingly)—join to discuss the book, its author and the cult of Naipaul with the great man itself, in a session chaired by Farrukh Dhondy.

3. ‘Mujhe Jeene Do: Conversations with Waheeda Rahman’ (12:30, 22 January)
Legendary actress Waheeda Rehman, one of Bollywood’s most beloved, appears in conversation with her biographer, the film historian Nasreen Munni Kabir, as well as translator and mythologist Arshia Sattar.

7. ‘Writing the Family’ (11.15 am, Saturday)
One of the most accessible panel discussions takes us into the home, and away—Akhil Sharma, Maria Chaudhuri, Mira Jacob, Marcel Theroux and Sandip Roy talk about the modern family, with critic Parul Sehgal.

8. ‘Meltdown in the Middle East’ (2.15 pm, Saturday)
The counter-revolution in Egypt, indecision in Syria, failing to rein in a pro-settler government in Israel—American policy in the Middle East calls for a closer look. Regional experts Nassim Nicholas Taleb, Gideon Levy, Charles Glass, Fady Joudah, Hisham Matar and Pinak Chakravarty discuss the turbulence in this part of the world.

9. ‘All That Jazz’ (3.30 pm, Sunday)
Legendary jazz artist-vocalist Joe Alvarez talks about being a leading rock singer in the early 70s and other phases in the Indian musical scene, with Naresh Fernandes.

10. ‘Has Culture Become the New Politics’ (5 pm, Sunday)
The big fat public debate is a must if you’re still around—and this time it takes on the vulnerability of culture in the world of politics. Featuring writers, critics, translators and all-round opinion makers: Swapan Dasgupta, Suhel Seth, Rajiv Malhotra, Pavan Varma and Arshia Sattar.