Manoj Bajpayee, whose new film speaks of the politics of homosexuality, continues to be a lone fighter in Hindi cinema 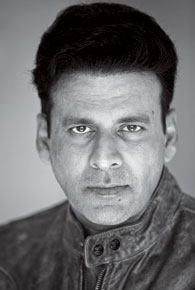 He never chose to attract attention. The quietest among five children, Manoj Bajpayee preferred to stay silent until provoked. Even today he remembers his first fight at a missionary boarding school in a small town named Bettiah, Bihar, where seniors tried to sodomise him. “I would always stay away from confrontation, but if there’s one thing I would fight against, it was bullying,” he says.

When he came to Mumbai, his fight for a spot in the industry was again a passive one. “I don’t know how to be aggressive. I did not tear down the doors of producers. If I didn’t have work, I’d perform for my friends in my living room. That’s how I kept the actor in me alive,” he confesses.

Today, sitting in the office of a film studio against a life-size poster of his latest film Aligarh, Bajpayee, 46, realises that his reasons to fight have changed, and so have his ways. We can’t help but notice the ageing man in the poster with droopy shoulders and moist eyes, looking towards him for answers. Aligarh, inspired by the life of Professor Shrinivas Ramchandra Siras who was suspended from Aligarh Muslim University for being gay, has struck a note with many Indians who have faced discrimination for being homosexual.

The release of the trailer of Aligarh coincides with the Supreme Court judgment to re-evaluate Article 377 that criminalises homosexuality in India. The trailer has been issued an A certificate by the Censor Board, which means it can’t be played on television or in theatres without authorisation. “So while sex comedies (like Mastizaade and Kya Kool Hai Hum) continue to play on our TV sets, Aligarh, a film that has no objectionable content, is clipped even before it takes off. At this rate we should stop showing murder or even molestation in films, because that’s adult content too. We are not trying to influence anyone, but as creative people, our job is to express ourselves and no one can stop us from doing so, as long as we are in a democracy,” he says.

Bajpayee and the makers of the film, including director Hansal Mehta and writer Apurva Asrani, knew that at a time when cuss words and kissing scenes are being censored in our cinema, the story of a gay man’s right to live with dignity would not go without a snip. The Censor Board today is regressive, but Bajpayee insists that larger issues are at stake. “I owe a lot to my teacher, Barry John, the man who taught me everything I know today about the craft of acting. I owe a lot to his sexuality, because that made him the person he is. And that’s what we need to fight for. For people to live a life of truth and dignity, without fear. The film talks about the right to privacy, which is a concern in our society where what you do, how you walk, how you sleep, who you sleep with has been scrutinised for a long time. Aligarh is just a small contribution towards that goal,” he adds.

The beauty of Aligarh is that it does not preach, dictate or influence your opinion on homosexuality. It simply draws out the pathos of a man who was driven to suicide because he was gay. Everyone from the reporter who helped Siras to the judge who withdrew charges against him is portrayed realistically, forcing you to think and ask questions. “It’s very few times in an actor’s life that one feels this deeply for a character. Siras will live in me forever. He taught me to love, to enjoy my silences. He improved me as a person. I have never felt as much love as I feel now. After playing a man filled with poetry and music, I’ve even started enjoying my wine a lot more,” says Bajpayee with a smile.

Silently letting the role take over has been his strongest trait as an actor. When we saw him as the gangster Bhiku Mhatre in Satya (1998), we could smell the filth off his skin and sense the darkness of his soul. It was a master- class performance. “I found my voice after Satya. Everyone wanted me to speak, even though I preferred my work to do the talking. But even then, people did not want to hear me, they wanted to hear Bhiku Mhatre. I stayed home for months after the success of that part, because everyone offered me roles that were Bhiku’s shadow one way or the other.” He adds, “I revolted against it. Everyone wanted me to play a villain or a character role. They were closed in the way they perceived me. I knew I was here to make a difference, not play stereotyped roles. I’m still trying to make a difference. Still trying to open those closed minds.”

Bajpayee knew that repeating himself would only kill the aspirations that brought him to the city. The son of a farmer and a homemaker, Bajpayee hails from a modest but liberal household, where he was encouraged to do what he wished. “My father was a cool dude in a dhoti and my mother was a complete dictator. I grew up with three sisters, and never knew what discrimination meant in that sense. We were all treated equally, and we were taught to respect everyone. I wasn’t a very bright kid, but if I was passionate about something, I would give it my all,” he says.

After eight years of theatre in Delhi, his move to Mumbai shook many of his beliefs. “In Delhi, all I did was train,” he says. He was part of a year-long theatre masterclass conducted by alumni of the National School of Drama. “I attended all 364 days. I missed one day because it was raining heavily and I did not have money to take the bus. That’s how productive my time in Delhi was. But when I moved to Mumbai nothing was the same,” he recounts.

The film city proved to be a culture shock, one that he says he’s still grappling with. “What made me most uncomfortable was the fierce competitiveness. I’m still not used to it. Everyone wanted to be better than the other, and in the process no one was looking within. No one cared about improving themselves. It’s like the mothers in my child’s school who are always looking for ways to get their daughters one up on the others. It’s terrible. It’s the kind of attitude which stinks. Even today, I’m fierce only when it comes to my roles and if something is going wrong with the film. But I’m not competitive at all,” he adds.

Maybe this unease is why Bajpayee took a while to be discovered in the city. His plays weren’t known in Mumbai and he was considered a rookie actor. There were days he would walk for hours together from studio to studio performing without an audience. “I’d learnt the art of improvisation from Barry John and Raghubir Yadav and I put it to test every time. There was no concept of auditions then, so I’d catch hold of an assistant-director during lunchtime and I’d perform for him, until someone shooed me away. It was better than drowning my fears in a bottle of Old Monk which many of my friends did. I drank too, but as long as I knew that I’ve spent my day doing some kind of acting, I was satisfied.”

His passion for performance makes him one of the finest Indian actors today. From Shool (1999) to Raajneeti (2010), Gangs of Wasseypur (2012) to Special 26 (2013), every part he played was laced with conviction and surrender. He admits his process has gone through many changes. “It comes with experience. I’d lock myself in a room and not eat for days together for a role. But today I don’t feel the need to do that. As you age, your experience is larger. You start taking things easy. You come to know how much energy is required where. Now I am not working hard in darkness. Now I am working towards the goal. Earlier the goal was not visible. Now it doesn’t seem scattered. Everything is channelised,” says the two-time National Award winner.

I am reminded of the time I went to shoot for a bit part in Aligarh. I was playing a rookie reporter in the film and I went by to Bajpayee’s room to greet him before the shoot. I knocked on the door, but he wasn’t there. In his place I saw a frail man with hollows under his eyes and cracks on his lips. He slowly looked up and greeted me. “Good afternoon. Have you had lunch?” Professor Siras asked me.

Despite the way he can embrace a role, Bajpayee admits he is still an insecure actor. “Every actor feels threatened at some point in life. When I was sitting at home recently for almost six months, I spoke to my friends about getting back to theatre. When young actors run behind film roles, I crave my days in theatre. The medium isn’t a deterrent and shouldn’t be, as long as the parts I play evoke something within people. Plus I’m not getting any younger, you see,” he adds modestly.

Filmmakers like Shyam Benegal and Ketan Mehta were clear about their message, says Bajpayee. They wanted to create art with a purpose. But today, we are far more subtle. Films like Aligarh put the character and his journey out there and that inspires people. “Exposure has done a lot of good to our cinema. This is nothing but the cinema of a changing world. Aligarh will hopefully light up a debate that has been dormant for too long.” We hope so too.