Is There a Tyranny of the Tasting Menu? 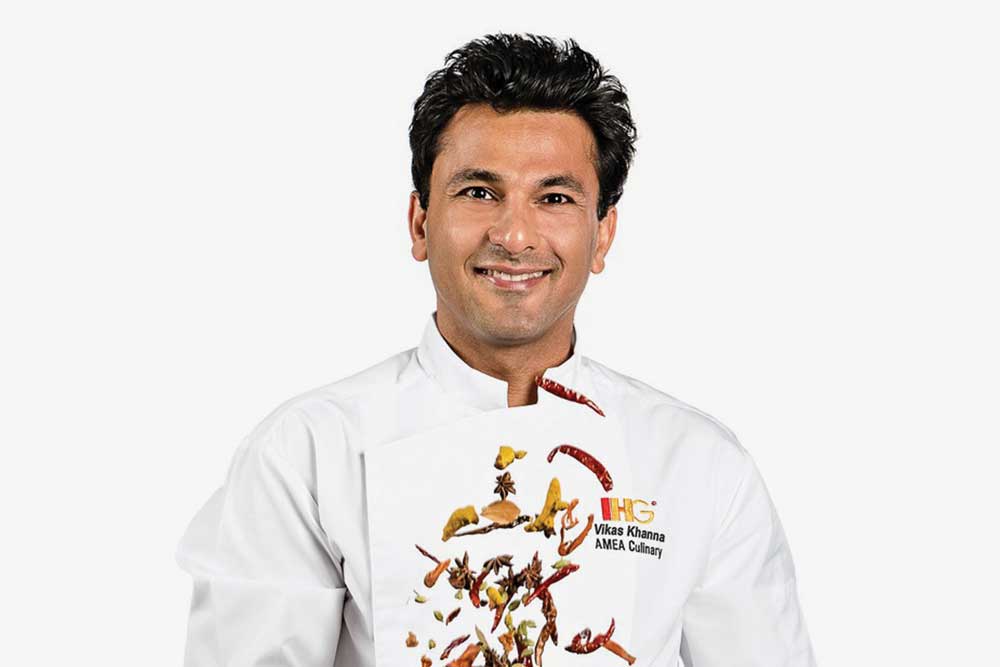 TASTING MENUS have become de rigueur these days in restaurants, and not just in the fine dining ones. A tasting menu, which has its origins in the banquets and feasts of ancient Greeks, Indians, Persians and Romans, and continues in the degustation of the French and the omakase of the Japanese, consists of, as the Oxford Dictionary says, ‘sample portions of many different dishes served in several courses for a set price’. But the dictionary’s description does not do justice to the complexity of the endeavour. A tasting menu is to food as a symphony is to music, and a garden dreamscape is to gardening, and a novel is to an author. It is in the composition and the performance of a tasting menu, in the drama in multiple acts created on a series of plates, that a chef climbs the creative pinnacle inhabited by top composers, musicians and artists.

To design and create a tasting menu that would transport its diner to the realm of the sublime is akin to a violin virtuoso performing a concerto. As we all know, a concerto consists of three movements: a bright and lively section that allows the artist to display brilliance of technique and rhythm (allegro); a slow movement that asks for emotional expression and variety of tone; and a movement (rondo), which asks for all these qualities combined together with a patina, a finish. In assembling a tasting menu, the chef is expected to display not just technical brilliance, and harmony in the design of the progression of dishes, but also skill in preparing the dishes, judgment of a high order, and on occasion, talent for composition or improvisation (if a diner with a nut allergy were to join the table).

Given such a high bar, one would think that a chef would be quite hesitant to offer a tasting menu. That, sadly, is not the case. In New York and London, the concept has become a veritable epidemic, while in India, what used to once be confined to five- star hotel restaurants has now emerged in the menus of many other restaurants. The more recent craze for tasting menus is attributed to the influence of Chef Ferran Adrià of El Bulli, and Thomas Keller of The French Laundry who served up to 50 courses in one meal in the 1990s.

Needless to add, the price is prohibitively expensive (think up to $1,200 for two in Masa Takayama’s Japanese restaurant where one is presumably paying the first class airfare for a salmon and a pike to travel to your plate from Japan). A non-vegetarian nine- course tasting menu at the Taj Zodiac Grill in Mumbai is Rs 8,000 plus taxes, and the vegetarian one is Rs 7,000 plus taxes. Now, I would say that the price and the time spent on such a tasting (2-6 hours depending on the number of courses) is well worth it since, if the chef gets it right, she is providing a truly sublime experience where each of one’s five senses is evoked and nourished.

Alas, ‘if they get it right’ is the operative phrase. Recently, we went to a very famous fusion restaurant in New Delhi owned by a highly regarded chef. “The food is fabulous,” said a friend who tries all the new restaurants in every city she visits. There we were, fork and knife in hand, waiting for the first of the six course non-vegetarian tasting menu. I expected each course to titillate a different set of taste buds, and to also experience an array of cooking styles—raw, fried, poached, steamed and grilled. I expected whimsy and wit on the plate.

The first dish was a papdi chaat with tomato chutney. Sweet. The second dish contained duck, yoghurt and despite a chilli chutney was on the sweet side of the scale. The third dish was a prawn one with wasabi cream, and much to my dismay, it was sweet since the wasabi shavings were almost nonexistent. The next dish described itself as sweet spare ribs. Where is the savoury or sour in this progression of dishes, I wailed. The manager took pity on me and brought some mint chutney with the galouti kebab (which was delicious). My lunch companion, who had initially praised the first two dishes, joined my bandwagon. The ordeal continued all the way to dessert and that I must say was truly a cadenza—chef did show true creativity. While the non-vegetarian menu did demonstrate an array of cooking styles, the vegetarian one, according a Jain friend (who had gone there the previous week), had an abundance of fried dishes at the beginning, leaving her feeling too full to appreciate the delicious main course. Our experience did not match the steep price (Rs 6,000 with wine exclusive of taxes per person for the non-vegetarian option, and Rs 5,000 for the vegetarian one).

Were we expecting too much from the chef? If we were listening to a concerto and the violinist stuck to one tune, would we not boo him or her? Or was it just my taste that was at fault? After all, the friend who had recommended the restaurant had no such problems with the food. After my rant, she returned to that restaurant and ordered a la carte and left feeling satisfied again. ‘I know what to order,’ she said. But surely, a tasting menu that is presumably showcasing the chef’s dreamscape, ought to be even better than the regular fare?

A true tasting menu ought to be a proper saga. Heston Blumenthal’s iconic restaurant, which reopened in 2015 after a £2.5 million makeover, serves 17 courses (priced at £255) designed to reproduce Heston’s perfect day on a family seaside holiday. According to critics, it deserves its three Michelin stars. Why? Let’s take the emotions connected with a seaside holiday. Splashing in the water, beach games, picking shells, picnic basket, buying ice cream or sweets from the vendors, cold water (if you are in England like Heston) which feels warmer after you have swum in it, sun bathing, and so on, are what come to mind. The tasting menu’s dishes include playful ones—sweet shop doll’s house, a pillow floating six inches above the table— and highly interesting techniques—simultaneously hot and cold rabbit consommé (see the bit about swimming above). Another dish is called ‘The sound of the sea’—a mixture of fish and sea herbs, presented on tapioca sand with seaweed foam, and an iPod inserted in a conch, with headphones trailing out, through which one can listen to a recording of the gentle lapping of the sea on the shore and the cry of a seagull.

Michelin-starred Vikas Khanna’s Junoon in NYC has a tasting menu with crispy skin wild striped bass malvan, served with fresh cilantro and coconut sauce, masaaledar lamb chops served with anardana brown butter sauce, and so on. These dishes do capture the rhythm of India—of jungles, spices, and a nod to the long coastline.

I have not eaten in either of these restaurants, but just reading the menu tells me a gripping tale. I have sampled other tasting menus in the past, and those that tell a story about a particular cuisine or history—Deccani, Gujarati, Awadhi, Korean, Japanese, French—are more likely to transport a diner to that era than a fusion style cuisine. This is because taste-wise, fusion food in India is still in its infancy as compared to the highly sophisticated regional cuisines. Compare eating chaat in a taco with the chaat you would have in Bengali market, New Delhi. It is not a patch on the real thing.

So, why do we put up with the dross? Is there a tyranny of the tasting menu? Recently, The New York Times’ food critic weighed in on this in a scathing piece, as did Vanity Fair. Tasting menus take away the choice of a diner, too many courses and not enough individuality and quality. ‘The courses blur, the palate flags, and the check stings,’ concluded the NYT food critic. They are simply smaller versions of the items on the menu rather than being a story told by the chef to the diner. The chefs are doing it to get Michelin stars, says another chef.

I wonder if the popularity of the tasting menu in the past two decades and its decline these days has a symbiotic link to the economy. Could it be that booming economies create heftier wallets and a propensity towards developing one’s aesthetic taste, while recession-hit times encourage frugality and a sense of guilt about spending hours at a lunch or a dinner, time that ought to be spent in productive activity? If so, the decline is a cause for concern because the cultivation of our taste buds is a serious activity that ought not to be at the mercy of the vagaries of the stock market.

Whether a chef wants to highlight structure and form (like the manicured, topiary-laden gardens of Versailles reflected in traditional French or regional tasting menus) or a wilder medley of flavours (like a woodland or an English cottage garden or the seaside as in The Fat Duck tasting menu), what we expect is a symphony on a plate. Yes, it is difficult for a chef to deliver on the promise, but isn’t that the challenge? And if he or she does deliver, our memories will forever applaud that meal.