Irom in Her Soul 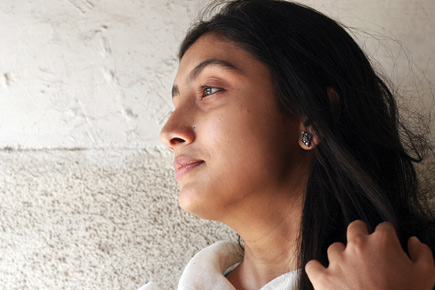 
Over the past couple of months, a debate about the hunger fast as a weapon of blackmail has occupied plenty of media space, yet there’s pretty much no mention of Irom Chanu Sharmila. The lady has been on a fast for more than 11 years now, enduring forced nasal feeding for most of this period . Her demand is that the Armed Forces Special Powers Act (Afspa), enforced across the Northeast since 1958, be repealed. A law based on ordinances of the British colonial-era, Afspa gives extraordinary powers to the armed forces in the region, including the authority to shoot on suspicion. Evidence has mounted over the years that Afspa has been severely abused.

“Why should laws formulated to repress the Freedom Movement influence free India?” asks Ojas SV, a Pune-based theatre activist who has put together a disturbing but powerful play called Le Mashale about Sharmila’s struggle.

“I have known about Irom Sharmila for quite a few years now, and I wanted to do something to support her cause. I didn’t know what,” says Ojas.

In early 2010, she found a way. Civic Chandran’s Malayalam play Maira Paibi, based on Deepti Priya Mehrotra’s book Burning Bright: Irom Sharmila and The Struggle for Peace in Manipur, was the talk of the Pune theatre circuit. Maira Paibi, which roughly translates as ‘female torchbearers’, is also the name of a Manipuri women’s group, founded in 1980, that strives for peace in the state. The group takes its name from the local women who used to patrol towns and villages at night with torches. Ojas decided to adapt Chandran’s work into a one-person bilingual play. The play also includes poetry by contemporary poet Anshu Malviya and Sharmila’s own writing.

Beginning last May, Ojas has put in 107 performances across 15 states, including Kerala, Orissa, Tamil Nadu, Maharashtra and Uttar Pradesh. Choosing the one-person play format has turned out to be both practical and powerful. “Wherever I am invited, I go and perform. The groups or people who invite me pay my train fare and I stay at their homes,” she says. Since Ojas doesn’t have to depend on the schedule and willingness of co-actors or technicians, she has been able to take her play to a large number of places. “I request help from local residents to set up the stage,” says the actress. Before each performance, Le Mashale, which is mostly in Hindi with a few English dialogues, is introduced by a local resident. “The play has music, drama and action, so it’s not hard to understand. Especially in areas where people are familiar with police or government suppression, language is not a barrier at all,” she says.

Ojas has relied on private donors and a collection-hat that does the rounds at the end of each performance. “People in poorer rural areas are especially giving. I frequently see old, worn-out rupee notes that have been saved up for something special,” she says. But her performances are essentially not-for-profit. Ojas speaks of having gained in “social capital”. “There’s a vast difference between the person I was a year ago and who I am now,” she says.

Ojas is just back from performances in Vaishali, Darbhanga and Begusarai in Bihar, and if she’s tired or missing a settled routine, it doesn’t show. Her unconventional life has been partly inspired by an unconventional upbringing. Ojas’ mother, Suniti SR, is a member of the National Alliance for People’s Movement that also supports, among other issues and leaders, the Narmada Dam protest and Irom Sharmila. Ojas’ childhood memories are of performing in street plays and joining her mother in the Narmada Valley for protests.

Not everyone responds well to Le Mashale, though. In Orissa’s Dhinkia village, for one, Ojas was detained by the police after a performance. “I was being addressed with some politeness but my local supporters were being subjected to crude language and threats,” she says.

“People detest the police in those parts,” says Ojas. The village is currently mired in a land acquisition controversy. Korean steel company Posco and its Rs 52,000 crore project has been a threat to the people of the area for six years now. Outsiders, especially activists and journalists, are treated with great suspicion by the authorities.

Barring a couple of unpleasant incidents, like the one in Orissa, Le Mashale has been well-received even by those audiences who belong to the groups Ojas is critical of in the play. After her performance at the Jaipur Police Academy, one of the policemen stood up and announced to the rest of the audience that he had been posted in Manipur for 30 years and that the play was an accurate representation of the state of affairs.

Unfortunately, the leader that Ojas idolises and has worked so hard to support remains inaccessible to her. Sharmila is confined in a local hospital at Imphal, with policemen on guard at all times. A meeting with Sharmila requires four levels of bureaucratic and political permissions, including one from the Chief Minister of the state.

The only direct interaction Ojas has had with Sharmila lasted barely a few seconds. In 2010, Ojas was part of a small group that was carrying out a rally from Cherthala in Kerala to Manipur’s capital, Imphal. As part of the rally, Ojas was allowed to walk past the room that Irom was confined in. “She gave me a reassuring look,” she says, “I have written many letters to her and I am glad she knows about my work. Of course, she can’t write back to me, the government forbids it.”

Ojas has turned into something of an inspiration herself. After watching Le Mashale, many individuals and groups have pledged their support to Sharmila’s struggle. Most recently, after watching the play, a bunch of people in Bihar formed a group called Le Mashale. They aim to generate awareness about Sharmila and the situation in Manipur, and have started off with a candlelight march in Patna.

Ojas says she receives invitations to perform almost every day, and will continue to travel. But she also intends to share her script with other performers who might be interested in doing something with the project. “I am approached by many talented actors and I am thrilled that some of them will be taking Le Mashale forward,” she says.

For those who can’t watch her perform, the play is available on YouTube; just search for ‘Le Mashale’. It is a disturbing glimpse of the ignored regions of India and proof of the fact that the largest democracy in the world is not uniformly democratic.

Audiences realise, many for the first time, that none of the Northeastern states is mentioned in India’s National Anthem; they wince as she enacts a scene depicting how Thangjam Manorama was dragged out of her house by an officer of the Assam Rifles regiment in 2004. “Five bullets were shot into her vagina,” says Ojas, to the horror of those watching.