In today’s world of open source and Facebook, everyone curates and everything is curated. But does this mean that ‘anything goes’? 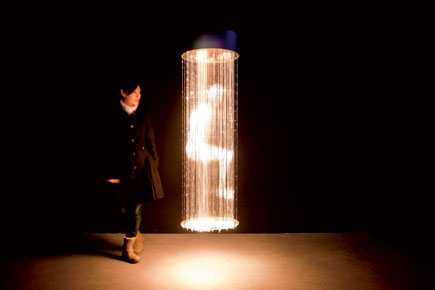 In today’s world of open source and Facebook, everyone curates and everything is curated. But does this mean that ‘anything goes’?


In one of the many winding lanes of Shahpurjat—arguable poor/underrated cousin to boho-chic central Hauz Khas Village—is a store called The Wishing Chair. Cute animal-printed ceramics, bird-cage lamps and other such Enid Blytonesque collectibles make up this consumerist dreamscape that its owners will tell you is an exercise in “curation”. Elsewhere in boho-chic land, a store brings together items like ‘a clay chappal fridge magnet’ or ‘tribal bamboo toys’ with each piece telling a ‘story’. This is Dhoop Crafts—‘A Boutique for Curated Crafts and Design’.

There was an India that its pre-liberalisation children have known where the word ‘curator’, as writer Girish Shahane points out, would be associated with “someone working on a cricket pitch”. And there is the India now. Flooding e-commerce websites, indie- stores, coffee shops and Facebook feeds, ‘curator’ appears to be to this generation what ‘doctor-engineer’ was to the previous.

‘Everyone wants to be a curator nowadays,’ writes Spanish curator Paco Barragán in an article called The Curator’s Paradox. “Everything from visual arts to films to books, to food and clothes is curated for the viewer,” adds Mumbai-based Nancy Adajania, who curated the 9th Gwanju Biennale (2012), and was one of the speakers at the recently-held Curator’s Hub at Kolkata’s Experimenter Gallery last month.

In the most traditional use of the term, a curator belongs to the art world, engaging in a constant process of selection and omission. “A museum curator tends to the collection, augments it, and creates shows based on it. An independent curator conceives shows, selects artists and convinces them to participate on the basis of the concept note, writes the curatorial note/catalogue essay/wall text, and usually designs the show,” says Shahane, who describes himself as a writer who takes on curatorial projects from time to time, and who spoke at the Hub about Homespun, an exhibition he curated in 2011 at the Devi Art Foundation.

But more important than what the curator does, is why she does, says Adajania. “Curation is part of my ongoing intellectual and philosophical quest. It is the quest that matters, not the institutional protocols of curating, which are part of the detailed pursuit of any serious practice. Above all, a curator bears witness to the complex realities of cultural practice, shifts in expressive culture. To curate is to commit oneself to an inquiry into culture, its forms and its producers,” she adds.

Some of the country’s earliest curators, observes Adajania, didn’t even call themselves that. “Even before the term ‘curator’ became current in the 2000s, critics and artists such as Geeta Kapur (Place for People, 1981) and Vivan Sundaram (Seven Young Sculptors 1985), to name just two, were engaged in the conceptualisation and organisation of exhibitions. I would explain their practice as a ‘proto-curatorial’ practice—an act of curation that did not have a name or context but which nevertheless performed the designated function.”

Adajania mentions drawing her curatorial lineage from pioneers such as Lucy Lippard, Gerardo Mosquera and Okwui Enwezor who did not study curation academically—there was no academic course in curating when they began their work—but who “made a lasting contribution to the field of curation by raising urgent aesthetic and political questions in relation to transcultural art practices, including neglected artistic voices from Latin America, Africa and Asia, to counter the West-centric global art discourse.”

But somewhere down the line, India—along with the rest of the world—entered the era of globalisation. Globalisation, the shrinking of the world, and the explosion of information, means “more artists, more curators, more everything”, says Oliver Kielmayer, Director of Kunsthalle Winterthur, Switzerland, who spoke at the Hub about cultural budgets, politics and time for contemplation.

In the art world itself there has been an explosion, says gallerist Prateek Raja, experimenter. “Though this does not necessarily mean that the number of exhibitions has increased exponentially, it does mean that because of technology I can see an artwork being exhibited simultaneously in Macau as well as Milan… In addition, art itself is occupying all kinds of spaces from design, [to] fashion, to architecture.”

“The curator gives us eyes,” says Raja, “letting the audience see things, and not letting them see things. A balance has to be maintained; too much control is also not a good thing.” For instance, Raja recalls an exhibition a few years ago which used for its theme a line from the popular Star Trek franchise—‘ Beam me up, Scotty.’ “To somebody unfamiliar with the movie, it might seem silly. But this is the job of a curator. To put together a body of art, to bring a twist to the phrase, to give it context, and to write about it—these are the layers the curator brings in,” he says. The layered nature of the curator’s work is what Adajania calls a “constellation”, as opposed to the one-dimensional act of putting together a display of artworks. “An exhibition does not simply constitute a display of art works. Rather, I treat the exhibition as a complex organism that can and must expand to include conferences, pedagogical workshops, research archives and publications. As a curator, I do not simply put up an exhibition; rather, I work to create a constellation of provocative forms and questions around the phenomenon of art.”

Sometimes curators can become roadblocks for artists as well; curators, like anybody else, can get information overloaded, Raja points out. He cites the 55th Venice Biennale (2012) curated by the New York-based Massimiliano Gioni. Two of the biggest criticisms of the event were that it was called ‘Il Palazzo Enciclopedico’ (The Encyclopaedic Palace), implying that Gioni didn’t want to take any positions, and that the mix of artists there was broadly the same as the artists in the Gwanju Biennale in 2010, also curated by Gioni.

Naturally, the same explosion is being mirrored in all aspects of life. The world has entered an era of information overload, with everything from your Twitter feed to what cuisine to serve at a dinner necessitating selection and omission, says Raja. “Curation is about informed selection; the curator is the person with knowledge and familiarity with the subject,” he adds. In a neo-liberal world, a “range of experiences are curated for the consumer”, adds Adajania. “A curated experience is perceived as a capital-generator and a value addition in a hyper-consumerist economy, thus we witness the ubiquitous presence of curated lists in the online and offline world,” she says. Buzzfeed, a website that puts together lists of various kinds (from funny owl photos to the best Woody Allen one-liners), has figured out that going viral is just a curatorial click away.

The flipside to this, says Adjania, is a “vulgarisation” through over-usage. “The problem with the word being used so loosely and freely is that everyone becomes a curator. The term has become so accessible that it dilutes the actual act,” says Raja. Like everything in the world of open-source, curation could well become a euphemism for ‘anything goes’. As Barragan concludes, despite the great resources offered to participants, ‘most exhibitions at De Appel curated by these ‘strongly motivated participants’, according to a De Appel press release, really suck.’