When open relationships fail to abide by the rules of friendship 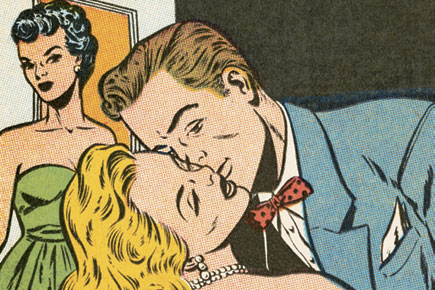 When open relationships fail to abide by the rules of friendship


Last week, I did something for the first time. In the four years that I’ve been writing about relationships and sex, I’ve never met a reader. As a rule, I respond to every email I get—whether it calls me unprintable names or waxes lyrical about what I’ve said; but somehow, until last week, I’d always declined invitations to meet anyone. There have been some interesting letters, and every once in a while, I’d be tempted. But something always held me back. All of that changed last week.

She wrote to me on a Thursday. ‘I read your columns last night. Every last one. For a while I’ve hated you. I don’t anymore. Have a good life.’ True to habit, I wrote back. And that’s how the floodgates opened.

We spoke about a lot of things. She told me about the man she’d been seeing for the past nine months, I told her about the two years I’d spent with The Dude. We’d met the men in our lives exactly the same way. She’d met him at a mutual friend’s party a few months after the love of her life got married. I’d met The Dude on our friend’s birthday two months after the biggest breakup of my life. He was supposed to be the guy who reinstated her faith in men. The Dude was someone I was using as an anchor to survive a storm threatening to sweep me away.

But that’s where the similarities ended.

I was dating a man who was complex and larger-than-life. When he would enter the room, he’d be my sole point of focus. When we were together, he was my whole world. Nothing and no one mattered more than him. And he knew it. That was the kind of power I had given him over me.

She was with a man she treated like a slave. When she’d say ‘Jump’, he’d ask ‘How high?’ He was her in-between man. The person who gave her sex until she was ready to fall in love again. He was her peon at work, her puppy at parties and her prostitute in bed. In her own words, he was her bitch. When she told me about him, I was appalled. How does anyone allow someone to treat him/ her like that? Did he have no pride? What kind of love does this to a person? She gave me an explanation. It made me throw up.

But none of this explains why she said she’d hated me. Because my Mr Two Years (I’m going to stop calling him The Dude; frankly, it just makes me feel like a bigger idiot than I already do) and her Mr Nine Months were the same people. Neither of us was surprised by the existence of the other. Neither had imagined a happily-ever-after with him; and yet, both of us feel cheated. Cheating in an open relationship… now there’s an oxymoron.

But this isn’t about the open part of our relationship, this is about the other relationship that had been building alongside: friendship. He may not have been The One, but each of us had come to love him as a friend. Each had thought that when the time came to move on, we’d be taking a friend along with us. Clearly, we were wrong; because unfortunately, the rules of friendship are pretty universal, no matter who the two main protagonists are. Friends don’t lie, cheat or disrespect each other. Friends protect your heart, not crush it.

That day, both of us lost a friend.

Every day for the past week, she and I have spoken for hours. All his lies, the explanations that didn’t quite make sense, the nagging feeling of something being amiss, it all makes sense now. They say that the truth will set you free, but not before it punches you in the gut—repeatedly.

At first I thought I hated him, hated him for robbing me of two years of my life. But how do you hate a man you don’t even know? Suddenly, he’s a stranger. When I see him now, I see a man I didn’t even know existed. I see a man who has no respect for women, a person with no pride and a price tag on his soul.

He gives me his explanations. They make me throw up some more. And yet, I listen to them.

Strangely enough, in moments of confusion, I still find myself missing him. Or the idea of the person I thought he was. I find myself digging my bank of memories, all the moments that I’d stored away in the last two years, in the hope that something will seem familiar. Hoping that some of it will still feel true. But none of it does. I miss my reality. Even if it wasn’t perfect, it was mine. If only it hadn’t been a big fat lie.