Why Indians hate the rich

There is more to it than political indoctrination and civilisational baggage 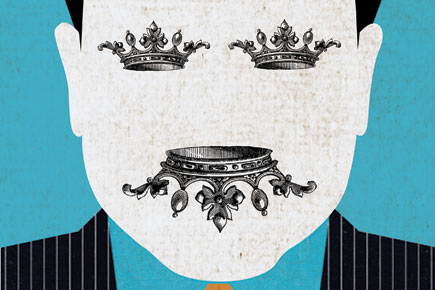 There is more to it than political indoctrination and civilisational baggage

There is still shame in being rich in India. And being rich is subjective. It doesn’t matter how rich you are. What is important is that you are rich enough in the eyes of the beholder. It also doesn’t matter whether you have worked hard to get to where you are. What galls Indians are the rich. The two- wheeler owner perhaps despises the four-wheel owner, and the hierarchies just keep moving upwards. We are almost loath to admit wealth and it is not just for the sake of grace and etiquette, but almost in a manner that seems apologetic. We despise those who have more than us not because it disgusts us, but because we don’t believe the rich deserve to be where they are. This is true, but then again, only partially. It is a fact that many who are rich today have no legitimate business being rich. There are many in the upper classes who wear their wealth on their sleeves. I have often been dismayed by the lack of general good that some of the rich indulge in, but that’s because we also have this grand habit of building legacies. We don’t believe there should be anyone else benefiting from the wealth we may have accrued. I know many wealthy people who wouldn’t balk at spending lakhs of rupees on the wine they drink or on the weddings of their ugly brats, but would cringe to give back to society in any measure. They are the ones who create this enduring perception of the Indian Rich being a self-serving class.

But to examine why Indians hate the rich, we have to once again fall back on history. Piety and academia were once the twin birthmarks of success. This had been part of Indian civilisation for aeons. Renunciation was seen as a sign of maturity and goodness. Hoarding money was seen as something despicable and crass. Often enough, lack of money was spun into a badge of honour. I remember growing up in Calcutta where one was shy of driving up to one’s college on a motorcycle. A car was unthinkable. Being different from the rest carried a social stigma, and the core differential was wealth. Which is why money to many in Calcutta was unimportant; what was, was your ability to hold your own in an involved discussion on Marx and Engels. Or your ability to spout Keats and Milton with equal felicity. We must also remember it was a citadel of intellectuals, the city. And the Marwari influx didn’t help matters either. The average Calcuttan was aghast at wealth without an academic edifice.

From Calcutta I moved to Bombay, which celebrated commerce and wealth but only as symbols of success and achievement. Bombay was—and remains to some extent—the city of dreams, and it was fine if you had some of its gold dust sprinkled on your being. But then again, the rich were born to some levels of goodness, and this was mostly thanks to well-off Parsis who still wear their wealth so lightly. Almost every institution that was created in the early 1900s was thanks to some Parsi benefactor, be they homes for the homeless or hospitals or temples of the arts and sciences. And then came Independence. But the years just preceding 1947 were those of sacrifice, where once again the rich were seen to be anti-national or uncaring for the multitudes who had to live in penury or deprivation.

What followed independence was the annihilation of the concept of good wealth. We were born free but in chains: shackled to silly notions of socialism, which looked at wealth as a social evil. But there were some other realities too: the exodus of people from Pakistan to India made the behaviour of many in the North ruthless and laced with greed. There were other fallouts of socialism. Nehru was not just loved but followed: there were many who caved in to socialism as the country’s preferred social and commercial disposition. So even if you had money, you behaved differently. Elegance and education played their part in refinement as well. But that slowly began to disappear. With economic liberalisation and the implosion of media, there was a lot to be said about stated wealth. At the same time, the stock market showed up symbols of excessive wealth that for some time adorned magazine covers and then made for jail profiles. It was during that stock market boom and as a fallout of many scams, some dating back earlier, that we began to see hatred replace envy.

Sadly, nothing has changed to this very day because many who are rich have been proven to have gotten there by emasculating the system—violating all manner of laws and then exhibiting a brazenness which is not just galling but reprehensible. Rich lists and stories of private jets and yachts didn’t help matters. The same Bombay that celebrated success was beginning to spawn a new currency of envy cloaked in hatred. Delhi had now become the certified hotbed of corruption and easy money, whilst Calcutta was reeling from one chit scam to another. When three of your principal cities suffer such afflictions, there is little that the rest of India will or can do.

The rich at the same time wanted to live a life they believed they had earned. And that is fair too. But to get rid of civilisational taboos is difficult for any society, as it is for today’s India. We have a piquant situation. We want every global brand in our show windows; we want weddings and birthdays to be as garish as ever; we want to show people we have arrived; and in all this, there are only a few who fear breaking the law. When wealth is aspirational, it serves a great purpose of stoking others to achieve. But when wealth begins to mock the state of deprivation that most others are in, it takes on a role that is best described as ghoulish. Today people want to eat the rich and not venerate them. We keep using the examples of old money only to distinguish ourselves from the louts with money who have injected vulgarity into everything they do.

I do not believe it is going to be an easy ride for the rich. There are too many social disparities that India needs to exorcise. There is a lot that we need to teach the ones who have, especially the art of giving. Our rich continue to earn but refuse to share the burden of an equitable society, which we must. There continue to be cases of profit- eering at the expense of the State, which is seen as our money being squandered by the privileged. That creates its own angst, as it should. Not enough rich people are seen to be compassionate or even nationalistic. Very few among them have given the nation any meaningful institutions that we can truly be grateful for. Yes, schools and toilets will be established, but that is seen more as obeisance to a government diktat than a call of conscience.

If the rich want some respect in this country, they will have to earn it. For some, this may be a revelation; having fed off a system they are adept at manipulating, they sometimes fail to see how they are regarded by those outside it. They will have to realise that being feted for being monetarily rich is far different from being humanely rich. And the day the wealthy in India can even grasp this difference and work towards a more equitable and fair India, we will have moved the needle from hatred to respect.

I never grudge people their money. I always despise their lack of empathy. It is time for the rich in India to have a balanced heart rather than a mere balance sheet.