Why Don Can’t Fly to Dubai

Why Don Can’t Fly to Dubai • Feeling Sorry for PC 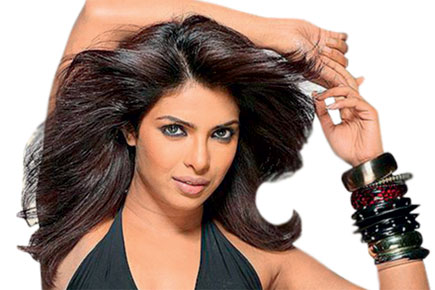 Why Don Can’t Fly to Dubai • Feeling Sorry for PC


Why Don Can’t Fly to Dubai • Feeling Sorry for PC

A gala premiere of the new Shah Rukh Khan-starrer, Don 2, which was originally scheduled to take place in Dubai earlier this week, was called off at the eleventh hour, and those involved are pointing fingers at the film’s producer, Ritesh Sidhwani.

A source closely linked with the dealings reveals that the Dubai-based promoters of the premiere had agreed to every single one of Sidhwani’s “ridiculous” demands, including paying for close to 35 first class and business class return air tickets to Dubai for the stars, their families and their staff. But when Sidhwani reportedly demanded that the fee that was to be paid to them by the promoters (for showing up in Dubai to grace the premiere) be coughed up in advance and in full cash, the promoters threw a fit.

They are believed to have told Sidhwani that they didn’t have liquid cash to pay in advance and in full, given that they had been spending generously on the arrangements for the premiere. But they assured him they’d have the fee ready for him on the team’s arrival in Dubai, since they were expecting sponsors to send in their cheques during the week. When Sidhwani allegedly insisted on being paid the full amount in cash, the deal fell through.

Sidhwani, however, has an entirely different version of the story. The producer has been saying he pulled out of the premiere because he was never quite convinced of the promoters’ credibility, and because he didn’t want to take the risk of flying his stars to an event organised by people he couldn’t really trust completely.

Practically all of Bollywood showed up for Ritesh Deshmukh’s birthday party last Saturday at Four Seasons Hotel in Mumbai. Among them was Priyanka Chopra, who, sources reveal, spent most of the evening chatting with Salman Khan’s little sis, Arpita. Not because they’re old friends or because they were catching up after ages, but because a certain star wives-club decided to give her the royal ignore.

A bitchy actress also present at the do insists that Gauri Khan, Suzanne Roshan and Mehr Jesia-Rampal—all of whom were her friends not so long ago—greeted PC indifferently when she showed up, and proceeded to exchange frosty vibes with her for the better part of the evening. The source also dismisses tabloid reports that Priyanka seized the opportunity to bury the hatchet with Salman Khan at the party: “Salman knows Priyanka is thick with Shah Rukh. It’s highly unlikely that he’d patch up with her.”

Priyanka, to her credit, has remained silent despite repeated incidents where she’s allegedly been snubbed by actors’ wives. The actress is believed to have told close friends that she’s uncomfortable with the ‘husband stealer’ label that some in Bollywood are quick to attach to her, but also insists she won’t sacrifice her friendships with some of her closest male co-stars only because their wives are insecure.