Whose India Is It Anyway?

Indians are diverse, but their narrower identities do not obliterate their larger ‘Hindu’ identity 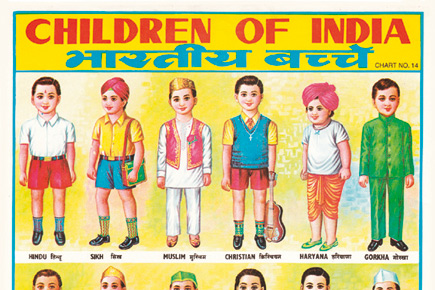 Indians are diverse, but their narrower identities do not obliterate their larger ‘Hindu’ identity.


I am thankful to the editor of Open for publishing my article on the idea of State and Nation (‘People Are the Nation’, 22 November 2010) and the rejoinder from Hartosh Singh Bal. I appreciated the title ‘Debate’, and I had hoped some more views would come and be published. As is the practice in any debate, the person who starts the discussion has a right to conclude—hence this piece, the final word from my side.

A young journalist like Hartosh should have appreciated the views of comparatively modern European thinkers. But let me assert that the idea of a nation, i.e. rashtra, is as ancient as the Vedas, the oldest extant literature in the world. The Krishna Yajurveda, in a benedictory prayer, says, ‘Let the Brahmin in this nation be endowed with spiritual excellence; let the Kshatriya be a fine archer and valorous, let cows give abundant milk, the bullock be strong to carry heavy weights, the horse of fast gallop; let the young men be worthy of speech in any assembly…’ The words used are asmin rashtre (meaning: in this nation). In the process of offering flowers at the end of any religious ritual, the mantras used are: ‘samudra-paryantaya eka-rat (This is one nation that spreads to the ocean). Mark the word eka-rat, meaning one nation.

The Vishnu Purana, while describing the expanse of this country, says, ‘to the north of the ocean and to the south of the Himalayas, Bharat is the country and the people born there are the Bharatees’. The precise words from the Vishnu Purana are: ‘Uttaram yat samudrasya, Himadreshchaiv dakshinam, varsham tad bharatam nama, Bharatee yatra santatihi’. This should suffice to prove that this whole country, meaning the people (literally, the country’s progeny) living in this country are one nation. I had quoted The Mahabharata only to explain the genesis of the state or kingdom.

It is true that people have narrower identities too—Punjabis for Punjab, Marathas for Maharashtra, Tamils for Tamil Nadu and Bengalis for Bengal. Their heroes and icons can also be different. But that does not obliterate their wider national identity. See their names. In Tamil Nadu, the Dravida Kazhagam founder, intense Rama-hater, was named Rama Swamy. And Rama was not born in Tamil Nadu. Adi Shankara, born in Kerala, established his mutts in all four corners of this vast country. Does this not illustrate the oneness of the country? Sikhism, Buddhism and Jainism are different religions, but they are all parts of the large Hindu Samaj, and their cultural values are Hindu values. Guru Tegh Bahadur sacrificed his life to protect Kashmiri Hindus.

Dr Ambedkar was conscious of this grand identity. He was the architect of the Hindu Code Bill—and he made it applicable to Sikhs, Jains and Buddhists. Why? When he was piloting the bill, a Sikh MP objected to the bill being applied to Sikhs. Dr Ambedkar silenced him. I don’t remember his exact words but I know their essence. Ambedkar had said that Sikhs should not forget their history and now it is too late to say that they have nothing to do with Hindu society.

The explanation to Article 25 of our Constitution says, ‘in sub-clause (b) of clause (2) the reference to Hindus shall be construed as including a reference to persons professing the Sikh, Jaina or Buddhist religion, and the reference to Hindu religious institutions shall be construed accordingly.’ Is this not authentic Ambedkar? Dr Ambedkar was not against Hindu culture, he was against Hindu rituals and especially the practice of untouchability. Besides, ‘Hindu’ is not merely a religion, it is a Dharma, I daresay it is the Dharma. The term Dharma has a much wider connotation. Religion is just a part of Dharma. Someone has said, “Hinduism is not a religion, it is a commonwealth of many religions.”

Hinduism has never been static—it is changing, ennobling itself, getting more and more inclusive. In the Vedic times, Indra, Agni and Varuna were the principal deities. Now there is not a single temple to Indra or Varuna. New deities—like Shiva, Vishnu, Devi, Rama, Krishna and even newer ones like Dattatreya, Vitthal, Khandoba—have come, and even more recently, deities like Santoshi Mata, Gajanan Maharaj and Shri Sai. All have their due place under the broad Hindu umbrella.

The different scriptures and modes of worship are not simply tolerated, they are appreciated, because there is a fundamental principle laid down in the Vedas: that ‘the Truth is one, but wise men describe it in various forms (Ekam sat wipra bahuda vedanti).’ Dr S Radhakrishnan has aptly described this unique phenomenon in the following words: ‘There has been no such thing as a uniform, stationary, unalterable Hinduism, whether in point of belief or practice. Hinduism is a movement not a position; a process not a result; a growing tradition not a fixed revelation’ (Hindu View of Life, page 105). Much can be written about the meaning of Dharma vis-à-vis religion. But that is a different subject. In my article of 22 November, I had referred to one meaning of Dharma, i.e. a moral code. This basic concept of Dharma is at the root of our cultural values, values that form the core of Nationalism.

In short, the idea of a nation is not nebulous. It is clear and definite and is accepted in almost all countries. ‘State’ is a different concept. There can be many Nationalities in a State. Two obvious examples are the USSR and Yugoslavia. So also one Nation can contain many States. Ancient India provides umpteen examples of this situation. Given the constraints of space, I should not dilate on that.