Where is the Honour and Dignity?

The way some of India’s institutions and their heads have functioned of late, their own cherished values have been prime casualties 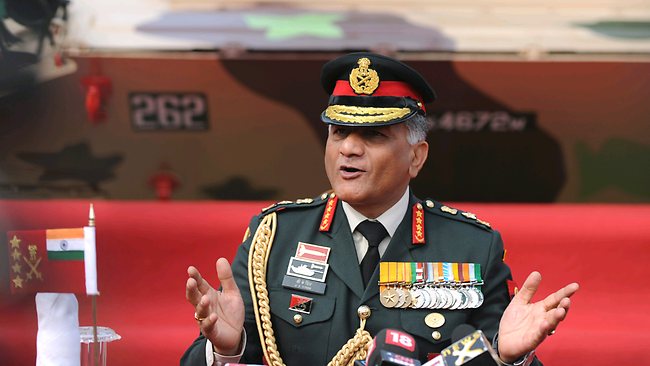 The way some of India’s institutions and their heads have functioned of late, their own cherished values have been prime casualties


More than a decade ago, one of my editors told us, a group of cub reporters and therefore eager listeners, that the Indian soldier is among the best and most reliable in the world. Our generals, he said, are zeroes and yet we win wars against Pakistan because their generals are double zeroes. India’s current Chief of Army Staff General VK Singh, however, assumed office in April 2010 on the promise of—among other things—being a different man. He seemed a man in complete command as the leader of the world’s second largest army. Among his priorities was fixing the low morale in the Indian Army, caused by a series of scams that preceded his tenure, by setting a few things in order and making the force battle ready. It is ironic now that he has opened a battle front against the Government that appointed him, merely to set his date of birth record in order.

In approaching the Supreme Court for fixing his date of birth as 10 May 1951 instead of 1950 in the records of the Army’s Military Secretary branch, which deals with promotions, he has become India’s first service chief to petition the apex court against the Government. General Singh insists that his fight is not aimed at prolonging his tenure—which would’ve otherwise ended on 31 May this year—but a fight for honour and dignity. These are keywords in a democracy. Only, the way some of our institutions have functioned of late, honour and dignity have been the first casualties. The matter of the erroneous recording of the Army chief’s date of birth went up to both Defence Minister AK Antony and Prime Minister Manmohan Singh. The last time the PM displayed any semblance of honour and dignity was when he held out against the UPA’s Left allies on the Indo-US Nuclear Deal and dared them to withdraw support in 2008. Days later, when the Left did pull the plug, Singh and his party abandoned those values to secure a victory in a confidence vote. It has been downhill since: accepting tainted allies back into the UPA, refusing to correct course until being forced by the Supreme Court in the appointment of the Chief Vigilance Commissioner, and scam after scam, the Government has shown that it has often had little to do with honour and dignity.

Antony had, even before he rejected General Singh’s statutory complaint in December, announced in Parliament last year that the latter would retire on 31 May 2012. As Defence Minister, his tenure has been marked by red tape. Delays in procurements have resulted in cost escalations. Modernisation plans for the defence forces are stuck at different stages. He has avoided controversies at the cost of taking vital decisions. The Defence Minister had referred General Singh’s statutory complaint to Attorney General GE Vahanvati. On a technicality, the attorney general  opined that General Singh should have filed for a correction of the discrepancy within two years of joining service. But more importantly, he contended that after General Singh had accepted his promotions from lieutenant general to Chief of Army Staff, such an alteration would disrupt order in the organisation. The Government’s succession plan for the Army chief’s office would go haywire if the alteration of records pertaining to General Singh’s date of birth were to be accepted.

According to the current plan, Eastern Army Commander Lieutenant General Bikram Singh is to succeed General Singh. The lieutenant general is facing a court case related to an alleged fake encounter in Kashmir Valley. The Government contends that General Singh had committed himself not to rake up the date-of-birth issue before being appointed the country’s Army Chief. General Singh’s birth and school leaving records testify to his claim. The Army’s Adjutant General branch, which deals with salary and pensions, too records his year of birth as 1951. Three former Chief Justices of India have supported his claim. If the court admits General Singh’s plea, it would be a loss of face for either the Government or him. The issue can be settled for or against either’s contention. But the fight for honour and dignity is a different battle, and this is not it.

Soon after he took over as Chief of Army Staff, General Singh was allotted a plot of residential land in Haryana under a preferential allotment scheme at one-tenth the market price. General Singh petitioned the state’s Chief Minister for a corner plot on the plea that his mother is unwell and ‘suffers from acute breathing and other health problems. Living [on] a plot which is one side open and surrounded by plots from three sides would add to her health problems’.

General Singh’s plea was rejected, but not on the grounds that the general’s invoking his mother’s ill health for a better plot smacked of an acute lack of honour and dignity.