Where history is a penalty

Luck apart, there is something majestic about penalty shootouts, and the Cup has a habit of making fools of forecasters, Pele included 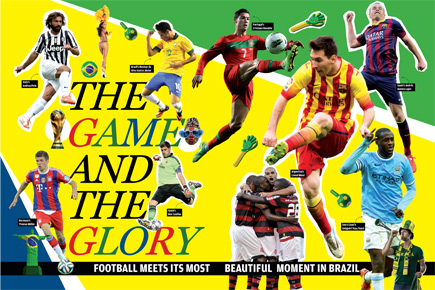 Luck apart, there is something majestic about penalty shootouts, and the Cup has a habit of making fools of forecasters, Pele included

Pele won three World Cups with Brazil, but for the last 40 years has attended the tournament as a kind of smiling, handshaking puppet in the pay of big sponsors. The old man doesn’t really like watching football, preferring to spend his days chilling in expensive hotel rooms. However, whenever he goes out, journalists often come up to him, asking which team he thinks will win this time round. In 1982 he tipped Chile. In 1990 he said, “Italy is the favourite.” In 1994, it was, “For me Colombia is the favourite.” In 1998: “Spain is the big favourite.” And so on. None of his chosen teams, unfortunately, achieved anything. Pele’s one famous macro prediction was: “An African nation will win the World Cup before the year 2000.” Until today, no African nation has got past the quarterfinals.

It’s easy to laugh at Pele. However, there is a deeper truth here: a football World Cup is probably the most difficult sports tournament to predict. Nonetheless, everyone tries. These days, in conversations and on TV panels around the world, people are arguing about which team is the best. This chatter misses a crucial point: randomness. Predicting the world champion is like predicting where the ball on the roulette table will end up.

Take the recent missive from an organisation known for its predictions in financial markets: Goldman Sachs. Every four years, the American investment bank publishes a brochure called The World Cup and Economics. This time, Goldman has calculated—based on factors like each country’s historical record, recent record, home advantage, etcetera—that hosts Brazil have a 48.5 per cent probability of becoming the world champions. Bookmakers, interestingly, have significantly less faith in Brazil: they too have the host as favourite, but at odds of only about 3-1 (stake one to win three). Goldman, in short, appears overconfident about Brazil. Meanwhile, it is under-confident about decent teams like Japan and Ghana: according to Goldman, each has 0.0 per cent chance of winning the cup. That’s too low.

The bank is underestimating the role of luck in World Cups. If this competition were a league, played over 38 or so games, all of them in Brazil, then Brazil would almost certainly win. However, that is over the long run, in which luck tends to even out. One week, the referee will mistakenly give your opponents a penalty; the next week, he’ll give it to you.

A World Cup, on the other hand is a much shorter competition. The champions will play just seven games within a month. Their last four matches will all be knockout games: one bad day, or a stroke of bad luck, and you’re out in 90 minutes with no chance to even things up next week.

Luck matters more in football than in other ball-games. In cricket, even in one-day games, each batting side has ten wickets to fall, so an individual dismissal is rarely decisive; tennis Grand Slams are played over five sets, so a favourite like Rafael Nadal can afford to lose two and still triumph. But in the knockout stages of a World Cup, a game is typically decided by just one goal—or by a penalty shootout.

Brazil’s coach Felipe Scolari, who managed the Brazilians to the title in 2002, understands the role of chance. I recently asked his great young striker, Neymar, what Scolari has told the players about World Cups. Neymar replied: “He says the World Cup is the toughest tournament. There’s no room for error, you can’t start off average, you must be at full speed from the get-go. It’s a short tournament where your margin of error is much smaller than in other matches.”

Many World Cups of the past have turned on one or two moments. In the final minutes of the World Cup final of 1978, with the score 1-1, a shot from Holland’s striker Rob Rensenbrink was agonisingly close to a goal, bouncing off Argentina’s post instead. The Argentines went on to win in extra time. Twenty years later, in the hours before the France-Brazil final, Brazil’s best player Ronaldo suffered what appears to have been a panic attack while sleeping; exhausted afterwards, he wandered the field like a zombie, and France won 3-0. In 2010, Spain became the world champion after scoring just eight goals in seven matches. They played badly most of the time, and probably wouldn’t have triumphed if a Paraguayan penalty attempt had scored in the quarterfinal, or if their keeper Iker Casillas hadn’t saved a Dutch shot with his studs late in the final.

Or think of England’s record of failure at modern World Cups. Last year, I discussed the issue with Greg Dyke, chairman of the English Football Association. He cited the theory that “the single biggest factor why England haven’t done well is because they’ve been unlucky”.

Just look at England’s record in penalty shootouts, said Dyke: of the 10 major football tournaments for which the English have qualified since 1990, they have exited six on penalties. Dyke had gleaned these ideas from Matthew Benham, a statistics driven professional gambler who owns the London football club Brentford. Dyke explained further: “[Benham] says you can alter the chances of winning or losing on penalties, but not by a lot. So if the luck had gone the other way, his argument is that we’d have won one or two of those and we wouldn’t be sitting here having this conversation.”

Indeed, anyone interested in the role of luck in history should watch the penalty shootouts in this coming tournament. To see a player walking from the halfway line to take his kick, knowing that the next few seconds may provide his epitaph, is to watch a man face to face with fate. Losing coaches often dismiss penalty shootouts as a ‘lottery’, and there is something to what they say. However, there’s also something majestic about the shootout. It’s a kind of unscripted drama—watched by hundreds of millions of people worldwide—about the role of fate in human events.

We watch the World Cup for the beauty, for the nationalism, for the experience of a global carnival, but also just to see chance in action. This tournament tends to make fools of forecasters, from Goldman Sachs to Pele.

Simon Kuper
Simon Kuper is one of the world’s foremost writers on football and a columnist with Financial Times. His books include Football Against the Enemy, Soccernomics and The Football Men