What Lies beyond Anna’s Fast 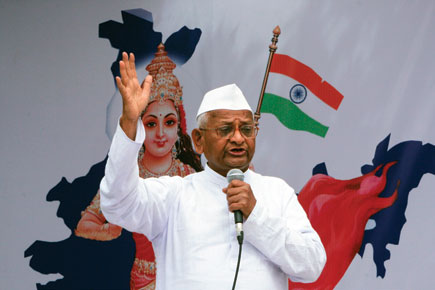 
Those who are not affected by ideological prejudices nor enamoured of barren theorising will wholeheartedly congratulate Anna Hazare on his victorious ordeal. It is not easy to make a government cave in to a peaceful agitation. Almost the whole nation, from scheduled castes to scheduled tribes, from intellectuals to farmers, from students to religious leaders, from the young to the old, all supported the fast. But this victory of a non-violent mass awakening became an eyesore to quite a few so-called intellectuals and media personalities. They found this agitation a subversion of democracy and an insult to our Constitution. One intellectual has even gone to the extent of comparing this peaceful protest with the Maoist revolution! I can’t imagine to what depth inanities can go.

The main idea was to establish the institution of ‘Lokpal’. Has the Government said it is against this institution? If such had been its attitude, it would not have drafted its bill. But the Government’s draft was a caricature of an expected effective law. It was absolutely flat and pointless. Take the constitution of the proposed selection committee for the Government draft. It is a committee of eight persons, six of whom are part of the Government machinery. Only two are from the opposition. Will this committee make a judicious choice? Have we not seen how a majority of two in a committee of three abandoned all sense of propriety in the selection of the CVC? The committee was even reluctant to consider other names in the panel. And who according to the official draft will come under the purview of the Lokpal? Only MPs and ministers. Why not bureaucrats? Are they immune to the virus of corruption?  Can a minister indulge in corrupt misadventures without the overt help of bureaucrats working under him? Why is the PM excluded? And why the judges? Are we ignorant of the Dinakarans and the Balakrishnans?

There can be a variety of opinions on certain stipulations in the Jan Lokpal draft. But nobody claimed the draft was the last word. Their demand was that a new draft be made and representatives of civil society be included in the drafting committee.

It is also being portrayed that the Lokpal will be a new despot like Gaddafi in Libya. But the Lokpal’s jurisdiction is limited to the issue of corruption in administration. The Lokpal has no authority to lay down policies in matters of defence or the national economy or foreign affairs. Who has ever doubted that that is the Government’s prerogative? But if all was well with our hallowed Constitution, our sovereign Parliament and our powerful Government, why would there be Quattrocchis, Rajas, Kalmadis, Hasan Alis et al? Why and how were lakhs of crores stashed away in foreign banks? What did our sovereign Parliament fail to stop the ‘adarsh’ abuse of power? I do not wish to suggest that the Lokpal will never err. But there can be remedies like appealing to the Supreme Court. Admitted that a law, however stringent, cannot achieve its goal hundred per cent. But are laws necessary or not? There is a law against thievery. Has it stopped all theft? No. Is that law, therefore, useless? What is a ‘State’, after all? A State exists in law. It works through law. And, in a sense, the state is law, if law means effective rules.

Prejudiced media even took objection to the picture of Bharat Mata at Jantar Mantar; they smelt an RSS conspiracy. I do not understand whether it is crookedness or foolishness or both. In short, all thinking people will rejoice and they have shown their joy that Anna Hazare came out of this severe test with glory.

But instituting the Lokpal is not sufficient in itself; it is only one of the many essentials. We have to go to the roots of corruption. We have to address our electoral system—another source of corruption. We have been following the British pattern of first-past-the-post, in which even a candidate getting 30 per cent of the total vote gets elected and flaunts his popularity and claims to represent the whole constituency. There are quite a few options: compulsory voting as in Australia, list system, re-election if no candidate gets more than 50 per cent votes, the Government bearing all the expenses of candidates, auditing of funds of political parties (HD Kumaraswamy, ex JD-S Chief Minister of Karnataka, had the courage to admit that political parties cannot run without corrupt money), direct elections to representative bodies up to state Assembly (but indirect for the Lok Sabha, where the electorate will consist of members of legislatures, municipalities, zilla parishads and village panchayats), right to recall an elected person, its methodology and instrumentality, prohibiting criminals from entering legislative bodies. Let there be meaningful public debate on these issues. And be sure no government will initiate the process; civil society must undertake this onerous task. Let not the enthusiasm generated by Anna Hazare’s penance subside with the formation of the Lokpal. The eternal vigilance of people is the only guarantee of a healthy democratic polity.