Why I’d always pick the latter 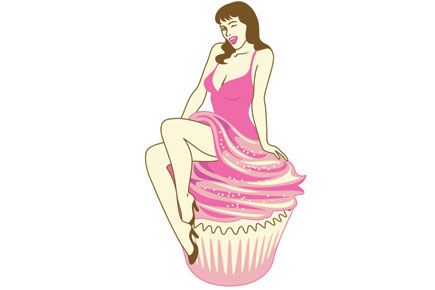 Why I’d always pick the latter

A few days ago, another birthday whistled past. One more year of my life’s ledger showing more red than green. Books I’d started reading but abandoned midway. Books I’ve started writing but haven’t completed yet. People I’d intended to meet. Milestones that shouldn’t have taken quite this long to reach. Friends I’d let down and those I didn’t fight hard enough to keep in my life. Money that I could and should have saved; or at least spent better. And the worst—falling recklessly, hauntingly and totally in love. At 27, so much red on my balance sheet should terrify me. For a while, it did. Here is a gist of events in my life:

January, week 1: Clearing my inbox, I chance upon an email a friend had sent about seven months ago. It’s a link to a column in The Indian Express. The writer, while ridiculing a popular columnist, had declared that she quite enjoys my ‘brave, unflattering truths’ and ‘lost-girl-on-the-verge-of-discovery’ ruminations. Makes for ‘delightful reading’? Really? Awww, thanks! But that was half a year ago. Reading the column again, a fortnight before my birthday, feels like emotional and intellectual masochism. A few words leap out at me. Lost. Verge. Discovery. How long was it okay to hover indecisively on the brink before you simply must take the plunge and discover yourself once and for all? And if there really was a prescribed time frame, why had it not happened for me? I feel like the Uday Chopra of the grown-up world. Was I going to go from still-testing-the-waters straight to a swan song? It’s a depressing thought.

January, week 2: I’m at a coffee shop, watching a friend digging into cupcake the size of a newborn’s head. I hide behind my laptop and pretend to type to keep my hands from reaching out and grabbing her food. “Whatchu writing?” she mumbles around a mouthful. “Between The Sheets.” Long pause. “Have you really had so much sex or you just make it up?” This time she enunciates each word. Loudly. A couple of people turn around and stare. I don’t know how to answer.

Fortunately, there’s no need to. “I think you’re incredibly brave and self-aware to put yourself so out there. I would never have dared,” she admits. Again, a few words stand out. Brave. Self-aware. Dared.

Two women, two versions. One thought I was still discovering myself, the other believed I had a great handle on who I was. Which version is more me? I didn’t know, and to my surprise, I didn’t care. Because I’d found the word I’d really been looking for: dared.

As kids, we’ve all played the game of Truth and Dare. It’s always easier to pick truth, because you can lie and get away with it with no one the wiser. But each time you pick dare, the stakes are higher. To be truthful, you just have to lie masterfully. But daring is an epithet that requires actual earning of stripes. It can be frightening and addictive, usually both at the same time. And I have to admit, I’m hooked to the feeling. It’s not always easy—I may have lost count of the number of times it’s happened, but each time a hater sends an email volunteering to rape me to cleanse my mind of its depraved thoughts, I feel a little chill go down my spine. It’s not limited to nameless, faceless strangers hiding behind the anonymity of the internet; sometimes, guy friends take liberties they wouldn’t dare in a million years with their other girl friends. One cornered me outside a bathroom once at a party and demanded that I show his girlfriend how a good blowjob is given. Another one, pissed after losing an argument, asked me what my going rate was. Each time I’m faced with people and situations like these, it changes me in small, subtle ways. And the process of self-discovery starts all over again…

So this column is dedicated to the cleverest set of co-players I could ever have asked for; without them, life would be an unrelentingly boring series of truths and half-lies. And I’d be forced to discover myself and stick with that knowledge. Ewww.