Too Talented to Be a Heroine 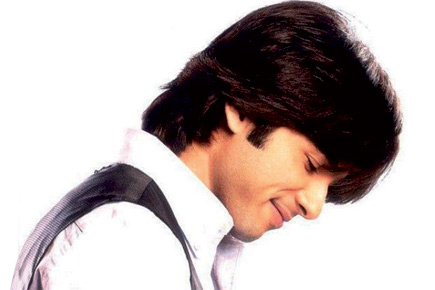 
If Zoya Akhtar had her way, it wouldn’t have been Katrina Kaif who starred opposite Hrithik Roshan in Zindagi Na Milegi Dobara, but—hold your breath—Kalki Koechlin. Sources within Excel Productions reveal that the Luck By Chance director had screen-tested Kalki to play the big female part in her second film, but the idea was allegedly shot down by everyone—from her producer Ritesh Sidhwani to her close friends and associates.

Apparently everyone around her felt the Dev D star was too ‘arthouse’ to be cast opposite a heartthrob hero like Hrithik, and Zoya was persuaded to seek out a more ‘conventional’ actress. Not that she had issues with Katrina or was forced to cast her against her choice. Zoya reportedly zeroed in on Katrina once she’d been convinced the film needed a more ‘mainstream’ presence, and got along with the actress famously while shooting together.

When it came to casting the second female lead in the film, the director reportedly insisted on Kalki. For the role of the nagging, clingy girlfriend who crashes her fiancé’s bachelor holiday, Zoya couldn’t look beyond Kalki, who sportingly took the part even though the character doesn’t even get her guy in the end. Zoya has said this was the role she had most fun writing “because it has so much meat to it… it’s a more fun character to create”.

The Fall of the Picky Star

If Shahid Kapoor had foresight and instinct, he might’ve been smiling from the success of one of 2012’s biggest hits and easily the year’s most surprising film. It’s true… before roping in television anchor Ayushmann Khurrana to play the lead in Vicky Donor, director Shoojit Sircar approached Shahid to star in his quirky comedy about a Dilli sperm-donor. But the Mausam star reportedly laughed in Sircar’s face and said he just didn’t get it, adding that he was uncomfortable with the film’s “unusual” theme.

Currently filming Rajkumar Santoshi’s comedy Phata Poster Nikla Hero with Barfi star Ileana D’cruz, the actor has been sending out word that he’s only interested in doing “hardcore commercial films” at this point. He famously ticked off I Hate Luv Storys director Punit Malhotra by saying he would read his new script only if the director could “assure” him the film would make Rs 100 crore at the box-office. Band Baaja Baaraat director Maneesh Sharma, who’d signed the actor for his next, allegedly asked his producer Aditya Chopra to intervene when Shahid began interfering in departments like casting and costumes. Chopra is believed to have flown in from London for a weekend to fire the actor from the project.

There has also been a falling out with his once close friend Ken Ghosh, who directed him in his debut film Ishq Vishk and two subsequent duds Fida and Chance Pe Dance. Once inseparable, the two men are now not even on speaking terms because both hold each other responsible for the failure of their last film together, which they completed under much stress.

But it’s his falling out of Vishal Bhardwaj’s good graces that the industry considers Shahid’s most grave error. The actor is believed to have given his Kaminey director a hard time during the making of that film… so much so that Vishal won’t even consider working with him again despite drawing out Shahid’s career-best performance in that film.

With no stars in his film, the studio bankrolling the project felt Rs 12 crore was a reasonable enough budget for this director’s Gujarat-set drama on friendship. No wonder they balked when he delivered the film at a price tag of Rs 16 crore. A close look at account books revealed lavish indulgences where there shouldn’t have been any. A studio insider claims the director’s personal ‘meals expenses’ came to a whopping Rs 65 lakh! That aside, there were major production snafus, which resulted in technicians quitting the film midway, and general chaos during outdoor schedules.

According to some, the studio head was so upset with the way things were going, he’d more or less made up his mind to curb all further expenditure on the film.

But when the director apparently assembled a first cut, you could see attitudes change. Suddenly, the studio didn’t care that the film had gone “slightly over- budget” and now began making plans to launch an expensive promotional campaign for it. Suffice to say the director felt vindicated, and the studio very relieved.

Now they’re only hoping that the film’s box- office performance gives them no reason to break yet into another sweat.