To Do or Not to Do

To Do or Not to Do • A Bitter Taste • Hair Today, Gone Tomorrow 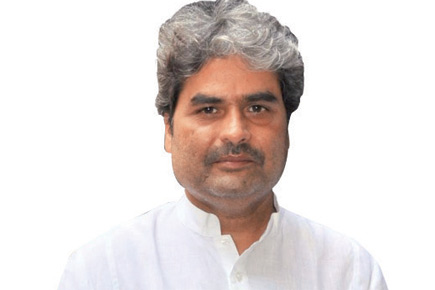 To Do or Not to Do • A Bitter Taste • Hair Today, Gone Tomorrow


At least three filmmakers are reportedly hammering out scripts based on Hamlet. My Brother Nikhil director Onir has long expressed a desire to adapt the play. Now one hears Paan Singh Tomar director Tigmanshu Dhulia may also have conceived an adaptation set in the badlands of India. But most likely to beat them both to the finishing line is Vishal Bhardwaj who, one hears, has already started discussing his project with actors. Having already successfully adapted Macbeth (Maqbool) and Othello (Omkara), Vishal has an edge over the other two as far as timing is concerned.

Dhulia is currently filming Bullet Raja with Saif Ali Khan and Sonakshi Sinha and is committed to dive into Milan Talkies’ next with Imran Khan and Priyanka Chopra. Which means he is at least a year away from starting any new project. Onir, who already has a script idea in place, is allegedly facing serious casting hiccups for his planned adaptation.

Not that Vishal is putting all his eggs into the Bard’s basket. If Hamlet doesn’t happen, sources close to him say he already has a script in place for Kaminey 2 that will reunite him with Shahid Kapoor. Despite all the grief Kapoor gave Vishal while filming Kaminey a few years ago, the director has apparently banged out a script for the sequel, and is believed to have put the past behind him.

But if it is neither Hamlet nor Kaminey 2 for Vishal, he could fall back on Shakespeare again. There’s an idea brewing for a King Lear adaptation, we hear. And it will be three sons instead of three daughters in his version.

The glee with which industrywalas have been writing Sajid Khan’s career obituary all week is unprecedented but hardly surprising. The famously arrogant filmmaker, who, until ten days ago, was pompously insisting that his latest film Himmatwala would break box-office records, clearly appears to have spoken too soon. At the time of going to press, his hare-brained remake of the 1983 melodrama had reportedly collected a disappointing Rs 26.50 crore at the domestic box-office on its opening weekend, a far cry from the Rs 45 crore Sajid had projected. Trade pundits are predicting the film won’t do more than Rs 50 crore in box-office receipts, nowhere close to the Rs 150 crore-target the filmmaker had expected to cross.

Notorious for his habit of running down other filmmakers, Sajid may currently be getting a taste of what it is like to be on the other side. It’s unlikely producer Ramesh Taurani has forgotten how Sajid embraced him after attending a preview of Race 2 in January and whispered in his ear, “Enjoy the weekend collections”, insinuating that the film didn’t have the strength to last beyond a strong opening weekend.

Then, walking out of a preview of Shaad Ali’s Jhoom Barabar Jhoom six years ago, Sajid noticed the director’s friends and family cheering and congratulating him, upon which Sajid allegedly told the director: “This is the first funeral I’ve attended where I’ve seen people celebrating.” He was reportedly just as cold-hearted to his cousin Zoya Akhtar after watching her debut film Luck By Chance. “It’s a great film Zoya. But it won’t make Rs 5,” he is believed to have told her. Always insistent that he knows the pulse of the audience better than any other filmmaker, Sajid Khan may have finally shot himself in the foot. But his friends insist it is too soon to write him off. He’s got an Angoor remake lined up with Saif Ali Khan, Riteish Deshmukh and Amitabh Bachchan. But wait, there’s trouble afoot there as well. Don’t forget, Rohit Shetty has the official remake rights.

Learning from the examples of a half-dozen older stars who couldn’t hide the fact that they’d got hair-weaving surgeries done, this young Bollywood heartthrob took that crucial plunge even before his first film was out. Cursed with his family’s receding hairline, this star-in-waiting didn’t do the deed after he made a splash in the movies, but before he was launched. Not keen to provide fodder for hungry tabloids who would surely print ‘before and after’ pictures, the star reportedly made a strategic decision to “thick up” before his big screen bow so the transformation wouldn’t be so obvious to the audience. The ploy worked. It’s a few years now that he’s been acting, and the story behind his bushy crop has mostly remained secret.