Through the Local Looking Glass 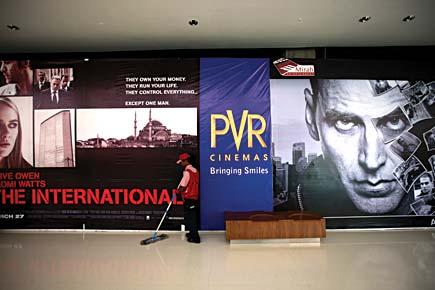 Government aid to uplift those in poverty, it is said, is not charity. Besides being the State’s duty, it is also insurance against revolutions because once a breaking point is reached, society will degenerate into anarchy, sweeping aside both the rich and poor in its wake. Similar logic applies to the relationship between migrants and original inhabitants of a city or country.

Many believe that the Shiv Sena began the sons-of-the-soil movement in Mumbai, but it is the other way round. There was already anger among Maharashtrian youth at what they saw as their jobs being taken by migrants, and the Sena merely channelled it. If not Bal Thackeray, someone else would have exploited it. Perhaps that emotion was not entirely justified and maybe there is something to the argument that Mumbai was an entirely British creation and therefore no one can stake claim to it; but who can deny that the anger was real and that it is enough? There is wary aversion and inter- dependence between migrants and inhabitants across the world, and how societies negotiate it determines how peaceful and orderly they are.

On 7 April, Maharashtra’s culture minister announced that multiplexes would have to show a Marathi movie at prime time, 6-9 pm. There has been an outpouring of outrage and ridicule from Bollywood and non-Maharashtrians in Mumbai who consider this cultural coercion. The actor Rishi Kapoor, for example, tweeted that ‘You can’t thrust anything on anyone zabardasti’. It is a silly argument to use because, if true, which man or woman would pay income tax? A more reasonable perspective could be that the government has no right to interfere in a free market where economics should dictate what movie should be screened. But, this is a not a free market. The reason the state government can enforce this diktat is that multiplexes have got entertainment tax exemptions from it—this is the quid pro quo involved in making a deal with the devil.

The move is, of course, a politician’s gimmick to curry votes, but that is what all politicians do. That does not automatically make it an assault on one’s freedom or identity. If you take other metros like Chennai or Hyderabad, where will you find a multiplex that does not show a single movie of their own language at prime time? And one show actually means quite little—if there are six screens in a multiplex, then five are still happily Bollywood. And this is leaving aside the fact that 90 per cent of Hindi movies are also flops and the shows hardly make any money for the multiplex.

Mumbai, because of its history, is a blinkered city in which the people who settle here are constantly puzzled about why parties like the Sena or MNS exist, or why Maharashtrians would not be overjoyed to be assimilated into its cosmopolitan culture. They don’t appreciate that there was already a pre-existent culture here, and that the money of migrants doesn’t qualify them for its ownership. The disdain that they exhibit will just lead to the creation of more Thackerays who will use political power to browbeat them until they meekly submit. Instead, it’s best to allow these small tokens. This way, no one loses anything and people feel less alienated from their own land.