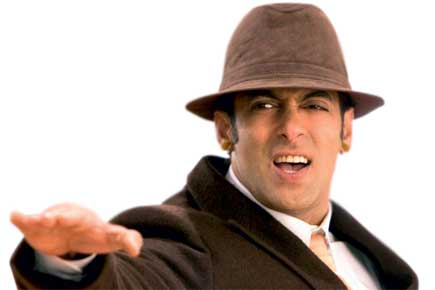 
Sanjay Dutt has made it clear that it’s not going to be easy for him to forgive director David Dhawan for Rascals. Dutt approached Dhawan to direct the film when the actor launched his own production company, and the filmmaker was grateful for the job. But when both the audience and critics swore it was the worst film (not to mention amongst the most vulgar) they’d seen in months, and the film itself went on to lose substantial money, Dutt openly directed his anger at Dhawan, claiming he hadn’t expected the director to deliver such an awful film.

Dutt went so far as to apologise to his co-actor and good friend Ajay Devgn, who had only agreed to work in the film on his insistence. He also gave interviews saying Dhawan had failed him, that the director was completely out of tune with audience tastes, and that he ought to retire right away. Dhawan, who has been going through a bad patch professionally, didn’t respond to Dutt’s tirade. But his son reportedly decided to speak up for his dad.

Rohit Dhawan, the filmmaker’s elder son, himself a first-time director whose Desi Boyz fell flat at the box-office, is believed to have called Dutt, requesting him to cut his dad some slack. But Dutt, who had made a guest appearance in Desi Boyz on Dhawan Sr’s insistence, allegedly told off the debutant director in strong words. Dutt is believed to have said he wasn’t taking any excuses from the Dhawans anymore, especially since he was just as embarrassed about how his appearance in Desi Boyz— a cameo as the sleazy owner of a male stripper service—had turned out.

Sources on the sets of Ek Tha Tiger reveal that Salman Khan has been regularly offering creative ‘inputs’ to director Kabir Khan, insisting that he knows exactly what his audience expects of him. The monstrous success of Dabangg, Ready and Bodyguard is evidence of that fact, given that it is no secret Salman practically ghost-directed major portions of all three films, tailoring the scripts to include over-the-top action scenes and puerile comedy tracks that his loyal fans seem to so wholeheartedly enjoy.

The industry, however, imagined that things would be different on Tiger because Kabir Khan is known to work on watertight scripts, and because the producers, Yash Raj Films, were sticklers for discipline. Turns out you can’t argue with success.

So, while preparing to shoot an action sequence recently,

Kabir Khan is believed to have explained to Salman a scene in which the star was expected to chase a group of bad guys and thrash them violently. On hearing it, Salman reportedly told the director that it wouldn’t work. “My fans don’t want to see me chasing villains. They have to come to me,” he allegedly said.

Exasperated, the director explained that the bad guys were running away from him, and couldn’t possibly run in his direction. The star wouldn’t have it. He insisted that the scene be rewritten so the villains could run to him, while he coolly waited to beat them up.

When they shot the scene as per Salman’s suggestions, it turned out just fine, our sources say. In the end, Ek Tha Tiger may not resemble the script Kabir Khan wrote, but more than likely it will be the true-blue Salman Khan film that his fans expect of him.

This actress, who recently broke up with her boyfriend, the heir of a considerable business empire, has now ditched the talent management company she’s been with for years. Could it be a coincidence that she’s signed up instead with a rival agency that also happens to represent her ex, a popular heartthrob actor? Well, that’s what industry folk are saying…

The actress recently made peace with her actor-ex, and has been signed on to star opposite him in a new movie. Her friends, incidentally, are not ruling out the possibility of the couple hooking up again. They hint that it was her growing friendship with her actor-ex that caused a rift between her and the last boyfriend (the business scion), who was reportedly uncomfortable with the idea that she was willing to forgive—and work with—the same guy who she’d claimed had hurt her.

And while it’s no secret that she split from the business heir roughly a month ago, there are eyewitnesses who swear they saw the two former lovebirds together in Los Angeles last week. Giving closure to their relationship, perhaps? The two allegedly flew back to Mumbai separately the same week so as to not raise people’s suspicions.