The Star Who Rocked His Own Boat 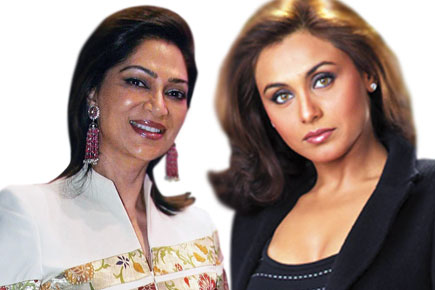 
John Abraham can’t be proud of turning down Rockstar, which was offered to him by Imtiaz Ali years before the director got down to making the film with Ranbir Kapoor, could he? It’s no secret that John was committed to doing the film a few years ago, but when he repeatedly put Imtiaz’s film on the backburner in favour of other projects, the director decided to move on.

Trade reports indicate that Rockstar is currently one of the hottest films of the year, and the music by AR Rahman is only getting fans more excited. Meanwhile, John has his fingers crossed for this week’s Force, and November’s Desi Boyz in which he plays a down-on-his-luck investment banker who becomes a stripper when recession hits.

Few may be aware that John was also the first choice for Ladies vs Ricky Bahl, the romantic comedy currently being produced with Band Baaja Baaraat star Ranveer Singh in the lead. That film was developed by Na Tum Jaano Na Hum director Arjun Sablok as a starring vehicle for John, who in turn insisted he “just didn’t get it”, and reportedly begged producer Aditya Chopra to allow him to let it pass.

The film, about a cocky charmer who dupes women into falling in love with him and then takes off with their valuables, has been described within the walls of the Yash Raj Films studio as Bachna Ae Haseeno-meets-Bunty Aur Babli. The project was quickly tweaked to suit Ranveer Singh after his breakout debut last year, and director Maneesh Sharma stepped into Sablok’s shoes.

That film is now another one of the year’s more promising projects, expected to arrive at cinemas just two weeks after John’s Desi Boyz. And to think that John chose the critically and commercially under whelming Jhootha Hi Sahi over Rockstar and …Ricky Bahl.

Eyewitnesses reveal there was quite the verbal pow-wow between talk show host Simi Garewal and her starry guest Rani Mukerji during the taping of an episode of the former’s TV show, India’s Most Desirable. Turns out, the chat was going just fine until a point when Simi asked Rani to talk about her relationship with her producer boyfriend Aditya Chopra. The actress is believed to have first politely refused to comment, and then, when repeatedly prodded by the hostess to open up on that score, she got impatient.

Rani apparently told Simi she wasn’t there to discuss her personal life, and very curtly asked the hostess to move on with her questions. Simi, not one to give up without a fight, insisted there was nothing to hide—as everyone knew Aditya Chopra and the actress were together. At which point, Rani allegedly lost her temper. Her tone got sharp, she raised her voice, and insisted that she had no interest in being a part of this show if this was the road Simi wanted to go down. To which, Simi explained that the show’s very purpose was to talk to unmarried and desirable celebrities about their romances and private lives.

Funny thing is, this incident erupted in the presence of a live audience that was watching quietly as the two ladies duelled it out brazenly. Simi finally stopped persisting and moved on to other questions when Rani disdainfully told her, “There’s a lot I know about you that you wouldn’t want me to bring up. So let’s just drop this.” Apparently the rest of the show went off smoothly without any confrontations or unpleasantness.

Insiders tell us Rani has asked the channel to make sure the entire confrontation with Simi is cut out of the final edit. People at large must hear none of it. The hostess, we hear, would rather drop the episode with Rani completely.

Too Close and Personal

At a private party thrown by a top male star recently, the former-model wife of a good-looking male star took the liberty of going up to the host and confronting him about rumours that he was seeing another top actress. The female guest also reportedly chided him for inviting his girlfriend to the party at the home he shared with his wife.

The usually impeccably mannered host, a married man with kids, thought his guest was completely out of line and got into an argument with her. He pointed out repeatedly that she had no business telling him who he could and couldn’t invite to his own home.

Common friends had to break up the argument, but the host’s mood remained sour the entire evening, while the female guest got an earful from her husband for poking her nose in others’ affairs.