The royal who priced herself out

The Royal Who Priced Herself Out • Look Who’s Back! • Savouring Her Pound of Flesh 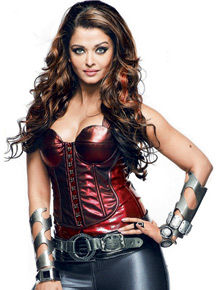 Kangana Ranaut, still basking in the success of Queen, is reportedly in Switzerland at the moment, working on her own script.

Kangana Ranaut, still basking in the success of Queen (like her we’ll just pretend Revolver Rani didn’t happen), is reportedly in Switzerland at the moment, working on her own script. In June, she’s expected to take off to New York for a filmmaking course.

Catty industrywallas are saying it’s good she has a Plan B to fall back on as they insist that the actress has allowed all the recent adulation to go to her head. The grapevine has it that Kangana has jacked up her fee to an inflexible Rs 5 crore per film and may have priced herself out of exciting new films because of this ‘unreasonable demand’.

“When you quote Rs 5 crore as a fee, you ought to ask yourself if you can bring a Rs 5 crore opening to a film. In Kangana’s case—looking at the dismal box-office performance of Revolver Rani—she clearly cannot,” says a source, “Unlike a Vidya Balan or a Deepika Padukone, the audience won’t go watch any film that Kangana is in.”

The actress herself is not unaware that she’s ruffled feathers with her demand, but denies accusations that she’s unwilling to negotiate her fee. For the right film and the right role, she has said she’s open to a pay cut.

So Aishwarya Rai has finally picked her comeback films! The Devdas star, who took a break from the movies to have a baby, will return to the screen in Mani Ratnam’s next, and has also signed an action movie titled Jazbaa with Kaante director Sanjay Gupta.

Ash will soon begin filming Mani’s project (currently in pre- production stages), while Jazbaa is likely to go on the floors later. Her husband Abhishek Bachchan also has a movie in the pipeline with Gupta, Mumbai Saga, third in the filmmaker’s gangster trilogy after Shootout at Lokhandwala (which he produced) and Shootout at Wadala.

It is no secret that Ash was being hotly pursued by her Jodhaa-Akbar director Ashutosh Gowariker to star in his next film, a love story tentatively titled Mohenjodaro , set during the Indus Valley Civilisation. But a source close to Gowariker reveals that she didn’t feel comfortable committing to the project till the director had a male lead cast and locked into the project. Gowariker has reportedly been in talks with Hrithik Roshan and Shah Rukh Khan for the film, and at one stage word got out that Hrithik had in fact said ‘yes’ to the movie. But it appears that news may have been premature.

Savouring Her Pound of Flesh

I’d already reported in this space some months ago the case of an actress who’s been feeling cheated by her director. Roped in to appear in his film in exchange for a fat fee, the red-hot star discovered that the director had only intended to use her as a prop, having given chunkier roles to two starlets whom he’d also cast in the movie.

Now it turns out that the actress may be getting her revenge on the arrogant filmmaker. Turns out he’s been badgering her to promote the movie. Reportedly, his leading man is too busy shooting other projects and the media has little interest in the two starlets. So it’s left to the actress to salvage the film’s publicity. But she won’t give in so easily, she’s told her friends. She wants him to grovel.

Among other things, the actress was horrified that she barely features in the film’s trailer, although she’s a bigger marquee draw than the two starlets. She’s also complained that she isn’t looking her best in the movie because the director banned her hair and make-up staff from checking the video monitors routinely so they could give her touch-ups whenever needed. In fact, she has alleged that none of the cast except for one of the two starlets— a South Indian import who the filmmaker is apparently seeing—was allowed access to the video monitors. This favouritism led to many a misgiving and often resulted in heated arguments.

Of course, the actress does intend to relent eventually, but that is only because she needs the visibility herself. Right now, though, she’s just enjoying the filmmaker’s desperation.