The Perils of Working with Aamir 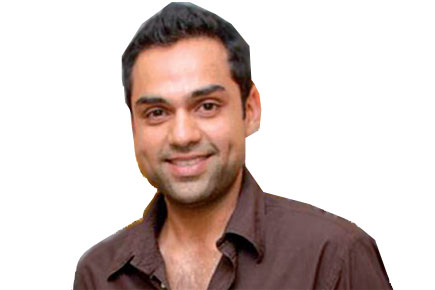 
Vishal Bhardwaj hasn’t worked with Aamir Khan, but the two gentlemen came close to collaborating on a film before Vishal went on to make Omkara some years ago. The director told me he’d spent months developing a script with Aamir, but the project fell through eventually when the two couldn’t agree on crucial elements in the script. Apparently, they decided mutually—and without any animosity towards each other—to abandon the film when neither could agree with the other’s point of view.

According to the filmmaker, even after they’d scrapped the film they’d been working on together, Aamir encouraged him to develop the Othello remake that Vishal had been planning for years, and which he’d mentioned to the actor casually. It was the Iago-inspired part of Langda Tyagi that Aamir had taken a shine to, and even offered to play the character if Vishal did indeed decide to turn that idea into a film.

Aamir’s interest in the part and his hunger to play the character was exactly the motivation and reassurance Vishal needed to whip the script of Omkara into shape. Except that he didn’t want to cast Aamir in the film, and claims he told this to the Rang De Basanti star in as many words. “There was no way I was going to spend another eight to ten months working with Aamir on the script, only for him to back out at the last minute. But I thanked him for reaffirming my faith in the idea, and I approached Saif [Ali Khan] for the role.”

Why Abhay has Zero Awards

Abhay Deol, who’s been celebrated as the poster boy of indie cinema in India, isn’t holding his breath waiting for an award to come his way. Despite having delivered solid, acclaimed performances in films like Manorama Six Feet Under, Dev D and Oye Lucky Lucky Oye, Abhay told me he’s never once won an acting award—and has seldom been nominated even. “Everyone was nominated for Dev D, but me. Mahie [Gill] and Kalki [Koechlin] even won awards, but I didn’t even get a nomination,” he said.

Describing the Filmfare Awards as the “film family awards” at an NFDC Film Bazaar panel that I moderated in Goa last weekend, Abhay said: “They rarely look beyond star kids and big, popular, influential stars when it comes to giving awards.” He also revealed that organisers of popular award shows had called him in the past and urged him to attend their ceremonies if he wanted to win anything, “but that just sounded ridiculous to me, and of course I didn’t go!”

He added that he didn’t need the approval of award juries or film magazines to tell him he was doing an honest job. “Perhaps the fact that I haven’t won one of these awards is the validation I need to reassure myself that I’m on the right track,” he said cheekily.

After directing a well-received box-office hit for a prominent production banner, this actor-turned-director believed he’d found a permanent home for his films at this company. After all, he was thick friends with the two producer partners (one of whom he even successfully ‘launched’ as an actor with his last film) and they seemed eager to keep him on their roster of directors. But when the producer partners wouldn’t approve a single script idea he’d developed in three years, he began to think it was time to move out of their fold.

The clock was ticking too. The director was hot property after his last hit, and now three years had passed with nothing to show for it. He reportedly mustered the courage to ask the producers if he could take the latest script he’d developed to other producers if they really weren’t interested in making it themselves. Apparently they weren’t, but they reminded him he was bound to a contract with their company that didn’t allow him to work for anyone else just yet. Allegedly, it took more than a few heated conversations and some pleading on his part before they ‘allowed’ him to seek employment elsewhere.

Fortunately for the director, a top studio jumped at his script and signed him on to make the film rightaway. This is the same script his earlier producers had shown no interest in. The film is now being quickly finished to time it for the Berlin International Film Festival (in February next year) whose scouts have reportedly shown interest in the project.

The director is happy he was able to make the film he wanted, and while he doesn’t badmouth his earlier producers openly, it is no secret that he feels they wasted his time and didn’t let him make the most of his best years. Nevertheless, he’s still committed to directing a sequel of his last hit for their banner, although they haven’t yet green-lit the idea he has presented them for that project.