The League of Extraordinary Critics

These reviewers have become my favourite companions 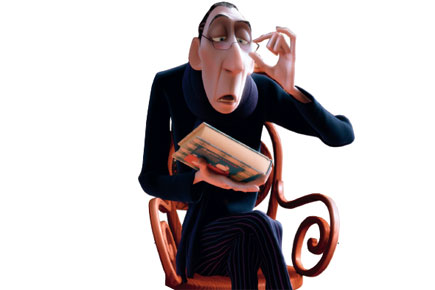 These reviewers have become my favourite companions


In the introduction to film critic Roger Ebert’s book on him, director Martin Scorsese writes: ‘It is not important if a critic likes or dislikes a movie. What is important is that he engages with it fully, brings to his responses the conviction, the passion that the director brings to the film’s making. Opinion is evanescent but the work abides.’ This is, of course, easier said than done.

I know it’s hard to feel sorry for people who watch movies for a living but spare a moment to ponder our lives. We see at least four to seven films a week. We love our job, but the truth is that the movies are often staggeringly mediocre and eventually, they fray our Olympian enthusiasm. Over years, lesser film critics become cynical and dismissive. But the best among us retain their passion, hone their skills, and, like the best wine, get better with age. Film critic Stanley Cavell once said: ‘The writing about film which has meant something to me has the power of the missing companion.’ These are a few of my favourite companions:

Ebert is arguably the most famous film critic in the world. He has been reviewing movies since 1967 and was the first film critic to win the Pulitzer prize. In the 1970s, Ebert rose to fame with a series of television shows in which he and critic Gene Siskel passionately argued about movies. They were so big that eventually their rating system—thumbs up or down—was trademarked. In 2006, after several surgeries for thyroid cancer, Ebert lost his voice. But his engagement with movies has only amplified. Ebert found his voice on the internet and continues to disseminate opinion on Twitter, his blog and website. Two years ago, I met Ebert at the Cannes Film Festival—he was inquisitive, charming and communicated by writing on a little note pad. His courage and incredible body of work—over a dozen books at last count—are an inspiration. As is his critical voice—direct, informed and always insightful.

Writer Mick Brown once called Anthony Lane ‘the Rolls- Royce of film critics’. Lane’s criticism is a ballet of words—impossibly elegant, supple, filled with surprising leaps and beauty. Lane’s lacerating wit will have you laugh out loud. I still recall his biting lines on the catastrophically bad Paul Verhoeven film Showgirls. He said the title was clearly ‘not a noun but an imperative’. And for lead actress Elizabeth Berkley, Lane wrote: ‘Her breasts are more expressive than her face.’ Lane’s writing brightens up my dullest days.

Kael wasn’t a film critic. She was an institution who nurtured and influenced a generation of American critics known as ‘Paulettes’. Her writing, for The New Yorker magazine from 1968 to 1991, shaped movies and audiences. Ebert said that Kael ‘had a more positive influence on the climate for film in America than any other single person over the last three decades’. Kael was intellectually fierce and defiantly opinionated. She often had pitched battles with her editor William Shawn. A typical Kael story goes like this: when she gave a negative review to Terrence Malick’s Badlands, Shawn said, “I guess you didn’t know that Terry is like a son to me.” Kael replied: “Tough shit, Bill.” Kael was and remains a polarising figure (Woody Allen once said that Kael had “everything that a great critic needs except judgment”), but she raised the bar for criticism. Her passion for movies was infectious and inspiring.

Ego is, in fact, a work of fiction. But the food critic from Ratatouille is part of my personal pantheon. In the film, just before declaring that the greatest chef in all of Paris is a rat, Ego says: “In many ways, the work of a critic is easy. We risk very little yet enjoy a position over those who offer up their work and their selves to our judgment. We thr- ive on negative criticism… but the bitter truth we critics must face is that, in the grand scheme of things, the average piece of junk is more meaningful than our criticism designating it so. But there are times when a critic truly risks something, and that is in the discovery and defence of the new.” I try never to forget these words.