At a time when the country needs leadership, India is being managed by an able and dutiful economist who far too often forgets that he is supposed to possess a spine 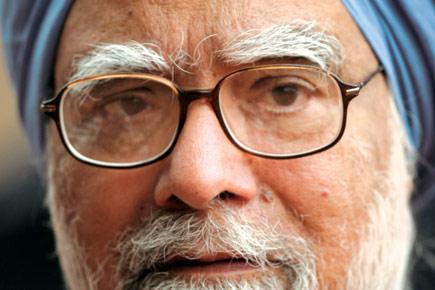 At a time when India needs leadership, it is being managed by an able and dutiful economist who far too often forgets that he is supposed to possess a spine


What had seemed a virtue for much of Manmohan Singh’s tenure has now emerged as one of the great weaknesses of this government. At a time when the country needs leadership, India is being managed by an able and dutiful economist who far too often forgets that he is supposed to possess a spine. The press conference on 16 February, marked by the typical pick-and-choose policy of the current media advisor Harish Khare whose rather disappointing tenure has coincided with a downturn in the national perception of the PM, only served to highlight this very failing of Manmohan Singh, one  that has led to the current crisis of perception. This was most evident in how the PM chose to tackle a simple question—did he or did he not agree with his minister Kapil Sibal that there was no loss to the exchequer in the 2G scam?

There were many things the PM could have said. He could have called Raja’s actions a disgrace, and said that India as a  nation must create institutions that never again allow a minister to indulge in such acts. He could have said this is time for facing up to the truth, that he indeed made a mistake in allowing Raja to take up a ministerial berth in UPA-II. He could have also said that there are indeed compulsions of coalition politics but they do not extend to providing a cover for criminal acts.  Instead, he chose to replicate Sibal’s prevarication.

Perhaps this was to be expected, given that Sibal was asked to postpone a foreign trip to brief the PM for this press conference. When Sibal had dismissed the possibility of a loss to the exchequer, we could almost sense the lawyer in the man making a legal case for what he was defending. The smirk on his face at the time suggested he himself did not buy the argument he was making but felt he could convince others with his sophistry.

He soon learnt otherwise, or should have, but it seems Manmohan is intent on repeating his mistake: “With regard to loss of revenues, it is very much dependent on what is your starting point… You have to assess what is the magnitude after asking yourself ‘what was the right price?’ I have explained to you that the then existing policy of the Government was that an auction should not take place…I am not in a position to say there is a foolproof method in which way one can determine the loss.”

A man as intelligent as Manmohan Singh should have realised how absurd and incongruous this sounded. He was not taking part in a college debate, he was addressing an aghast nation that needed some reassurance. Instead, he chose to mock us by suggesting there was no procedural wrongdoing involved in what had happened, and the loss to the exchequer was notional because it depended on how you chose to account for the scam. This was not the time to dwell on procedures or accounting, but to face up to the wrongdoing that did take place.

This magazine has time and again reported the cases of Swan and Unitech, both companies that had no business being allotted spectrum licences, and which diluted their equity shortly after without investing money in executing the licence. After being awarded the licence at Rs 1,537 in the 2008 2G spectrum allotment, Swan sold 45 per cent stake to Etisalat for Rs 4,200 crore. Unitech, which bought the licence for Rs 1,661 crore, sold 60 per cent equity (actually 67.25, by the time the deal came through) for Rs 6,120 crore to Norway-based communication company Telenor.

Manmohan Singh actually made the claim that he thought such dilution of equity was a valid way of raising money to execute the licence. This is absurd when what actually happened was that companies with no experience in the sector bought spectrum on the cheap without the means of executing it and diluted stakes to pocket a huge sum. And all this seems to have happened with the active collusion of the minister. This is indeed a subsidy, but a subsidy not to the consumer but to the companies involved. If this is defensible, then it is worth asking what in Manmohan Singh’s eyes constitutes a crime—what indeed does he think is corruption. These were not the words we expected to hear from a Prime Minister.