The Celebration of Violence 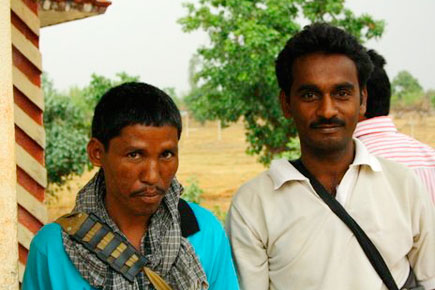 
On 2 March 2001, NREGA activist and Jean Dreze aide Niyamat Ansari, based in a village in Latehar district of Jharkhand, who had fought corruption in implementing the scheme, was attacked by armed men and badly beaten. By the time he was taken to hospital, he was dead. The men accused of his murder include a local contractor who had earlier threatened him, as well as a local Maoist commander.  On 5 March, local newspapers carried a statement by Maoists claiming responsibility for the murder and stating that Ansari had been killed for his failure to appear before a jan adalat.

On 10 March, a statement was issued by Jean Dreze, Arundhati Roy, representatives of the PUCL and PUDR among others, condemned the killing. The statement was straightforward in its intent except for one perplexing paragraph: ‘We are most disturbed to learn from reliable sources that the murder was executed by a local Maoist squad… Are we to understand from this incident that there is truth in the rumour of a nexus between the local Maoist squad of that area and corrupt contractors involved in the loot of NREGA funds?’

Most of the illustrious names who signed this appeal are people who should really know better than to ask this question. The answer is evident to anyone who has spent any time in any tribal area. I would go further—most of them know the answer to this question, most of them also know that the Central Committee of the CPI (Maoist) is critically dependent on money that flows to it through this collusion between corrupt local contractors, businessmen, politicians and local cadre. The question smacks of a hypocrisy born of a wilful denial of the truth, a wilful desire to look away from Maoist violence, which is intrinsic to the movement and is not the result of some aberrant local commander.

The killing of Niyamat Ansari is a natural extension of Maoist motives. India’s Maoists are avowedly looking to create conditions which would allow them to overthrow the State. Farfetched though this may seem to us, they see it as a reality they are working towards; tribal interests are only a tool to allow them a base from where they can operate. Anyone who actually manages to initiate work that shows the State in a positive light is a natural target, which is why the collector of Malkangiri—RV Krishna—was kidnapped, which is why Niyamat Ansari was killed. Activists have time and again made the mistake of assuming that they share a common interest with Maoists in the fate of the tribals, which is why they are reluctant to criticise their methods. The truth is, activism that operates under a Constitutional mandate actually relies on the State, on the belief that whatever its faults in practice, it can be held accountable and improved. If this were not true, why was this appeal on the pages of various national newspapers?

This position should preclude any sympathy for Maoists, but what is certainly true of the PUCL and PUDR is in some measure true of most activists and their Leftist sympathies. Somewhere within, they remain attracted to that great chimera of the Left, the idea of revolution, and the belief that everything that serves the cause of revolution is justified. This makes for moving rhetoric but unsound logic. Often, activists go on without end about how speaking about State violence does not make them sympathisers of Maoist violence. But they forget the converse also holds true. What else can explain why activists can turn around and use the term ‘Statist’ as a form of abuse, as if it is not possible to oppose the case against Binayak Sen, as if it is not possible to speak against what the State has done to India’s tribals and yet call Maoists what they really are, murderers in the service of an idea, like fundamentalists of any shade.

In the covert sympathy that activists of the Left have extended towards Maoists lies their failure to come to terms with the violence directed at people such as Niyamat Ansari. This violence is not an aberration, this is what Maoists are. The jan adalat that Niyamat Ansari was summoned for is their oft used method of dispensing justice. The charge of being a police informer raised against Niyamat Ansari is a charge that has been used often enough in the past to legitimise their violence. If the activists had thought out their position carefully, they would have realised development work in tribal areas is hindered by two kinds of people, corrupt government officials and honest Maoists. The murder of Niyamat Ansari was in keeping with the logic of Maoism, the demand by the activists for ‘an apology and explanation from the Central Committee of the CPI (Maoist)’ only a display of hypocrisy.