The Absurdity of Honesty

An exercise in bullshit that many of us must necessarily endure 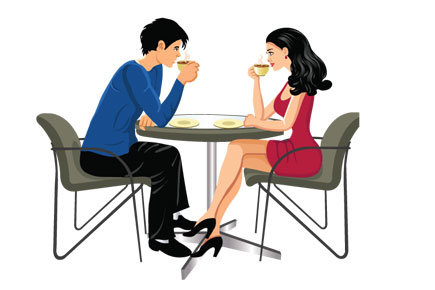 An exercise in bullshit that many of us must necessarily endure

It’s December—that time of the year when Facebook newsfeeds turn into Sooraj Barjatya sagas on steroids. First, there are all those people getting married. Needless to say, each fitting for each outfit for the sangeet, mehndi, cocktail party, wedding ceremony and reception deserves at least one status update/photo. Dutiful friends are then expected to ‘like’ those photos. It is an unspoken agreement—all wedding-related updates must boast a double-digit number of ‘likes’. Then there is the slew of photographs unleashed a day after the shaadi’s worst-kept-secret—the bachelorette/bachelor party. The law of marriages ensures that no matter how perfect you look for the rest of the evening, the one photo of yours that will surface will be of you awkwardly trying to keep up with rest at the sangeet performance. To add insult to injury, that cute friend of the groom’s you’d been eyeballing will be tagged in the photo because some moron noticed that the dismembered ear floating in the frame’s corner was his. And most of us have at least one good friend and one cousin getting married every December. It takes a year of strategically taken selfies to nullify the effect of one wedding season, and then the next one pops up.

December is also the month of the hopefuls—hopeful parents, that is. NRI boys are ordered back home to meet prospective brides their parents have lined up for them. The more optimistic hopefuls pre-order gold and diamond sets (to give once the rishta is finalised), confident that their faintly accented sons will fall for one of the many carefully screened options they are presented with. Meanwhile, the parents of these prospective brides do their utmost to raise their daughters’ chances. Young girls are encouraged to sign up for skin, hair and nail treatments (buy four, get the fifth free), gym memberships (free sauna facilities for the first 100 members) and table-setting classes (100 unique table-napkin designs). It is, after all, the time of year they’ve been waiting for months. All the hopeful gleaning of rishtas of New York bankers and Boston engineers who’ll be back home soon; the fervent jotting down of email addresses to exchange photos, astrological charts and relevant details; the updating of Excel sheets for members of the core group entrusted with the task of selecting the right candidate to note down their remarks (a friend’s mum once actually wrote ‘bahu jalaanewaale types’)—it all boils down to that one meeting in December.

Last week, I saw one such meeting take place at Starbucks. Naturally, I sank deeper into my sofa for some shameless eavesdropping. The scene playing out before me looked eerily familiar. As a girl who’s been in her 20s for a while now, I’ve had my fair share of coffee with Karans and Karims. While Grandma K might need glasses the size of saucers to distinguish red from blue, she is a woman of great vision. Every outfit I’ve worn to a Grandma-approved date has had necklines that plunged just deep enough to let imaginations run riot and yet not so deep that anyone could object without sounding ‘old-fashioned’. Just before leaving, I would be reminded of all the restricted topics of conversation: “Don’t do pattar-pattar about politics” (Grandma K), “Don’t sigh if he says he doesn’t read” (Mom), “Don’t correct his grammar” (Dad). Given the training and script that every girl is advised to stick to, I’ve always wondered how arranged marriages work. If I were to parrot the answers I’ve been taught and if someone were to marry me on that basis, he’d be marrying a girl who:

2) Loves cooking and wants to learn new cuisines, and;

Imagine the poor bloke’s shock when he finds out, post marriage, that I:

1) Believe that respect has to be earned, not demanded;

2) Make chapattis in the shape of a different country each time, and;

3) Go green at the thought of labour.

So the question is, how do arranged marriages work? Is there some kind of cosmic conspiracy that helps men and women end up with exactly the right person, despite the bullshit they’re made to spew at that all-important first meeting? Or do people learn to navigate around their partners’ unexpected quirks and strive for compatibility?