Tabu Gets Her Turn 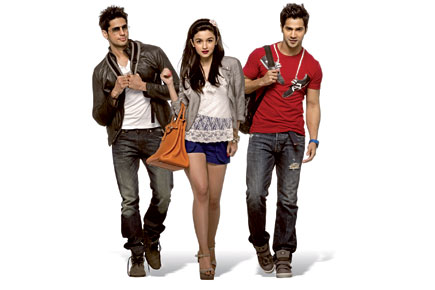 
After blocking her out of virtually all international promotions for Life of Pi, it appears good sense may have finally prevailed upon the guys at 20th Century Fox, who roped in Tabu to attend the Golden Globe Awards in Los Angeles with her Life of Pi director Ang Lee and co-star Suraj Sharma earlier this week.

The actress was absent at the film’s premiere during the New York Film Festival last year, and wasn’t asked to participate in any of the film’s international junkets. Not entirely an unknown face to American audiences, many of whom had embraced Mira Nair’s The Namesake some years ago, Tabu was asked to promote the film only locally, and at events that Lee and Sharma couldn’t attend—like the closing ceremony screening of the International Film Festival of India (IFFI) in Goa, where she was joined by Irrfan Khan.

On Sunday at the Globes, however, she brought a splash of glamour and much-needed colour to the Life of Pi table, where she stood out in a traffic-stopping red-and-gold sari (designed by Abu Jani-Sandeep Khosla) among the penguin-suited men. Too bad her presence didn’t help bring any luck to the table, though. Lee’s film picked up only one trophy—for Best Original Score.

Okay, so the debutants he introduced in Student of the Year may not exactly be frontrunners for awards this season, but Karan Johar is making sure each of the three young newcomers are treading cautiously into the big bad world of movies, armed with plum projects to make their journeys easier and more comfortable.

He’s already signed Alia Bhatt as the leading lady opposite Arjun Kapoor in the 2 States adaptation that he’s co-producing with Sajid Nadiadwala, which his former assistant Abhishek Verman has scripted and will direct. Johar has also given Alia his blessing to star opposite Randeep Hooda in Imtiaz Ali’s next.

Meanwhile, Varun Dhawan will star in Johar’s good friend Ekta Kapoor’s next production, the remake of a successful South hit that the actor’s father David Dhawan will helm. (If I were Varun, I’d be worried, very worried!)

And Sidharth Malhotra, the former model from Delhi, has been signed by Johar again for a film opposite Ishaqzaade star Parineeti Chopra titled Hasee Toh Phasee, which ad-filmmaker Vinil Mathew is slated to direct for Dharma Productions.

For his own directorial venture, Johar is looking at big stars again—names like Ranbir Kapoor, Katrina Kaif and Kareena Kapoor are currently up in the air. But first, he’s likely to shoot another season of Koffee With Karan for television. Expect less controversies and fewer scandals this time round, after all the flak he had to take for Sonam and Deepika’s now infamous but hugely entertaining episode.

How to Thumb Your Nose in Style

What’s this about a popular female star having upset the country’s heartthrob actor during rehearsals for an awards ceremony recently? The buzz about this particular incident was deafening backstage of an awards show last weekend. Apparently, when she showed up at the venue to rehearse the dance medley she was slated to perform at the event later the same evening, she discovered she was slotted to rehearse after the young male star who’d shown up on time and was dutifully waiting his turn. Unwilling to wait until he finished his rehearsal, the leading lady reportedly used her good offices to advance her turn, upsetting the actor.

He made his displeasure clear to the organisers of the show, who politely mumbled an apology and urged him to rehearse right after the actress. The well-mannered star kid kept his cool, retired to his make-up van, and returned to rehearse only after the actress had left.

Still upset about the day’s events, and further incensed because news of the incident had spread among his peers backstage, the actor allegedly plotted his comeback. According to eyewitnesses, after the awards show was over, the stars were required to re-perform their acts strictly for the cameras. This time the A-lister is believed to have taken forever to complete his performance, repeatedly muddling his steps and requesting another chance. The actress, who was waiting to re-perform her act, got the message loud and clear.