Stuff and Nonsense on 2G

The figures for the loss are not illusory, the hype against the CAG is 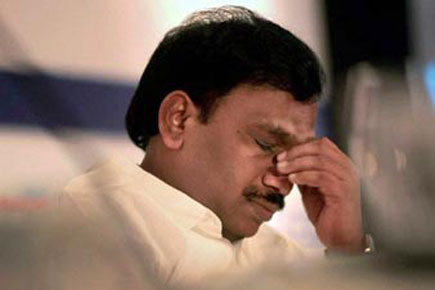 The figures for the loss are not illusory, the hype against the CAG is


Economics is no science, it is a heuristic (a polite way of saying ‘rule of thumb’) that has become over-reliant on mathematics in an illusory search for rigour. I have learnt enough in the course of my training as an engineer and then a mathematician to be sure that if ever a bridge were conceived using the kind of assumptions that pass for rigour in economics, I would never step on it (assuming that such a bridge could ever be built). But, among many free market economists, instead of the humility that is due in the face of ignorance, this has resulted in the arrogance typical of bullies afraid of being shown up.

The furore surrounding the recent 2G auction is a case in point. The Government, keen to score a point, has rushed in to target the CAG, and the pink papers and those who write for them have followed suit. The scam, the claim now goes, was largely a figment of the imagination, the CAG had blown up figures completely out of proportion. There are many possible objections to this litany. For instance, the CAG gave different loss estimates and clearly spelt out the methodology used to arrive at each one of them. There was enough scope at the very beginning to contest and debate these figures. The final public discourse, undoubtedly helped by the revelations surrounding A Raja’s manipulation of the first-come-first-serve allotment, was not decided by the CAG.

There is, however, a more serious objection, which begins by noting that market conditions were markedly different in 2008, both in terms of the telecom sector and the economy in general, and the poor results of the current auction, quite apart from its faulty design, is also largely a reflection of this fact rather than any hype by the CAG. It is easy to assert this with great confidence because we already have a market estimate of what auction prices could have fetched at the time, and that estimate is one of three used by the CAG to calculate the losses. Both Swan and Unitech were allotted 2G licences by A Raja when they were clearly not qualified to obtain them. Both diluted equity, Swan to Etisalat and Unitech to Telenor, and based on this the CAG arrived at figures for the total loss of Rs 57,666 crore and Rs 69,626 crore, respectively. As subsequent investigations have shown, all that these front companies had on offer was the licence.

It does seem strange that some economists should be arguing against figures determined by the free play of the market to run down an auction. They surely cannot suggest that the dilution of equity by these two companies was not a test of market conditions or the demand for 2G spectrum. And in the face of these figures it makes little sense to argue that the benefit of the low cost of the spectrum allotted in 2008 would have been passed on to the consumer.

The convenient manipulation of changes in market conditions to attack the CAG has less to do with fact, and far more with a need to protect turf by some free market economists who are even willing to sacrifice their certainty in the fairness of markets. The attack is largely premised on the belief that economic factors should be independent of politics. In their view the CAG’s intervention has become one part in just such an assault. This is a convenient reversal of the actual facts.

This ideological premise is evident in how the comments of RP Singh, the CAG official who signed the report, have been played out in the media. The beliefs of RP Singh matter little, the arguments made by the CAG have been clearly articulated in the report. It is possible to argue against them, but those arguments are in no way strengthened by the outcome of the recent auction. Moreover, if what RP Singh asserts is true, it raises many more questions about him than it does about the CAG. It is as if a reporter were to repudiate every story under his byline and blame the editor for the facts and inferences they contain. And even this is no equivalent. He seems to have deceived not just the readers of his report, but also Parliament, and has admitted to this fact. No bureaucrat should get away with such cravenness of behaviour.

In such an environment, perhaps the greatest danger to the process of liberalisation comes not from its critics but from its overzealous defenders. The allotment of 2G licences in 2008 and the profiteering that would have resulted if institutions such as the CAG had not stepped in is precisely what is souring the public mood. Transparency is essential for liberalisation. What the critics of the CAG are defending is a return to the Licence Raj.