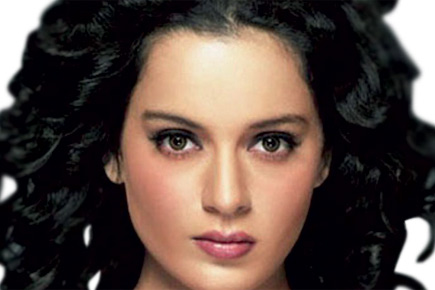 
At a recent beauty awards show organised jointly by a women’s magazine and a leading cosmetics brand, three of Bollywood’s leading divas showed up, but consciously avoided running into each other. Priyanka Chopra, who was due to receive an award, stayed with her friends all evening. Meanwhile, Aishwarya Rai-Bachchan and Sonam Kapoor, who are brand ambassadors for the cosmetics label, arrived separately and steered clear of each other, after reportedly agreeing to make an appearance only on the condition that they would receive awards as well.

When Sonam Kapoor was being felicitated on stage, the actress apparently noticed Priyanka whispering suspiciously into her neighbour’s ear, cracking what appeared to be a joke about Sonam. Not one to let it go, Sonam allegedly returned the favour when it was Priyanka’s turn to go on stage. So when Priyanka’s name was announced, the actress walked up to collect her honour, only to notice that Sonam was distracting the front row by loudly saying her goodbyes and chatting with other guests. Sonam apparently walked out midway through Priyanka’s acceptance speech, and made sure everyone in the gathering noticed. Meow!

Not a Nice Girl to Shoot

Unit members working on a Sunny Deol-Kangana Ranaut starrer, tentatively titled Happy New Year, don’t have many nice things to say about the actress. There are stories doing the rounds that she has encouraged her staff to demand exorbitant ‘daily expenses’ from the production unit, so she doesn’t have to pay them for their services from her own pocket. And when production managers balk at their bills—which can go up to Rs 50,000 per day—the actress allegedly refuses to shoot till her staff has been compensated.

There are also incessant complaints about her erratic behaviour. Recently, the actress is believed to have cut her hair short without warning and in the middle of a filming schedule, thus creating a continuity jerk in the shoot. When directors Vinay Sapru and Radhika Rao demanded an explanation for this irresponsible action, the actress coolly blamed hairstylist Aalim Hakim for giving her the cut. Not amused, the directors reportedly expressed their disappointment, which prompted Kangana to lock herself up in her make-up van all morning, refusing to shoot. Turns out an SOS call was sent out to T-Series honcho and the film’s producer Bhushan Kumar, who showed up in the afternoon and personally urged Kangana to let bygones be bygones and resume filming. The film’s main lead, Sunny Deol, meanwhile, was spotted cooling his heels on the set, waiting for his leading lady to relent, even as the entire unit was busy cajoling her to not hold the shoot to ransom.

Daggers Where They’re Due

Who’d have thought that of all the people in the world, the interior designer wife of a popular action-comedy star would jump to the defence of a prominent leading lady, who’s in the eye of a storm for allegedly pissing off two star wives.

The actress—who has been repeatedly snubbed recently by two prominent star wives who’re reportedly unhappy about the friendship and closeness she shares with their husbands—appears to have found a sympathiser in this third star wife, who has been telling friends that she thinks the actress is being treated unfairly. The lady insists that the star wives ought to sort out “whatever issues they have with their husbands and not direct their anger” at the actress.

Oddly enough, this third star wife, herself a former movie star and now a successful interiors professional, has no love lost with the actress. After all, it was just a few years ago that the actress was linked to her own husband. But the classy Mrs claims she never confronted the actress or asked common friends to snap ties with her. She insists she set things right in her own home—among other things, by forbidding her husband to work with the actress anymore.