The virtues of creative incrementalism 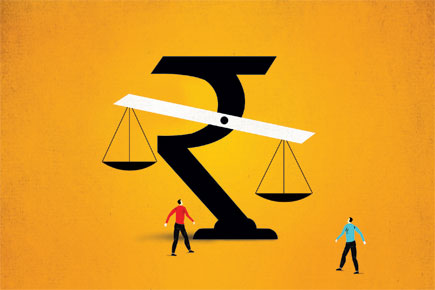 As the Economic Survey 2015 notes, the Indian economy has reached a ‘sweet spot’ currently, with a strong political mandate for reform and a benign external environment with falling oil prices creating quite a remarkable opportunity for India to propel itself to a sustained annual growth rate of over 10 per cent in the years ahead. The Economic Survey argues that the need of the hour is not ‘big bang reforms’ of the type observed in 1991, as there is no immediate macroeconomic crisis that India is going through now, as it did in 1990-91 (and in any case, the scope of further reforms of the type that witnessed in the early 1990s when India was effectively dismantling a command- and-control regime, is quite limited). Rather, what is required at the moment is ‘persistent, encompassing, creative incrementalism’ that takes bold steps in a few areas, addressing the binding constraints to growth, job creation and poverty reduction in areas such as infrastructure, banking, the social sector and public administration. To what extent does the Union Budget 2015 meet the challenge set before it by the Chief Economic Advisor? Are the policies and measures presented in the Union Budget incrementally positive or negative? How persistent, how encompassing and how creative is the incrementalism (if that is indeed what we observe in the Union Budget)?

While less eye-catching than the industrial deregulation and trade reforms of the 1990s, the reforms in Indian tax administration have been one of the most positive aspects of economic reforms in the past two-and-a-half decades. There has been a clear shift away from high and punitive taxes levied only on a relatively small tax base to a more rationalised tax structure, which has led to greater collection of taxes with greater compliance, in spite of lower tax rates. This was particularly evident in personal income taxation, less evident in corporate tax rates, that were among the highest in the region. The lowering of corporate tax over the next four years from 30 per cent to 25 per cent (with the suggestion from the Finance Minister that there will a greater focus on removing tax loop-holes rather than lowering the rate per se) is a further step in the direction of a more efficient tax system. While there was an argument to remove the exemptions in corporate taxation and rationalise its structure, there was also a rationale for lowering corporate taxes to provide more internal funds for investment for private firms, in a context where most firms are highly leveraged and under significant balance sheet pressure. Along with the lowering of the corporate tax rate, the removal of the wealth tax, a highly inefficient tax to levy, and replacing it with a 2 per cent additional surcharge on the super-rich, along with the deferment of the applicability of the General Anti-Avoidance Rules (GAAR) by two years are also clear signals of persistent incrementalism that are progressive and possibly growth-enhancing.

However, against this progressive incrementalism in tax policy, there is some concern that the proposed new law on black money, which makes concealment of income and assets and evasion of taxes in relation to foreign assets prosecutable with a punishment of rigorous imprisonment up to 10 years, might take us back to the days of the tax inspector raj. While the law is well-intentioned and clearly populist in nature, the jury is out on whether the use of the already over- burdened criminal justice system is a better way to reduce tax evasion on foreign income or assets than higher financial penalties and more effective sharing of information across tax jurisdictions.

The large allocation of resources to the social sector (such as NREGA) in the Union Budget of 2015-16 along with the increasing use of technology to provide social security payments and the slow move towards a universal social security system carries on the path set out by the previous Government of involving the poor, especially in rural areas, in India’s growth process (something that has not happened with any real success in the post-reform period) and making growth more redistributive. Along with this, there are also new initiatives such as the Micro Units Development Refinance Agency (MUDRA) Bank, which will refinance microfinance institutions, targeting SC/ST entrepreneurs (who are the least represented in India’s entrepreneurial class) in particular. The MUDRA Bank initiative has some promise in addressing a key market failure—the lack of access of Dalit and Adivasi small businesses to conventional sources of funds, which has inhibited their growth over time. This may also reflect a shift of thinking on the drivers of inclusive growth in addressing the sources of the economic exclusion of Dalits and Adivasis at inception, rather than putting all the emphasis on affirmative action programmes that only apply to public sector employment or redistributive measures such as NREGA, which arguably did little to change the nature of economic exclusion faced by India’s socially disadvantaged groups. However, whether MUDRA or similar initiatives can create a larger pool of SC/ST run firms would depend critically on whether constraints to the growth of these firms—such as the availability of training for SC/ST owners-managers of firms—are removed. There is little detail in the Economic Survey on such complementary interventions in Indian labour and product markets that SC/ST entrepreneurs face.

On social sector spending itself, the 14th Finance Commission’s recommendation of increasing the states’ share of central tax revenue from 32 per cent currently to 42 per cent from 1 April 2015 (which the Centre has accepted) is a game-changer for Centre-state relations in India, and may indeed galvanise many state governments to take greater control of social sector programmes running in their own states, and to adapt and mould them to their own needs. For example, in the case of NREGA, a familiar problem with the scheme that has greatly impeded its success and implementation has been the ‘one size fits all’ approach that was followed by the Ministry of Rural Development under the UPA Government. The Union Budget does not provide specifics on how Centrally sponsored schemes such as NREGA will work under the altered revenue sharing arrangements between the Centre and the states, and a clearer roadmap is needed on the future of these schemes and the role of the Central Government in making these schemes work, when much of the financing of these programmes will come from the devolved share of central revenues to state governments.

The limited fiscal space that the Government had in the Union Budget— with the Finance Minister stating the NDA Government’s commitment to a medium-term fiscal deficit target of 3 per cent of GDP—has certainly not provided an enabling environment for greater creativity and innovativeness in the policies announced in the Budget. Perhaps the greatest creativity was needed in thinking of measures to kickstart private corporate fixed investment, which has seen close to zero growth in the past year. Private corporate fixed investment has been the driver of growth both in India and other countries. Currently, as the Economic Survey notes, the problem lies in a high debt overhang of the private sector, with several stalled projects and over-exposed banks (mostly in the public sector) that are now reluctant to lend funds for new projects. The Finance Minister puts a lot of hope in public investment in getting growth going, yet it is not clear how and where public investment will take place, given the problems of regulatory clearances (and with an ordinance on land acquisition, the purpose of which was to make infrastructural projects easier to start, not yet passed in Parliament). The Economic Survey provides an excellent diagnosis of the problems with the Public-Private Partnership model and ways to get around these problems, but there are no specifics in the Budget on how this will be addressed. More boldness was also needed in reforming public sector banks (possible through some select privatisations of the most inefficient ones and mergers of the more efficient ones) as well as a re-think of the priority sector lending requirements of banks so that they are better aimed at the poorest and most credit-starved households.

There is also more creativity needed in designing skill training programmes for unskilled workers (a welcome emphasis of the NDA Government) to make sure that the training provided is indeed demand determined and not top-down and ineffective, as most state- run vocational education programmes are. There are promising signs that the Government is finally taking on the thorny issue of streamlining exit procedures for loss-making private companies, but greater creativity would be needed in working out a bankruptcy code that is congruent with existing labour laws and worker welfare as well as protecting creditors adequately.

In sum, using the criteria set by the Economic Survey, the Union Budget 2015 does well, with some caveats, on two of the three criteria: the incrementalist approach it adopts is reasonably persistent and encompassing, but creativity is not there in equal measure in the Budget.