Sizzle After the Fizzle

Sizzle After the Fizzle • Up Close and Privileged • Jhappi Jilters All 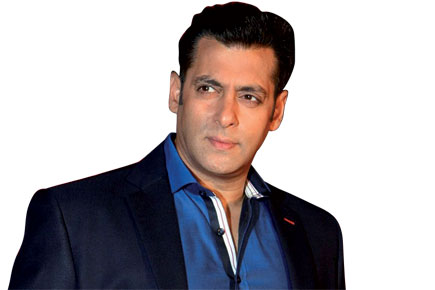 Sizzle After the Fizzle • Up Close and Privileged • Jhappi Jilters All


With Yeh Jawaani Hai Deewani having hit bullseye at the box-office despite tepid reviews, the film industry is already keen to pair Ranbir Kapoor and Deepika Padukone together on screen again. The actors, who hadn’t been cast opposite each other since Bachna Ae Haseeno in 2008 (possibly because of their infamous real-life break up), shared a scorching chemistry in Yeh Jawaani… and it’s no surprise that greedy producers want to cash in on that.

An Imtiaz Ali project starring Ranbir that was reportedly shopping around for a female lead may now have its casting sorted, sources say. There are also murmurs that Karan Johar—who couldn’t decide who, between Katrina Kaif and Anushka Sharma, would be better suited to star opposite Ranbir—may now be eyeing Deepika for his own directorial venture: an elaborate Partition-set period romance with a large ensemble cast.

The two young actors themselves are not unaware that their chemistry has gotten the industry excited, and they’ve apparently decided they won’t just accept every offer that comes their way. Deepika, who has recently wrapped Chennai Express with Shah Rukh Khan, and is currently filming Sanjay Leela Bhansali’s Ram Leela with boyfriend Ranveer Singh, has told friends that she and Ranbir will work together “sparingly” but only on “special movies”.

Up Close and Privileged

It might be a while since it happened, but that doesn’t mean we can’t laugh about it. Crew members working on Kabir Khan’s Ek Tha Tiger last year already had a fair idea of what to expect from their leading man Salman Khan—mood swings and tantrums, rewriting dialogues on set, and a general disregard for discipline, punctuality and professionalism. Yet, it had too often been proven that his films become blockbusters in spite of the chaos they are to film. And hence, apparently, everyone from producer Aditya Chopra downwards had decided to ‘adjust’ to the actor’s working style in order to get the movie made.

On one occasion, however, the crew—particularly cameraman Aseem Mishra—reportedly threw their hands up in helplessness when Salman’s indifference threatened to ruin the movie. On this particular day, it turns out, the actor showed up late to set and began rushing the unit to wrap his scenes as quickly as possible. When he was informed that different magnifications of a particular shot had to be taken, and therefore camera lenses would need to be changed for every set up, the actor came up with a solution that baffled the camera department.

According to an eyewitness, Salman asked Aseem not to change lenses for each set up, and instead offered to change his own position for each different magnification. “I’ll just come closer to the camera when you want to shoot a close-up; I’ll walk away further from the camera when you want a wider take,” he is said to have announced, much to the shock of everyone around. Kabir Khan is believed to have jumped in to broker a compromise. In the end, Salman was so adamant on leaving early that no set ups were changed, but his outrageous solution wasn’t taken either. Instead, the team apparently shot everything in close-up.

Film industry folk are apparently avoiding calls from a star wife, who has reportedly been urging friends to “help out” her family. The lady in question has appealed to friends’ emotions, asking them to step up during this “difficult time for our family” and repay the largesse and generosity her husband showed them in better days. The desperate missus is specifically believed to be targeting friends of her husband—filmmakers and actors—who collaborated with him on successful projects. Her husband, an ageing star, currently going through a bad patch legally, was famous for helping friends during trying times, but was also notoriously unprofessional and is known to have bankrupted more than one producer. Many of his friends, who insist they owe no allegiance to the actor’s wife, are believed to have made excuses and got off the hook.