Sanjay Takes a Cue from Salman 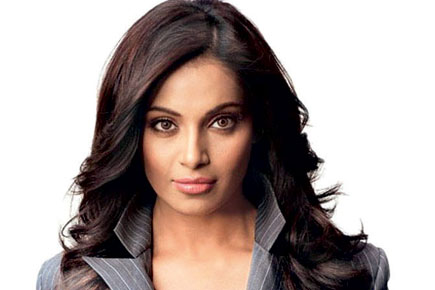 
Sanjay Dutt has apparently let his manager go, and has hired the services of the lady who’s whipped Salman Khan’s affairs (not those ones) into shape. After receiving a string of complaints against his manager Dharam Uberoi from irate producers whom Uberoi allegedly bullied, Dutt and his wife Manyata are believed to have given Uberoi the sack. The final nail in the coffin was Ram Gopal Varma’s open attack on Dutt and Uberoi recently for “harrassing” him during the making of Department. While Dutt and RGV are believed to have buried the hatchet, the actor has said he won’t forgive his manager for “tarnishing” his reputation in the industry and for rubbing many of his friends the wrong way.

Now it appears Dutt has hired Reshma Shetty to fix things. Shetty famously took over Salman Khan’s career at a time when the actor was going through a rough patch, and is credited with having sorted out the actor’s finances, endorsements and his charity, Being Human. According to insiders, Khan trusts Shetty blindly and won’t make any major career decisions without consulting her. Khan’s reliance on Shetty seems to have irked close friends who the actor happily “helped out” with money and guest appearances in films, but Shetty now makes sure the star doesn’t spread himself too thin any more.

When Bipasha Basu flew to Istanbul recently to shoot her cameo in Race 2, Kareena Kapoor was allegedly having sleepless nights back home in Mumbai. Turns out Kareena was uncomfortable about the fact that her boyfriend Saif Ali Khan was going to be in close proximity with his ex, Bipasha, in a foreign land away from her own safe gaze. Unit members say Kareena was constantly on the phone line with Saif, and might have also planted a few spies on the set to ensure that Saif and Bipasha shared nothing more than a professional rapport while shooting together.

As invariably happens, news of Kareena’s insecurity reached Bipasha’s ears, who was thoroughly amused by her shenanigans.

You might remember, Saif and Bipasha famously ‘got close’ while filming Race some years ago, before he hooked up with Kareena shortly after. And it’s widely believed in Bollywood circles that Kareena specifically asked Saif to sever all ties with Bipasha when they became a couple.

Although one hears they’re civil when they run into each other now, it’s no secret that there’s no love lost between Kareena and Bipasha who famously clashed while filming Ajnabee in Europe many moons ago. Kareena made rude remarks about Bipasha’s dusky complexion, even dubbing her kaali billi on the set, which prompted co-stars Bobby Deol and Akshay Kumar to jump to Bipasha’s defence.

Bipasha, meanwhile, who was dropped from Race 2, agreed to make a cameo in the film on the insistence of her Ajnabee directors Abbas-Mustan who requested her to show up in Turkey to film a scene in which her character is bumped off. Also present in Istanbul was Bipasha’s ex, John Abraham, who stars in the sequel, but was reportedly not on the set when Bipasha filmed her scene. Awkward!

The Cover Story that Exposed a Star

A leading male star is hopping mad at a film glossy for running an expose on his alleged affair with a popular actress. The story, which quotes unnamed sources, hints that the married actor has long had a roving eye and is known to fool around with his female co-stars. The story also suggests that the actor made the crucial mistake of promising this particular actress marriage in return for sleeping with him, and the actress made the crucial mistake of believing him.

This expose has apparently caused havoc in the actor’s home and his marriage, and he is said to be considering legal action against the publication for defaming him in this manner. The actor is also rumoured to have put his cronies on the job to find out who it was exactly who planted this story in the magazine.

From what one hears, it was the actress herself who in a weak moment revealed these and many such intimate details of their relationship to a gossip hack on condition of anonymity. Hurt at being used and subsequently discarded by the actor—who she alleges has stopped working with her and even acknowledging her publicly since their break-up—the lady hit back, never so much as stopping to consider that she could well turn out to be collateral damage in the explosion that would most likely follow.