What Sanjay Dutt and Salman Khan teach us about positive thinking 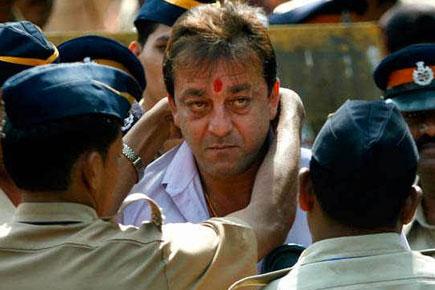 Sanjay Dutt is going to be out of jail ten months ahead of time, a generosity that the state provides to rich movie stars who buy AK-56s and hand grenades from the underworld. Salman Khan’s case investigations were botched, admitted the Mumbai Police to themselves 13 years after the hit-and-run and a month after the Bombay High Court arrived at the same conclusion and let him free. In the midst of such depressing news compacted within a few days, what we must never forget is the power of positive thinking and the existence of a good side to everything.

The ordinary Indian must first accept the fact that he did not have the foresight to be born to a movie star couple, the one singular achievement of Dutt. That might help him keep his expectations under check when it comes to ideas like justice and equality.

Does it make his blood boil that Dutt has been out of jail already for three months while serving his sentence before being offered this further remission? Let him then ask it to stop boiling and conjure up an image of all the other prisoners who will be making their applications for remission and how hard put some prison official will be to explain why it should not be given.

The official cannot make a file notation ‘Subject not movie star’ and send it further upwards or downwards for denial. In the immediate future, to justify Dutt’s release, they will probably release a few more prisoners. That is good. That is a positive side of things.

The Salman Khan case is as good an opportunity as ever to meditate on the meaning of reality. What is truth? When do we know a fact is a fact? The day after Khan’s car ran over pavement dwellers, there was not one man in the Subcontinent unsure about who was driving the vehicle. Through newspapers and television, the whole country was witness to the crime.

And yet, since memory is not evidence, and only that which is collected, stored and regurgitated after a decade counts, Salman was neither drunk and nor driving. That is the truth because it has been held to be the truth. There is something to look forward to in this too.

The Mumbai police has just sent a circular to itself on 16 ways in which the investigation erred, like sending blood samples for forensics testing two days after the crash or 2 ml of the 6 ml of blood taken from Khan disappearing from the face of the earth.

We can therefore expect 16 less lapses in every hit-and-run case in Mumbai. Isn’t that a giant leap of policing that should be celebrated instead of railing on about the nature of the legal system in India?

There might be 16 more lapses when another superstar’s car runs over four people below the poverty line, but those will be a different set of lapses. That is how civilisation progresses, through incremental improvements until, after enough cars of superstars have run over enough people, there will be no more lapses left to do in the police imagination. There is always something to feel grateful about.