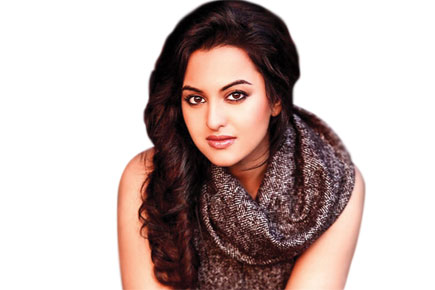 
They don’t make actors like Rishi Kapoor anymore. The 50-something star who’s as busy as his son Ranbir these days has been shuttling between London and Diu lately, where he’s shooting for Housefull 2 and an Agneepath remake. In August, he’s expected to take off to Darjeeling to shoot for Karan Johar’s Student of the Year, a youthful campus musical starring newcomers, in which Kapoor has been rumouredly cast as a gay university dean.  The casting’s meant to be all hush-hush currently, but Kapoor has already begun working on an outrageous look, we hear. His wardrobe in the film reportedly comprises a variety of floral shirts and pastel-coloured pants. There will also be a wig. The actor, who famously dressed in drag for Rafoo Chakkar in the 1970s, is said to be thrilled about pushing the boundaries again.

The tabloids are reporting that Band Baaja Baaraat couple Ranveer Singh and Anushka Sharma have called it quits. They’re saying it’s the actress’ closeness to Ranbir Kapoor that has caused the rift with her on-off boyfriend Ranveer. Last week, Anushka reportedly went on a movie date with Ranbir, which apparently was the final straw for Ranveer who’s said to have broken up with Anushka following an argument at a mutual friend’s home.

But Bollywood insiders say Ranveer’s growing closeness with Sonakshi Sinha has also been a cause of stress in his relationship with Anushka. After filmwalas returned from the IIFA Awards in Toronto recently with stories of Ranveer and Sonakshi’s sizzling chemistry both on-stage (during a performance they did together) and off it, Anushka is believed to have confronted her boyfriend.

Sonakshi Sinha has never hidden the fact that she has a soft spot for the messy-haired actor; she’s even admitted it on televised talk shows. Which is why she apparently grabbed the opportunity when the organisers of IIFA offered her a paired performance with Ranveer. Those who attended the show came back praising the young duo for their energetic dance routine. Now, there is also buzz that Ranveer and Sonakshi may be doing a film together.

So while it’s not entirely clear whether it was Ranbir or Sonakshi who was the reason for this couple taking some time apart, it does appear that Ranveer and Anushka are indeed going through a cooling-off period. Considering they have a romantic movie coming out in December (Yash Raj Films’ Ladies vs Ricky Bahl) that they will no doubt be expected to promote together, it might be a good idea to put their differences behind them so they can put up a united front when they’re grilled by the press leading up to their film’s release.

No One Wants to Act Opposite Her

She was a popular leading lady not so long ago, even if her acting skills weren’t much to speak of. She had films opposite every top Khan; she worked regularly with the Chopras and Johars, and the media loved her. Until it all suddenly went south. Practically overnight, the offers stopped coming. She became yesterday’s news.

Didn’t help that she took off to the US to pursue everything from short-term business courses to new boyfriends, while her career was folding up back home. On her return, she found that nobody wanted to hire her anymore. Younger, better actresses had shown up, and her place in the sun was gone.

Now it appears that with great difficulty the actress has succeeded in finding a financier who’s agreed to bankroll a new film that she is set to produce with herself in the lead. Since no A-list director will work with her, she’s roped in a talentless hack whose first film was a box-office disaster. It appears that the romantic comedy will be filmed in Europe, and while pre-production is complete, the actress and her director friend are now struggling to cast a male lead.

Turns out the younger lot has no interest in being cast opposite ‘an older’ actress, and the Khans she once did successful films with have moved on to working with younger heroines. Nobody will say ‘yes.’ As the start date on filming draws scarily close, the actress is still reportedly scrambling for a half-popular star to take the lead opposite her. Industry insiders are whispering that it’s going to be hard for her to make any sort of impactful comeback, given that her looks have begun to betray her too. All that Botox has made it hard to tell if she’s genuinely excited about something, or those arched eyebrows are just frozen permanently.