Rap Against the Machine

The last two years have been the most exciting for rap music in India. Indian rappers have a reason to pat themselves on the back—they’re living their music and writing rhymes that document the times we live in 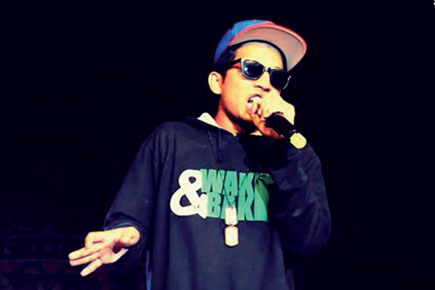 Baba Sehgal and Devang Patel are both caricatures in the world of rap, but have the distinction of being the most popular names associated with the genre. Both Patel and Sehgal released albums through the Noughties, but while Patel has failed to remain relevant, this year Sehgal will perform at one of the country’s best known music festivals. In recent years, Sehgal has released songs such as Going to the Gym and Chicken Fried Rice, adding to the travesty of his repertoire. Recently, legendary rock-and- roller and bluesman Keith Richards sounded like a senile old man when he lashed out against rap. Said Richards, “Rap—so many words, so little said. What rap did that was impressive was to show there are so many tone-deaf people out there. All they need is a drum beat and somebody yelling over it and they’re happy. There’s an enormous market for people who can’t tell one note from another.” I was inclined to believe that the 71-year- old guitarist of The Rolling Stones had perhaps been introduced really late in his life to Sehgal and Patel.

Rap isn’t a genre that can be dismissed so easily, regardless of how influential the musician who is knocking it. I can easily say that the last two years have been the most exciting for rap music in India. In 2014, one of the most impressive new artists that I’d heard was a Marathi rapper named Bhau, and it is not just a mere coincidence that one of the most powerful voices I’ve heard this year is of Naezy: Naved Sheikh, that is, who raps in Hindi and Urdu. The 21-year- old Naezy is from Kurla, a Mumbai suburb that has in the past made headlines for violent street crime and gang wars. “Bombay 70” or “Bombay sattar”, as Naezy refers to Kurla by its postal code, often comes up in his music and he wears his pincode like a badge. Last month, Naezy took over the stage at Blue Frog, Mumbai—a venue that is as intimidating as it is renowned. But Naezy went up on stage soon after Manmeet Kaur, a promising female rapper who raps in Hindi and English, wrapped up her set. While Kaur looked like she was put off by the deceptively snooty vibe of Blue Frog, Naezy brought the roof down from the word go. Naezy has an effortless sense of beat and rhyme—and had the audience singing along in no time.

This was Naezy’s second performance at Frog and this time round, he was decidedly more self-assured and speaking a language that was all his own. Naezy performed Meri Gully Mein and Aafat! among other songs that had the crowd cheering loudly for him. I didn’t ever imagine that Naezy would find an audience among fashion enthusiasts, but there he was owning the ramp-turned-stage and charming the shimmering pants off fashionistas and designers at Lakme India Fashion Week recently. Naezy is also the toast of film lovers at the Mumbai Academy of Moving Images (MAMI) with Bombay 70, a nine-minute documentary on his life and work as a rapper, bagging the Best Short Film award in 2014. Filmmaker Disha Rindani, who made Bombay 70, made the film because she found a fascinating subject in Naezy and has said in interviews that it was the rapper’s honesty that stood out for her, and Naezy’s straight-to-the-gut, raw sincerity is what makes his rhymes so powerful.

Indian rappers have a reason to pat themselves on the back—they’re living their music and writing rhymes that document the times we live in. Rapper Delhi Sultanate from the capital has never held back on criticism, and has brought in compelling political commentary into its music, as also that of The SkaVengers, with songs such as Modi, a Message to You. And there’s Vik Sen, a young rapper from Kolkata who performed at the Ziro Festival of Music in 2014 and raps against Section 377 in his song Someday. Ask Sofia Ashraf, and if she has no longer been banned from talking to the press, the young rapper from Chennai who now works at an ad agency in Mumbai will tell you more about how the country has taken to rap. It has compelled a multi-billion dollar company, for example, to sit up and rethink its environmental policies. There are rap cyphers being held across the country nowadays. And Kolkata, I’m told, has turned into a hub for these cyphers or gatherings where rappers freestyle without beats or instruments to guide them along. The golden age of rap, which has its roots in East Coast America, has taken its own time to reach India but it’s definitely here to stay.