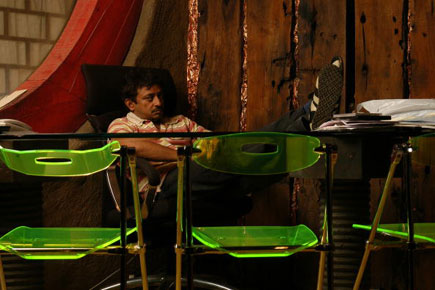 
The most fascinating account that I have read of a Bollywood personality about his own ethics is by Ram Gopal Varma. It was a couple of blog posts in 2008 about the making of his first film Shiva. He had joined the crew of a Telugu film as fifth assistant director. The producers were impressed by his understanding of movies. But as an assistant director, he was so inept that they told him to just hang around the sets doing nothing. Varma spent his time becoming movie star Nagarjuna’s chamcha.

It got him the promise of a movie to direct, but since the producers had other projects, he would have to wait. Varma didn’t want to do that. He was meanwhile asked to write a film that they were making with another director. He was asked to explain the script to Nagarjuna’s father, the veteran actor Akkineni Nageswara Rao. Varma deliberately screwed up the narration to the point where ANR saw no sense in the movie. He then told the producers a different version of what had happened with ANR, spreading confusion and ensuring that the film was spiked. That freed Nagarjuna’s dates. He then repeated the same tactic between the actor and the producer. He wrote: ‘I went to Nagarjuna who used to live upstairs of the office then and told him that there is no script for the Kodandi Rami Reddy film and there’s no way a script can come up in the given time and I said since my script is ready as long as he decided to take a chance on me someday or the other why not take it now…I went to Surendra (the producer) and told him that since he will loose (sic) a project with Nagarjuna and not get his dates for quite some time, I will try and convince Nagarjuna to do my film in the same dates, to which he agreed. Then I met Nagarjuna and told him Surendra is keen to do the film with me only and I called Surendra in and told him Nagarjuna is fine with it. I don’t know how clear I am being here but the basic point is that I made both Nagarjuna and Surendra feel that it [was]the other’s decision.’

Shiva went on to become a cult film. Varma does not regret any of his machinations. He didn’t have an opportunity and so he created one. Shiva’s dubbed version in Hindi, to an audience for whom the faces were unknown, was also a blockbuster. He was suddenly one of the avant garde directors of India along with Mani Ratnam and Shekhar Kapur. To those who look at what Varma has churned out in the last couple of years, Shiva would be a puzzle. You could still explain classics like Satya and Rangeela for by then Varma was a magnet for all sorts of filmmaking talent—like Anurag Kashyap and Shimit Amin. But Shiva was his alone, from start to finish. He used the earthy feel of art movies of the time to make a commercial gangster film.

I saw Varma’s latest movie, The Attacks Of 26/11, in a multiplex in the suburb of Borivali on a Tuesday night. The theatre was two-thirds full and that itself was a surprise. Seventy per cent occupancy for a movie without stars on a weeknight five days after its release means a hit, something Varma is not used to nowadays. But 26/11 is still nowhere close to even his average fare. There are the same tiresome gimmicks like a shaking camera, slow motion scenes picked by random selection and a background score completely out of sync. The terrorists bear expressions that announce ‘I am a terrorist’. Kasab even makes a short over-pitched sermon on the terrorist’s psyche, and in return, after a couple of scenes, he gets a lecture on Islam by Patekar. The audience around me seemed to like it.

It’s also been a long time since Mani Ratnam made a cult classic, but you don’t walk out of his movie thinking someone else made it. With Varma, you do this each time a new movie comes out. Since the mid-2000s, it is as if he has severed all links with what had made his movies so watchable. Like Ratnam, he is also a victim of ‘the creative peak’. It is all downhill after your greatest works. Artists paper over it by containing their ambition and sticking to tested things learnt along the way. AR Rahman has been past his prime for a long time, but he manages to thrive and even gets an Oscar. But Varma’s is the strangest case of descent. He seems to have no self-awareness that anything has changed. That the shock of the violence of a cycle chain in Shiva is not the same as that of blood spouting with abandon in 26/11.