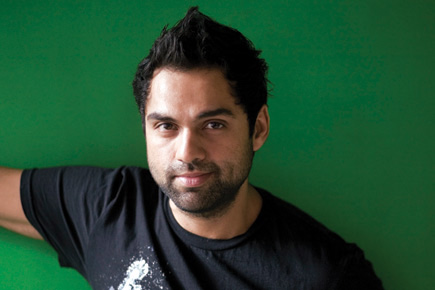 Abhay Deol may be the current poster-boy for indie cinema here, but unit members of Zoya Akhtar’s film, Zindagi Milegi Na Dobara are not impressed with the star. The team recently returned from a marathon shooting schedule in Spain, where Deol filmed with Hrithik Roshan and Farhan Akhtar, and allegedly threw more tantrums than both his co-stars.

He reportedly peeved off the unit with his condescending attitude, behaving like he was the only one in the cast who was hired for his acting skills. On one occasion, while he was waiting for a spot-boy to relieve him of a coffee cup he’d finished with, set hands were appalled to hear him declare imperiously: “Now will someone get rid of this cup so I can start acting?”

Insiders say all this talk of a ‘thinking actor’ and ‘saviour of Hindi cinema’ has gone to Abhay’s head. His ego took a beating when he discovered Hrithik’s call time every morning was slightly later than his own, and he insisted he didn’t want to be treated any differently than the light-eyed superstar. He didn’t care that Farhan (who’s also the film’s producer, and the director’s own brother) had no issues being treated as junior to Hrithik; and threatened to show up late until he was assured that from the following day onwards, Hrithik would be summoned on to set the same time as him.

Ranbir Kapoor was always Mira Nair’s first choice to play the lead in her adaptation of Mohsin Hamid’s The Reluctant Fundamentalist, which she’s chosen as her next film. But when the actor took his own time responding to Mira’s offer, the Monsoon Wedding director began to look for alternatives.

One of the actors she briefly courted was Shahid Kapoor. But even before she could send him a script to read, the actor had already leaked to the press that he was doing the film. When the script arrived, Shahid reportedly took forever to consider it—and to ultimately refuse it. Sources close to Shahid reveal that he had little interest or confidence in doing an international film in English; and that he hadn’t even bothered to read the script before turning it down. But that didn’t stop him from deriving free publicity over the news of being offered the role—never once did he deny stories in the media that he was attached to Mira’s film.

Embittered by this incident, Mira is believed to have contacted Ranbir again, who agreed to read the script and think about the offer seriously this time.

A popular leading lady of the 90s, dubbed the ‘chirpiest’ star of her times, is apparently upset with her male co-star and friend whom she has known and worked with on several films, since they burst into Bollywood together in a blockbuster Romeo and Juliet adaptation in the late 80s.

Story goes, the actress recently invited her superstar co-actor to attend a screening of a small-budget, independent film she’s acted in, hoping he might be able to offer tips on how to sell the movie. The male actor is considered a marketing genius in Bollywood, having come up with innovative campaigns for his recent hits. He famously got ushers in cinema halls across the country to part-shave their heads and sport the same haircut as his character in one film. To promote another film in which his character disappears for many years, he disguised himself and travelled to various cities, showing up in different places as different people. Much of his recent success at the box-office has been attributed to aggressive marketing, in addition to his fine performances.

The actor arrived for the screening with his wife, and congratulated the actress and the film’s director when the lights came back on in the end. But he didn’t have much to offer by way of feedback or marketing suggestions. The actress waited around patiently for some pearls of wisdom. But nothing came. Disappointed, and embarrassed in front of her director, the actress ultimately deduced that the actor might be unwilling to support the film since it appears to be in the same space as a film his wife recently directed, with him in a pivotal role. Both films are likely to be released around the same time too. The screening, then, was a mistake. They might have just helped the competition know exactly what they were coming up against.