One Isn’t a Lonely Number

…and two quite often a dead weight 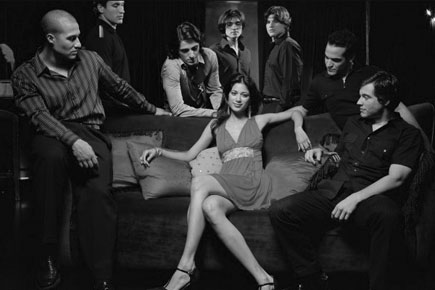 …and two quite often a dead weight


Yesterday started with Grandma K calling and demonstrating the considerable strength in her 80-year-old vocal cords. The reason for this emergency conference call was the pressing matter of her last granddaughter (me) slipping past the mid-20s mark without being spoken for. How had I crossed the K-family’s age-ceiling without a man in tow? How had the various aunties with detailed transatlantic charts of the day, date and exact planetary positions at the time of birth of single boys and girls not noticed this anomaly of nature?

But the unimaginable had happened. And last morning had me looking into the mirror to see if I had changed in some irreversible way, now that I had passed the acceptable age of singlehood. My mirror shows me the same person I’ve been looking at for the past few months—maybe a couple of kilos lighter—but the family mirror shows a ticking time bomb.

The pandemonium that followed within the K household, as shamefaced uncles and aunts scrambled to find friends with eligible sons, made me think about myself and other single friends—some enjoying their carefree 20s, others in their 30s and a smattering in their 40s. I’ve never thought of them as anything other than the intelligent creatures most of them are. Some of them are looking for love, others aren’t. Turns out, it isn’t as simple as that. There are two universally accepted truths about singlehood:

» If you’re single you must be looking to date;

» If you haven’t found him/ her, you must be unhappy

But what if you’re a third kind of single—the kind who isn’t looking and is happy? The thing is, ‘we singles’ aren’t necessarily unhappy. Just like non-singles aren’t necessarily happy. I’ve seen a lot of unhappy couples dragging their feet through life, tugging along the weight of a dead relationship. Because letting go would mean being single. And that must be infinitely worse. I can’t think of anything worse than scaring ourselves into togetherness. We don’t think twice about scorning women who are in relationships solely because of the financial security they afford. Are they all that different from us, if we throw ourselves into emotionally damaging relationships simply to avoid the single life?

Being with someone is supposed to be an enriching experience, not an isolating one. Some of my loneliest friends are those who are in relationships that should have ended years ago. I think the problem lies with our notion of ‘incomplete’. Despite being a generation of educated, independent women who can be anything we want to be, why do we continue to live with a sense of incompletion until a man comes along? Why can’t being single be a celebration of who we are, a choice and not a consequence of being certifiably undateable? A single person is not someone who’s looking to date nor a morally vacuous person who can’t resign oneself to one vagina or penis. S/he is just someone who’s made a choice that is as subjective as choosing coffee over tea, or black lingerie over red. Who’s to say one is better than the other?

A friend of mine, an ex-editor of a lifestyle magazine, believes that the older you get without being in a serious relationship, the more likely it is that you have latent commitment or trust issues. I find that assumption almost as ludicrous as saying that only kids grow up to be selfish adults. It’s a lifestyle choice based on individual needs and priorities. You’d think that Ivy League educations and messy, expensive divorces would’ve made us appreciate not putting the cart before the horse. Not the case. If you’re single for an extended period of time, there must be something wrong with you. It doesn’t matter that you were working your butt to the ground to pay off an astronomical student loan, or that you were signing book deals, or inventing something cool, like, I don’t know, whole-wheat bagels, but while you were doing all of this, you really should have made time to kiss a long succession of frogs, hoping that one would turn into a prince.

This column isn’t about hating couples, maybe I’ve just had one too many of those baleful ‘It’s okay, you’ll find someone too’ looks. I’m sure I will, if and when I decide to look for him. In the meantime, I have a queue of men waiting to buy me drinks at the bar. I might even take one (or two, or three) of them home. And you thought the single life was bad.