Once Again, the Same Nonsense

How can the abduction of a Collector and an MLA be an argument for talking peace with Maoists? 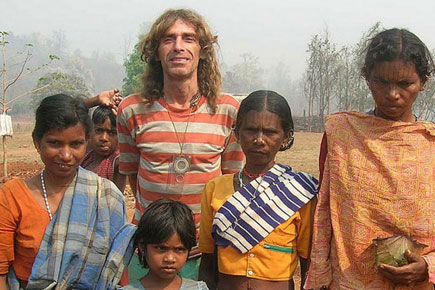 How can the abduction of a Collector and an MLA be an argument for talking peace with Maoists?


In the course of a month we have had an Italian tour operator, an MLA and an IAS officer kidnapped by Maoists. They are the latest among the 1,500 people kidnapped by Maoists over the past four years. As reported in a piece by Mihir Srivastava last week, over 300 of those abducted have been killed. In the same piece, a person who chose to remain anonymous admitted that he had been a mediator in many such situations and said, “Abductions are not merely a law and order problem, it is a reaction to the denial of basic rights that the Constitution of India guarantees.” He sought to claim an equivalence between the kidnappings by Maoists and the arrests on false pretexts by the State.

I thought the man was out of his mind till I read a piece by Nandini Sundar, sociologist and petitioner before the Supreme Court in the Salwa Judum case. Referring to the kidnapping of Collector Alex Paul Menon, she writes, ‘Though kidnapped by the Maoists, Menon joins the ranks of several other hostages who have paid the price for their efforts to bring about peace. Take for instance, my co-petitioner in the Supreme Court in the Salwa Judum matter, Kartam Joga, an elected representative who believes in democratic means. He has been held hostage by the Chhattisgarh government since August 2010, in jail on a variety of trumped up charges.’ It seems the equivalence is a matter many activists seem to have little problem with.

But once someone accepts such an equivalence, and makes such an argument, he or she should drop the pretence of claiming, as Sundar does, of being a person ‘struggling for justice under the Constitution’. If it is the Constitution we are talking about, however imperfect our justice delivery system (and it is very imperfect), we can only hope to change things within its boundaries. By her argument, each time the police arrest someone under false pretexts—and yes, this does happen on a daily basis in every part of the country—relatives and friends should proceed to kidnap a policeman or two. She may not agree with such an act, she seems to suggest, but it seems it would have her sympathy.

Sundar then goes on to argue that ‘against the government’s two-pronged strategy of security and development, therefore, I would suggest a three-pronged strategy—peace talks, reparations and genuine devolution of control over resources.’   But there is no one to talk peace with. The Maoist leadership has never expressed any interest in a permanent peace; in fact, the idea is antithetical to their existence. In which case, who should the reparations go to, who should control devolve to?

Certainly not the people,  because as Sundar’s own article makes clear, the people have little say where Maoists rule: ‘The Maoists do not want the villagers to accept any other funds from government, including compensation, unless it comes with criminal prosecution of Salwa Judum leaders. The villagers themselves want both the state and the Maoists, since they bring benefits of different kinds: they want National Rural Employment Guarantee Act (NREGA) but not the police and forest guards.’ Her solution seems to be to leave Maoists as they are, with their kangaroo courts, their amputations and decapitations, their thuggery and extortion, because how is the NREGA to function where policemen can’t?

Such illucid thinking is at the heart of the claim that the Maoist issue is not a law and order problem. Of course it is not, but the solution must begin with the restoration of law and order. There can be differences about how the Government is going about doing this, there can and should be criticism of how the security forces have operated, of the strategies being adopted, of how Home Minister Chidambaram has functioned, but there really can be no question of what the aim is.

It is only because there is a measure of law and order in some parts of the country, however imperfect, that Sundar can criticise the Government and approach the Supreme Court. It is only when people like Menon are similarly ensured a secure environment for their work can they even begin to ensure schemes like the NREGA function.

If Maoists were so interested in development and the good of the people, why do they not kidnap collectors who remain uninterested in doing such work? In truth, they are threatened by the prospect of development that a person like Menon can implement.

Being a liberal does not mean being stupid. There is nothing illiberal about arguing that we need a policy of  ‘no negotiation’ with kidnappers. There is nothing illiberal about arguing that a Collector and an MLA who want to do good work need to be guaranteed an environment where they can do their work. In fact, this is the only aim that makes sense.