No Place for Zeenat’s Son 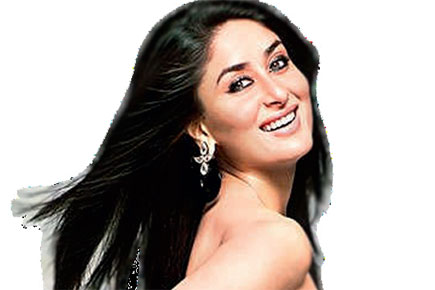 
Eyewitnesses who were seated not far from her at a Bollywood awards ceremony in Singapore a few weeks ago say they noticed Zeenat Aman gracefully walk out of the event midway through the show when the organisers refused to give her son a seat beside her. Although the Satyam Shivam Sundaram star was seated up front for a ringside view of the on-stage action, her son who had escorted her to the event was apparently asked to take a seat in the rows behind.

After she made a few requests that her son not be stranded all alone in the back, Zeenat was reportedly informed that the front row seats were reserved for “faces only”, who the cameras would focus on during the televised event. When no amount of reasoning worked, she is believed to have quietly got up and left with her son in tow, and without making any fuss at all.

The organisers, too busy pandering to the egos of younger stars, allegedly weren’t bothered by this turn of events, and didn’t ask her back.

What’s with Kareena Kapoor pulling out of so many films? Bollywood insiders are saying the actress—who’s all hot and bothered by the fact that people continue to refer to her upcoming film Heroine as “the one Aishwarya Rai had to give up when she became pregnant”—is now determined to prove that she’s usually the first choice for all major films.

Not so long ago, Kareena signed a Dharma-Balaji co-production opposite Emraan Hashmi, only to leave the project a few weeks after the casting had more or less been locked, making way for Deepika Padukone, who’s now reportedly in. Kareena was committed to starring opposite Ranveer Singh in Sanjay Leela Bhansali’s Ram Leela, but dropped out at the eleventh hour, allegedly sending the filmmaker in a mad scramble to find a suitable replacement. A few months ago, she also walked out of Milan Luthria’s Once Upon A Time in Mumbaai 2, starring Akshay Kumar and Imran Khan, only to be replaced by Sonakshi Sinha.

The popular theory floating around for her recent ‘walk outs’ seems to be her October marriage to Saif Ali Khan, and her resolution to take time off work after the wedding. But then she has just gone and signed Punit Malhotra’s film opposite Imran Khan. Apparently, the actress made an exception in that case for two reasons—she couldn’t say ‘no’ to her good friend and confidant Karan Johar who’s producing the film, and she really has been looking forward to doing another movie with Imran, who she got along with famously while making Ek Main Aur Ekk Tu last year.

News is trickling in that Kareena has also said ‘yes’ to starring with Ajay Devgn and Amitabh Bachchan in Prakash Jha’s Satyagrah, but it’s hardly any secret that that film was originally offered to Jha’s Raajneeti heroine Katrina Kaif. It’s a well-known fact that Kat couldn’t accommodate the project in her schedule because she’s still wrapping up Yash Chopra’s SRK-starrer, and is getting ready to dive into Dhoom 3 in which she is pitted alongside Aamir Khan, no less.

This mild-mannered actress who just scored her first big blockbuster has been in the news over the past few months for her alleged romance with a top director, who happens to be married. The couple is believed to have ‘got close’ while filming their last movie together, in which, surprisingly, she didn’t have what one might describe as a particularly meaty role.

Some gossip rags have labelled her a ‘home-breaker’ for driving a wedge between the filmmaker and his wife, but the actress has so far maintained a dignified silence on the subject, despite news of their affair having become fodder for local tabloids recently.

Lately, one has heard the director has left his wife and kids, and is living in with the actress. The young lady, described frequently as the kind of girl you’d take home to your mummy, is believed to have made heads turn at private filmi dos recently for flaunting an all-new curvaceous look. Word is she’s had some work done on the—ahem—‘top shelf’, and there’s talk that she’s also apparently got her lips plumped.