Nayantara Sahgal: The Writer as Dissenter 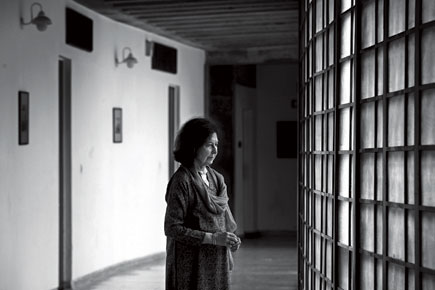 Sometimes you sit in a corner and watch a country and you learn a lot. You learn to listen, to wait for the right time, the right pitch. You hear people talking and you realise power fascinates them. They realise quickly that power, no matter how potent or distant, loves flattery. You can seduce power as it seduces and entraps you. Sitting on pavements and hearing conversations at bus stops, I realise that people felt that Modi was like a demon god. He was all-powerful, for there was no one to oppose him. There was no child to announce aloud that the emperor had no clothes. People knew this emperor had clothes because his government ran like a hosiery department. It treated the empire like a costume ball and the leader like a model on a ramp. All he did was strut and stomp and the world thought he was decisive. Everyone believed he was a miracle and announced the king could do no wrong. Many also believed in secret he was not getting things right, but such doubts died down in silence.

The emperor watched his deputies perform in silence. A professor got murdered while out on a morning walk with his wife and the Prime Minister remained silent. Another writer was shot and people argued that old men should not have strong opinions. A man got lynched on suspicion of cooking beef and all of Modi’s men came out and defended the cow. Sacred cows, they claimed, let you desecrate human beings. All around a new set of self-styled policemen were banning beef and censoring words. They felt they were the new curators of morality and licence. People felt good because they felt the policemen, like them belonged to a group called the majority.

The new rules were clear. The majority could bully anyone, police anyone who annoyed or differed from them. They felt that majority rule was just and fair because the majority had been silent for too long. Modi and history, they felt, had vindicated their view. And now democracy had become a form of policing. Majorities began to silence minorities and Modi watched in silence, almost paternally. His silence spelt approval.

Modi realised that he was a Ravan with many heads. He outsourced decisions to his other heads, the Bajrang Dal, VHP and the RSS. He knew that they were former incarnations of himself. He remained above it all while the other heads issued directions. It was a wonderful division of labour. He ruled South block while the RSS ruled the streets, spelling out the civics of nukkad behaviour.

Recalcitrant professors, diet deviants, women demanding freedom had to be policed. The thought police began by revising the college syllabus. Once you rectify textbooks, you rectify thought. Thought control need not be insidious. It can be blatant. You can rewrite history to suit yourself. Deen Dayal Upadhyaya, their great leader, was a pygmy. All you had to do was inflate his picture while removing pictures of Nehru from the Nehru Memorial Museum. They asked the obvious question, why there was so much Nehru in the Nehru Memorial Museum, and decided to reclaim history as if it was a scrapbook. It was so much easier to revise the syllabus than the Constitution. Silencing academics was easy. Anyway, they preferred fighting each other. There was no crime of silence because people realised in a Modiesque India, citizenship was a mere pantomine of approval. As good citizens, they pushed up Modi’s approval ratings. Our Prime Minister had already got the votes. He was now happier with TRP ratings. The logic was clear. Governance was slapstick and citizenship was a pantomine. All that the rule of law as rule of the majority demanded was silence.

When regimes dominate and citizenship is a vow of silence and patriotism a mere rubber stamp, all it needs is one sign, one word, one individual to break the conspiracy of majoritarianism. An individual whose life spells integrity and whose writing speaks of creativity. The Kannada writer UR Ananthamurthy once warned that the one thing that dictatorships cannot stomach is the wrath of the storyteller.

A writer is a storyteller. When the world watches people being murdered, she or he knows that a story dies with the victim. The least a victim is entitled to is that someone tells his story. The writer as a storyteller is a trustee. She has to make sure that when a life disappears, the story does not disappear with it. The writer sustains the sacredness of the human. She knows that in silencing the human, one is silencing one’s own humanity.

All it requires is one protest, one voice from the nukkads of democracy, one that speaks with dignity and insists on dignity, saying silence is no longer permissible. How long can one watch a regime trampling a human being, defiling the sacredness of our greatest written text, the Constitution?

Nayantara Sahgal’s letter was simply worded. The author was warning us that Modi was violating the idea of India and that Hinduism, the most syncretic of religions, was behaving like a monoculture. When majoritarianism and monoculture combine, democracy dies. When a dream dies, the afterlife is a nightmare called dictatorship.

When a Kalburgi is murdered, Pansare shot, and when a writer dies for doing his duty, silence is no longer permissible. When innocence is murdered and rendered obscene by defending sacred cows, the writer has to protest simply and bluntly. Words contaminated by the media, soiled by propaganda, now recover their simplicity, their ability to speak the truth. The writer has to stand up against the mob because a mob can never pretend to be a democracy. A herd or a crowd can never claim to be a panchayat of citizens. Truth eventually is as simple as that, as stark as that and as obvious as that. But it is the obvious that always eludes us in an emerging dictatorship.

Nayantara Sahgal’s letter broke the silence. What followed was a miracle play as other writers as dissenters punctured the silence. Ashok Vajpeyi returned his Akademi award won in 1994. A Hindi writer was preceded by an Urdu writer and followed by a Malayalee writer. It was an insurrection of languages, authors in many dialects speaking the same language of responsibility, protest and freedom. The impact, since it was neither orchestrated nor chorus-like, was impressive. It was as if conscience spoke in many languages and democracy came alive in a glimmer. The writer had spoken. The roll call of honour was impressive: Nayantara Sahgal, Ashok Vajpeyi, Shashi Deshpande, Sarah Joseph and K Satchidanandan. Each writer spoke out and each name speaks for itself. One salutes them all.

Suddenly, the Modi regime, despite the raucous acclaim of the NRI, seemed flat-footed and silly. Quietly bluntly it was said that civilisation did not begin at Silicon Valley. It was a reminder that connectivity is not communication and that Google and Facebook are not quite Marcel Proust, Aleksandr Solzhenitsyn or Fyodor Dostoevsky. Literature stands apart from technology. The human creates surprises no computer can match.

When a writer like Sahgal protests, writing becomes a lens magnifying the warts of a society, her letter becomes a mirror of our own hesitations, our self censorship looks silly and protest turns democracy into a kaleidoscope of possibilities. In one magical moment, democracy which survives on citizenship and thrives on language, comes alive. The banality of a regime’s politics is suddenly exposed to a message of hope, a dream of an alternative. Truth has a magical matter of tact that only a writer can present. As Sahgal put it in an interview, “There are times in history when you have to stand up and be counted.” The writer’s protest does add up, defying the logic of bully boy fascism. A letter, a book or a poem still speaks truth to power.

A single voice. A single letter. A quiet act of protest. And the word spreads. Democracy survives the emerging dictator for another day. The writer protests and the world listens. It is the beauty of language, the power of courage, the faith that one man can dissolve a chorus. One can nitpick and say no scientist has spoken, that no social scientist has protested. One can wait for it now. The myth of Modi is in smithereens. Once more, the writer has spoken. The storyteller lives in his world, and the story survives. Democracy lives because the writer has spoken. It is a moment of thanks giving, one citizen’s ‘thank you’ to another.