A man who cares for others 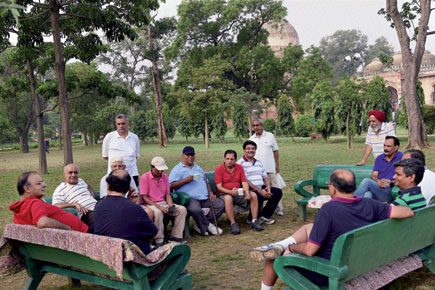 Many years ago, Arun Jaitley was very, very excited. Not because he had won yet another case in his path-breaking career as a lawyer; not even because of some political goal he had scored. But only because his stenographer’s daughter had topped her college and found herself a job with a multinational in the US. It was an education that Jaitley had funded. Much like the education of every one of the children of his staffers. Much like the housing he had provided each of them: not in some staff quarters, but in independent MIG housing colonies.

At a time when most senior lawyers would usurp the clerkage that was meant for their staff, Jaitley would not only hand it over but also supplement it with a lot more. On 31 January 2015, Jaitley, his wife Dolly and the two children made their way to an orphanage close to his home, a ritual that happens on every special occasion in the Jaitley household. It was his son Rohan’s birthday and instead of the ubiquitous party, Jaitley, like he does every year, spent time with kids at the orphanage—not just feeding them but supporting them in multiple ways as he has always done.

Gopal Bhandari is not someone most people would know. Nor would you have heard of Surender or Padam. These people don’t just work for Jaitley; they are his family, treated with the greatest respect and care. Last year, when Jaitley had his surgery, upon returning home he was in the care of a doctor and a nurse. I still cannot recall any lunch or dinner I have had with Jaitley when both of them haven’t been with all of us at the table.

When my father took ill this year owing to a brain bleed and subsequent surgery, it was Jaitley and his family who took greater care than one could have imagined. I remember Jaitley was leaving for Davos on the evening of 20 January 2015, but his thoughts all day were with my father and he must have made several calls to check about my Dad’s tests and health.

His wife Dolly is an elegantly caring woman. For her, much as for both his daughter Sonali and his son Rohan, the family always comes first. And their friends are subsumed within that family. There have been innumerable instances when, from seeking out recipes to get-ting information on food and clothing, I have made calls to Dolly and she has taken pains to ensure everything works out smoothly.

The reason for this preamble is to help you understand who Arun Jaitley really is. He is Finance Minister of this country, but he is a decent, caring human being, and one who is an avowed nationalist. I have never ever seen him lose his cool on anything. And I have now known him since 1999. Not once have I heard any despicable utterance from him. I don’t think he has it in him to be either vindictive or compromising. For him, family values are critical; loyalty is always at a premium and care for one’s parents stacks up very high in his principle- benchmark.

He has very clear thoughts on what is good and what is not. He discourages adultery, as any normal man should; for him, work is all about integrity and not about getting it done. For him, his friends are friends no matter their station or place in society. And he believes in his friends. Defends them ever so often. Many years ago, Virender Kapoor and I used to walk with Jaitley in Lodhi Garden, and I remember once I had written a vitriolic piece on Sushma Swaraj and that too from New York. Jaitley knew nothing about it until he was perhaps told by her. I recall Jaitley telling both Virender and me that what we were writing about the then NDA Government was getting him into trouble because people assumed we were doing it at his behest. And then he would simply laugh it off.

And one final personal story: many years ago, the Jaitleys and my parents and I had gone on a cruise. One of those really middle-market cruises, and thanks to his inherent distaste for vanilla sightseeing, Jaitley would stay back on the ship (and not do those on-shore excursions) just so that he could be company for my Dad. He needn’t have done it, but then he is cut from a very different cloth.

It is against this backdrop that one must evaluate the contours of the Union Budget that Jaitley presented on 28 February. His was not a Union Budget prepared by some mandarins of the Finance Ministry only to be read out aloud by their boss. The Union Budget and its thoughts have the unmistakable stamp of Arun Jaitley: of his beliefs in a more just society, evinced in his Universal Social Security programme; the care he has always had for the elderly in the avatar that the Pension Fund will take; his inherent secularism, which is why the Heritage Fund that covers the old churches of Goa. Remember, Jaitley was a student of St Xavier’s, Delhi. That school was his alma mater, so he is no stranger to the exemplary education that missionaries have provided to millions in this country.

Jaitley loves children and is an avowed believer that education in any society is the first pillar of a more opportunity- laced and equal society, which explains the emphasis on education and employability in this Budget. And then there is his nature of being utterly fair. No matter what political differences he may have, personally he cuts across party lines. Be it the Badals or for that matter Nitish Kumar, or even a P Chidambaram, Jaitley maintains relationships of healthy mutual respect because he doesn’t possess a grain of arrogance. But then again, he is not afraid to call a spade a spade. Recently, when Deepak Parekh lamented the fact that nothing had changed in the last nine months, Jaitley chose to ignore the comment only because he is not a street fighter. His weapons are his mind and wordplay.

The Union Budget that Jaitley presented had one other facet that bears his imprint. Jaitley is the quintessential tortoise. He believes in building and not constructing. His is not a life of manipulation and pithy soundbytes; that, he leaves for others to do. He in essence is a strategist, which is why he is so indispensable to the Prime Minister and to the party.

The Centre’s acceptance in entirety of the Finance Commission’s recommenda- tion to increase allocations to the states is symptomatic of Jaitley’s belief that he is India’s Finance Minister and not the BJP’s alone.

In order to understand his angst against black money and his belief in ethics, I will leave you with one more story. Many years ago, when Jaitley was the Union Law Minister, he went to Nainital to inaugurate the new High Court that had been set up there. Since I was a student at St Joseph’s, Nainital, he asked me if I wanted to visit the place of my childhood and I readily agreed. He had arranged for me to stay at the Raj Bhavan, upon payment of course, and he too was staying there. We entered the Raj Bhavan and the caretaker asked for the required fee. Jaitley took out the money and paid it without batting an eyelid. The caretaker was a man called Tewariji. In the evening, while I was lolling around, Tewariji came to me and said he had served so many ministers and VIPs but not one had ever paid the ridiculously low fee of Rs 200 per night and he always had to cough up the cash from his own pocket. And that Jaitley was the first man to ever pay for it himself. Tewariji then added that this man, Jaitley, would go very far. And he has. But, thankfully, not in his own eyes.

Jaitley remains rooted to the ground. Not a whiff of arrogance and no recrimination for those who may have slighted him. Which is why my advice to all of you who are reading: don’t expect anything that is either illegal or unethical from Jaitley. He is unarguably the most principled man I know and this country is in safe hands. But the ones who are not so safe anymore are the ones who believe they can get away by breaking the law. His warnings to black money hoarders and Swiss bank account holders must be heeded. Because if they ignore the lightness with which he spoke in Parliament, they do so at their enduring peril.

In sum, there will be a lot written about the Union Budget. But the Budget is not what maketh a man. In this case, it is the man that maketh the Budget.