This year, I resolve to give up on some parts of myself. And it feels fabulous 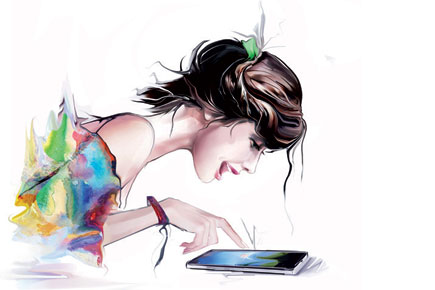 This year, I resolve to give up on some parts of myself. And it feels fabulous

By the time you read this column, we’ll be well into the third week of January. Basically, almost six per cent of the year is already behind us. If you’re still determinedly plowing through your resolutions for 2014, you’re a better person than I am. In a moment of misplaced bravado, egged on by equally foolish friends and with enough alcohol sloshing about our insides to make it seem like a brilliant idea, the best friend and I aired our wildly unrealistic resolutions on Facebook, the official chronicler of poor decisions and embarrassing emotional outbursts since 2006. If karma is a bitch, Facebook is its record-keeping best friend. Dignity: exit, stage left. Acute mortification: enter, stage right.

Needless to say, the deeds of that night came back to haunt us in all its WTF-I-never-committed-to-that glory the next morning. Triple-digit ‘likes’ and double-digit comments on our promises to reduce our carbon footprints, spend at least 10 hours a week at home with parents (non-inclusive of time spent freeloading on their wifi) and generally behave like the love child of Mother Teresa and Madiba in 2014.

And then something wonderful happened. An angel in the form of a friend tweeted a link to an article that changed my life, titled, quite simply, ‘14 Fucks I Refuse to Give in 2014’. Its writer is my newest hero. And since imitation is the sincerest form of flattery, here’s my list of the five things I shall not be wasting any more fucks on. It’s a celebration of all that’s delightfully mediocre and imperfect in me. I’m giving up on some parts of myself. And it feels fabulous!

Writing every day. For years now, I’ve faked it. ‘Of course I write every day. I have to. I need to.’ Bullshit. I meet most of my deadlines only after a generous gulp of a potent cocktail that’s one part panic and two parts the-editor-is-going-to-shove-a-pole-up-your-pert-bottom. Suddenly, the fingers fly across the keyboard and I’m not tempted to gaze vacantly outside my window, mid-sentence. It’s the only way I know to write. I can almost hear the synchronised gasps of my Jaipur Lit Fest-ing friends. Oh well.

Not being obsessive. If there were a universal test of cool, I’d fail it spectacularly. I’m often told I need to learn to let things go. I’ve tried and it’s just too much work. So I’m going to make peace with the fact that I have detailed Excel sheets recording which friend borrowed what book on what date and time. And now that I’m no longer pretending to be easygoing, if you’ve squirreled away one of mine, be worried. No, it doesn’t matter that it was a tatty second-hand copy, it’s still mine.

Travelling. I know it’s what all the cool kids do. It lubricates conversation and it gets you laid. I have friends who’ve used the ‘I got Leh’d’ line for years after their soul-searching, life-changing, finding-the-purpose-of-life solitary sojourn to charm their way into women’s pants. There’s just too much pressure to find a corner of the world that six people in the world have heard about and travel to it. But I’m giving up on it. I’ve realised that even though I love all mountains, I like the ones with electricity and cottages with warm beds more. Freezing cold water in pipes and sleeping on a bed of twigs doesn’t build my character, it brings out the worst there is in it. So I guess I’ll get Leh’d when the guys at Holiday Inn do.

Running. Runners are the new writers. There was a time not long ago when everyone was writing a book. Now, everyone’s running. On an average day, I wake up to a Twitter feed buzzing with the kilometres these champion marathoners have covered at ungodly hours. It makes me want to dissolve into a puddle of shame. No more. I’ll amble, stroll and saunter; I’ll take longer than necessary to tie my shoelaces because I’m staring at the sea. And if you have a cute enough butt, I’ll stare at that too as you whizz past me.

Car-pooling. This one’s going to take some effort because I’m really not one of those douchebags who doesn’t care about what they’re doing to the environment. I spend thousands getting my car checked for efficient fuel consumption and emission. I’ve forbidden my driver from honking because God knows Mumbai doesn’t need more aggression or additions to its already deafening noise-levels. But I hate car-pooling with strangers. My car is as personal to me as my handbag. And you don’t allow strangers to dive into your bag, do you?

Wish you a guilt-free new year.