The wonders of whimsical Wikipedia surfing. 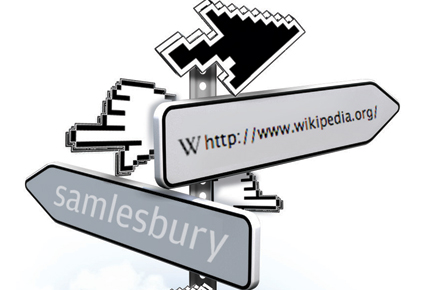 
Searching desperately for something to write on in this week’s column, I reached wikipedia.com. The featured article on the home page was on ‘the Samlesbury witches’. I had never heard of them, so I read the piece. Apparently, they were three women from the Lancashire village of Samlesbury—Jane Southworth, Jennet Bierley and Ellen Bierley—who were accused by a 14-year-old girl, Grace Sowerbutts, of practising witchcraft, including child murder and cannibalism. Their trial at Lancaster Assizes in England on 19 August 1612 was among the most famous in English history. All three were acquitted. I also learnt that historians, notably Hugh Trevor-Roper, have suggested that the witch trials of the 16th and 17th century were a consequence of the religious struggles of the period, with both the Catholic Church and the Protestant Church determined to stamp out what they regarded as heresy.

I clicked on the Hugh Trevor-Roper hyperlink and went to his entry, and learnt that Hugh Redwald Trevor-Roper, Baron Dacre of Glanton (15 January 1914 – 27 January 2003) was a British historian of Early Modern Britain and Nazi Germany. At Oxford, he read Classics and Modern History. Clicking on the Classics hyperlink, I was informed that Classics is the branch of Humanities that comprises the languages, literature, philosophy, history, art, archaeology and other culture of the ancient Mediterranean World; especially Ancient Greece and Ancient Rome during Classical Antiquity (Bronze Age ca. BC 3000 – Dark Ages ca. AD 500).

What is Classical Antiquity? Click. Classical antiquity is a broad term for a long period of cultural history centred on the Mediterranean Sea, comprising the interlocking civilisations of Ancient Greece and Ancient Rome, collectively known as the Greco-Roman world. It is the period in which Greek and Roman literature (such as Aeschylus, Ovid and Homer) flourished.

I clicked on Mediterranean Sea. Among other things, I was told: ‘Mediterranea redirects here. For the snail genus, see Mediterranea (gastropod).’ Since I am deeply interested in gastropods, whatever they are, I continued my quest. But, ‘Wikipedia does not have an article with this exact name. Please search for Mediterranea (gastropod) in Wikipedia to check for alternative titles or spellings.’ I was also given the following choices: ‘Start the Mediterranea (gastropod) article or add a request for it, search for it in existing articles, or look for pages within Wikipedia that link to this title.’ I took the third choice and reached, ‘List of non-marine molluscs of Slovakia’. Slovakia is a landlocked country and, therefore, the molluscs of Slovakia are all land and freshwater species. There are 246 species of molluscs living in the wild in Slovakia. In addition, there are nine gastropod species living only in greenhouses.

Slovakia is a high-income advanced economy with the fastest growth rates in the EU and OECD. It joined the European Union in 2004 and joined the Eurozone on 1 January this year. What is a high-income economy? Clicked on the phrase and was told that according to the World Bank, 67 countries and territories are classified as ‘high-income economies’, among them, to my surprise, Trinidad and Tobago. So I went to Trinidad and Tobago and discovered there are quite a few Jehovah’s Witnesses there. I found that Witnesses prefer the term ‘Kingdom Hall’ over ‘church’, noting that the term often translated as ‘church’ in the Bible refers to a congregation of people rather than a structure. I went in pursuit of ‘church’ and got a list of the world’s tallest churches. The tallest one is the Munster Church at Ulm in Germany, at 143 metres.

My journey was now about to end, for I had discovered a way out of this labyrinth. I clicked on ‘Germany’, and then, on ‘The Third Reich’. From there I went to ‘Nazi Germany’, and sure enough, in the list of references, I located Hugh Trevor-Roper. After some nifty navigation, I was back with the Samlesbury witches. A great sense of achievement mingled with a feeling of gentle peace inside me.

Now I’ll have to find a topic to write on for this week’s column.