Kareena 2.0: Taming of the Shrew

Kareena 2.0: Taming of the Shrew • In Search of Sonam’s Mom • Beauty in the Eye of the Actor 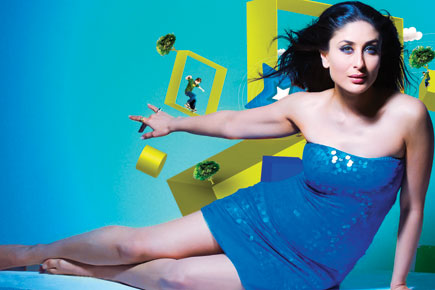 Kareena 2.0: Taming of the Shrew • In Search of Sonam’s Mom • Beauty in the Eye of the Actor


The new Kareena Kapoor is almost nothing like the old one. The actress, who turned 30 last month, is calmer and less controversial. Gone are the days when she picked fights with co-stars, publicly dubbing Bipasha Basu a kaali billi on the sets of their first film together, or looking through Preity Zinta at every awards ceremony.

Signs of maturity, some would say. A good thing, most would agree. But gone with that temperamental attitude and lack of public grace appears to be the actress’ competitive, ambitious spirit.

Today, she happily admits she doesn’t care that she had little to do in 3 Idiots, but is thrilled to be a part of the biggest hit of Hindi cinema. This, coming from the same girl who only years ago had turned down the lead opposite Shah Rukh Khan in Karan Johar’s Kal Ho Na Ho because the fee wasn’t satisfactory.

Next up for her, the role of a South Indian housewife in Shah Rukh Khan’s superhero flick Ra.One, and the love interest of an international spy in boyfriend Saif Ali Khan’s Agent Vinod.

It’s probably unfair to question an actress’ choices. And one wouldn’t if this were Deepika Padukone or Sonam Kapoor. But from Kareena you’re allowed to expect more. She’s shown us she’s got the chops.

Could we please have the old Kareena back? Even if it means she’ll go back to snubbing other actresses at public events!

In Search of Sonam’s Mom

No male Bollywood star has worked as frequently with Madhuri Dixit and Sridevi as Anil Kapoor has. And yet, the actor may have some trouble convincing them to star in the next film he’s producing.

He’s currently developing a desi remake of the Jamie Lee Curtis-Lindsay Lohan body-switch comedy Freaky Friday, and while his daughter Sonam Kapoor will star in the younger part, the star-producer wants Mrs Dixit-Nene or sis-in-law Sridevi to take the other role.

Both have bought time by asking for a bound script before they make their decision, knowing full well the script is still being worked on. Meanwhile, a disappointed Anil Kapoor is exploring alternatives. Juhi Chawla and Tabu have been approached too. But word on the street is that the Hollywood studio co-producing the film is determined to have the more high-profile Madhuri or Sridevi instead. Neither actress, apparently, wants to play mommy to the fairly ‘grown-up looking’ Sonam Kapoor!

Beauty in the Eye of the Actor

This superstar Khan has been in the news lately for his engorged eye. He may claim he accidentally stuck his finger in it, thus causing the unusual swelling, but industry folk have a different story to tell.

It appears the 44-year-old actor, who has a weakness for hard liquor and can often be found drinking till the wee hours of the morning, was advised to get rid of the bags below his eyes. Having just delivered a mammoth hit that’s likely to buy him at least another three good years in the biz, Mr Superstar Stud decided it might indeed be the right time for some nip-and-tuck.

So after getting the number of a highly recommended surgeon from another top Khan, our hero made a quick stop at his clinic in Dubai. The surgery was done without any hiccups. It was the recovery rules that the actor didn’t pay attention to. According to a well-placed source, the star didn’t wait six hours before hitting the bottle again, despite the doctor’s strict instructions to stay off for at least a week. Next thing he knew, his eye had bloated to the size of a rock. His family has now kept the booze out of reach, and appointed a permanent companion to ensure he doesn’t get thirsty.