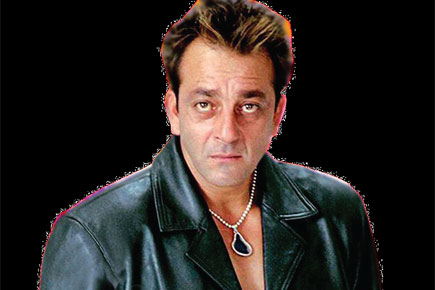 
Last weekend, Ranbir Kapoor’s mother, Neetu Singh, was seen enjoying a foot massage at a Bandra salon along with her son’s gorgeous Rockstar colleague Nargis Fakhri. Some months ago, the two ladies had been spotted dining out and enjoying an afternoon of high couture shopping.

Considering that Ranbir’s mum never quite approved of his earlier girlfriend Deepika Padukone (Rishi and Neetu Kapoor barely acknowledged her in interviews, or in public for that matter), is it safe to assume that his half-Pakistani half-Czech co-star has got the family’s thumbs up? Well, close friends say the folks aren’t threatened by Nargis because Ranbir has made it clear there’s nothing serious between them. The couple has reportedly agreed not to be exclusive.

Villain of the Piece

Some people don’t change, and Sanjay Dutt is one of those. The actor, who is a co-producer on the David Dhawan comedy Rascals, in which he also stars alongside Ajay Devgn, has reportedly been giving a hard time to the marketing team. Dutt is mostly unavailable for media interactions, cancelling at the last moment even the handful of appointments that he does agree to keep. Marketing has become a key factor in a film’s box-office performance, and Dutt’s team had imagined he’d be more accessible and cooperative this time round, given that he has a personal stake in the film. But no, they were sadly mistaken.

What’s worse, say insiders, is the fact that he expects the sun and moon in terms of deals and synergies. Pleas from his team for more involvement on his part have fallen on deaf ears. Dutt appears more receptive to the makers of the Agneepath remake instead, in which he plays the chief bad guy. The actor has received a stream of compliments for his menacing look in the film, and has committed to promoting the film extensively closer to its January 2012 release. You can see why the team working on his own production would be frustrated.

He was Bollywood’s enfant terrible until recently, a star notorious for his brash behaviour and irresponsible lifestyle. A string of hits, however, seem to have mellowed the good-looking star who, close friends insist, has turned over a new leaf.

A few months ago, though, a chosen few saw the old side of him rear its naughty head again. One late evening, a young male actor, recently married, was celebrating his wife’s birthday at home with some close friends when the supposedly reformed older star called, inviting him for a few drinks at home. The younger actor, who has friendly relations with the star, declined politely, stating that he had guests over. To this, the unpredictable star replied that in that case he’d come over instead.

Well past midnight, the star arrived, visibly drunk and with his on-off actress girlfriend by his side. She looked embarrassed and almost apologetic for crashing the younger actor’s party. The star had brought his own booze. He retired to the host’s kitchen, fixed himself a drink and proceeded to chat with the handful of guests who were still present. The star got progressively louder with each drink, until his host had to request him to keep it down for fear of waking up his grumpy neighbours. That was it.

Determined to tick off the neighbours, the now reasonably intoxicated star went into the actor’s balcony and began singing and screaming loudly. Minutes later, a neighbour on the floor above poked his head out and requested the actor to pipe him down so others didn’t get disturbed. Embarrassed, the actor apologised. But the star was amused, and continued to hoot and shriek until the host begged him to stop and come inside. A bit later, the star’s bored girlfriend said it was time to leave. The host and his friends couldn’t have been more relieved. Bear hugs were exchanged, and the star made his way down with the pretty lady. The actor and his friends gathered on his balcony to make sure the star was leaving. Downstairs, the star had walked into the middle of the street, while his girlfriend was urging him to head back towards their car.

Still feeling mischievous, the star stood in the way of an oncoming motorcycle and stopped the rider just for fun. Angry and confused, the rider pulled off his helmet to rebuke the crazy drunk, only to be totally surprised by the sight of the Bollywood superstar. He was even more surprised when the star gave him a giant-sized hug, and cleared the way for him to proceed. Wearing a big smile on his face, the motorcyclist left, even as the star’s girlfriend finally succeeded in dragging him to their car. The amused actor and his friends, meanwhile, continued to laugh on their balcony.