All the broad-spectrum economic indices that show India forging ahead, while not wrong, are leading us away from issues that really matter 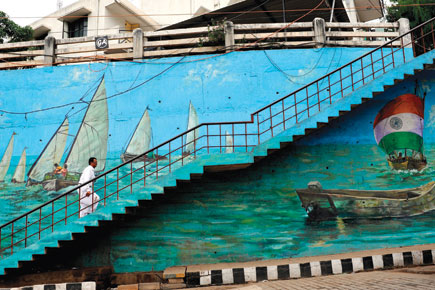 All the broad-spectrum economic indices that show India forging ahead, while not wrong, are leading us away from issues that really matter


The flurry over corruption and mismanagement in organising the recently concluded Commonwealth Games makes it appear that venality is generally all right. It’s only when it embarrasses India in front of the world does it become a bad thing.

According to the index of corruption that Transparency International releases each year, India ranks among the more corrupt nations in the world—and the world knows it. In the 2009 Corruption Perceptions Index, India came in at 85 out of 180 in a sequence running from least corrupt to most corrupt. There is little joy for a self-professed world power claiming it came ahead of Sri Lanka at 92; Nepal at 121; Pakistan at 134; or Bangladesh at 147.

For several years now, as urban India has strived for what it perceives as its rightful place in the world, we have made a habit of picking and choosing indices to, as it were, transform night into day. The stock markets have proved invaluable in this conceit. A combination of piracy and lunacy, they have worked towards self-fulfilling prophecies — the Sensex will touch 18,000! 20,000! 25,000 by Diwali! — dependent on mysterious parameters that have long confounded ‘vanilla’ investors and undermined the Securities and Exchange Board of India.

Inflation has become a game of deceit. Some years ago I put together a cover story on high inflation for a magazine I was associated with at the time. We exposed the imbecility of various outdated ‘weightages’ that made up the Wholesale Price Index—the price of vinyl records, for instance— and maintained that the projection of inflation using WPI was little more than a tool of political economy.

My publisher received an outraged letter from a defender of the faith of the Congress Party who insisted that, as measurements based on an incorrect index provided a constant, such measurements were therefore correct. WPI ‘weightage’ has since been updated, but inflation still makes for prime political circus that includes statements that have even verged on the emotional. (A former star finance minister empathised with me once during an interview, saying he understood the pain high inflation inflicted on the people, but what to do?) A reduction in the rate of inflation is often spun to suggest the absence of inflation.

I am as keen as the next aspiring Indian to have an increasingly better quality of life, see India lose the ‘developing country’ tag, and be better treated by immigration officials worldwide. But it is difficult to accept the blinding denial that serves not so much to make us feel good, but to keep in positions of power and influence those who pillage India at will, strive to keep India poor, and its people delusional. So, as much as Right to Information, I’m a votary of the Right to Indices.

This past July, we had a new measure, the Multidimensional Poverty Index developed by the Oxford Poverty and Human Development Initiative with the support of United Nations Development Fund, tell us that there are 421 million ‘MPI Poor’ in the eight Indian states of Bihar, Chhattisgarh, Jharkhand, Madhya Pradesh, Orissa, Rajasthan, Uttar Pradesh, and West Bengal—which is more than in the 26 poorest African countries combined (that figure is 410 million).

Just days ago, a global hunger index released by International Food Policy Research Institute placed India at 67 out of 84 countries listed in the order of least acute to most acute. The index is based on indicators like child malnutrition, rate of child mortality, and the proportion of calorie- deficient.

Indian politicians and bureaucrats routinely diminish UNDP’s annual Human Development Index. It is easy to understand why. The last one, in 2009, had India ranked at 134 out of 180 countries. Top officials of the Ministry of Home Affairs have claimed that India is among the safest countries in the world. And yet, the 2010 ranking by the Global Peace Index, released by the Institute of Economics and Peace in Sydney, marks India at 128, out of 149 countries.

When those who rule us tell tales about our blighted progress, it may be opportune to show them our collective index finger. It isn’t the correct one for being rude, but it will do.