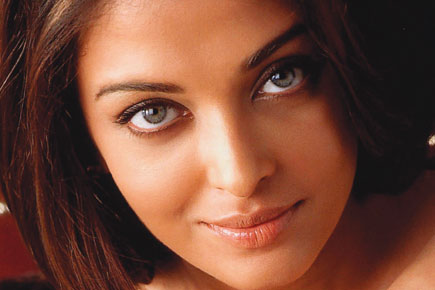 
Aishwarya Rai, who was attached to City of Joy director Roland Joffe’s ambitious period film Singularity for six years, has now been replaced by Bipasha Basu who will star opposite Pearl Harbor star Josh Hartnett.

Rumour has it that Aishwarya demanded a bigger pay-cheque in return for her loyalty to Joffe, whose film she remained committed to since he first announced it in 2004 under the title The Invaders, when it was originally meant to star Brendan Fraser and her own ex Vivek Oberoi. The actress stood firmly by the film even after Joffe lost funding, and happily came on board again when he announced it a few years ago under the new title in Cannes.

But when Joffe allegedly sprung it on her recently that he needed her in Australia to begin filming in mid-November, the actress balked. For one, she claimed she didn’t have the required dates, and she’s also believed to have asked for a bigger salary. Joffe promptly replaced her with Bipasha Basu, who claims she bumped into the filmmaker at a Mumbai five-star hotel, and received a call from him soon after, enquiring if she might be interested in starring in his film.

Sources close to Aishwarya say she is hurt at Joffe’s change-of-heart, especially since she stuck by him through his difficult time, allowing him to use her commitment to the project to secure funding. What’s upset her even more, though, is that Joffe has been saying he dropped Aishwarya from the project because he felt he needed a younger actress for the part. Ouch!

Mallika Sherawat requested an invitation to the Doha-Tribeca Film Festival last week, although festival programmers revoked their decision to screen her film Hiss at the eleventh hour.

Her snake-saga had been picked to be screened at the festival, but was pulled out at the last minute after the selectors decided it simply didn’t merit a festival of their stature.

Nevertheless, the actress’ rep called to enquire if Mallika could still attend. So the actress did show up, dressed in fancy gowns, blowing kisses to hungry shutterbugs on the red carpet. Eye-witnesses say she was accompanied to the festival by her ‘good friend’ and much-married director Govind Menon (with whom she’s worked with in Khwaish and Bach Ke Rehna Re Baba), who happily waited in the sidelines while Mallika worked the press.

At official festival dinners and gatherings the actress was seen draped on the arm of an important sheikh, and on another occasion she was spotted sidling up to Hollywood studio-chief Harvey Weinstein. She introduced herself everywhere as “Mallika from Hollywood”, much to the amusement of the Indian delegates who tittered at her desperate attempts to get the attention of goras.

Friendships tend to be fickle in the Mumbai film industry. A reasonably popular B-level star who belongs to a significant political family is hurt at having been dropped from a major film he was looking forward to being a part of. The film, a sequel to a successful 2008 comedy, is being produced by the country’s most high-profile producer who doubles up as chat-show host and fashion designer on his off days.

The producer and actor have been close friends for years, and have been seen partying together often. When the producer offered his friend an important supporting role in the sequel, the actor was thrilled. It was exactly the kind of A-list project that could give his sagging career a fillip.

The film’s principal cast and director are believed to have complained that the actor was not “high profile enough” to feature in such a major film. Convinced, the producer dropped his friend from the project.

The dropped actor, although upset at being stabbed in the back by a friend, turned up to support the filmmaker-designer at his fashion show recently. Where’s the self-respect?