Don’t Cry for Me, Aamir

Don’t Cry for Me, Aamir • Runaway Heroines • Highs and Lows of Stardom 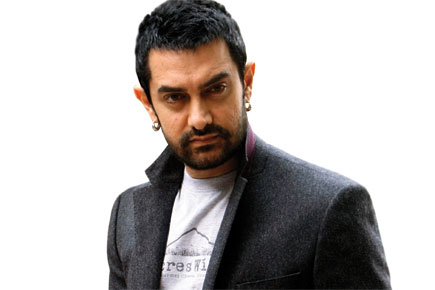 Don’t Cry for Me, Aamir • Runaway Heroines • Highs and Lows of Stardom


Aamir Khan, who has made it a practice to share the first cut of every film of his with a test audience, reportedly employed the same strategy with the pilot episode of his television show recently. Aamir Khan is committed to hosting Satyamev Jayate, a “serious show on important social issues”, and shot a pilot based on the issue of female foeticide a few weeks ago. Shortly after, he brought in a test audience to provide feedback for the show.

This sample audience, comprising friends and family of Khan’s staff, is believed to have responded positively to the pilot, but unanimously agreed that the show felt contrived because of Aamir’s emotional outpourings. Apparently, the actor didn’t hold back his tears while speaking on the issue and presenting case studies on camera. The test audience remarked that the show felt “unnecessarily over-dramatised” and struck a false note for this reason.

Aamir, who, not surprisingly, has final approval on the show, is believed to have accepted the feedback sportingly, and has reportedly instructed his director-friend Satyajit Bhatkal to work on a new approach towards presenting such heart-wrenching case studies in the future.

Jackky Bhagnani might be walking with a swagger since his film Faltu was declared a box-office hit earlier this year, but it’s not like the film industry has welcomed him with open arms since. The only films he has on the cards currently are projects that daddy Vashu Bhagnani is producing.

Vashu has reportedly paid Rajkumar Santoshi an unheard-of fee to direct Jackky in a new film. Santoshi has taken the bait, but landing a co-star is proving to be harder than any of them had imagined.

Santoshi is keen to pair Kangana Ranaut opposite Jackky, but the actress has reportedly asked for Rs 3 crore, a sum of money that Vashu is unwilling to pay. Kangana, who explained that she got paid the same fee for doing Mile Na Mile Hum opposite Ram Vilas Paswan’s son Chirag Paswan, is however refusing to settle for anything less.

And it’s not just Kangana. Even Murder 2 star Jacqueline Fernandes has flat-out said ‘no’ to acting in a Jackky-starrer, a comedy titled John Jenny Janardhan that the actor’s father will himself produce. This one co-stars Ritesh Deshmukh, who is reportedly doing the film purely as a favour to both Jackky (whose sister Honey is soon to be married to Deshmukh’s brother Dheeraj) and his Jaane Kahan Se Aayi Hai director Milap Zaveri (whose career failed to take off after that dismal debut). The desperate director has been openly wooing Genelia D’Souza to take the lead in his film since Jacqueline gave him the cold shoulder, but turns out that even the Force actress has apparently begged off the project.

Highs and Lows of Stardom

This has-been female star (currently working on a comeback movie) is rumoured to be addicted to a lethal cocktail of alcohol and prescription drugs. Recently, when a member of her producer-husband’s family passed away suddenly, she was summoned downstairs to grieve, but she was reportedly in such an inebriated state that she couldn’t leave her room for hours.

When it began to look awkward that the lady of the house herself was missing at such a solemn occasion, her husband insisted that she drop whatever she was doing and join them in the family room immediately. When she did finally appear, close friends and family were taken aback to see just how buzzed she was so early in the day. The actress barely spoke; she stood silently in a corner trying to avoid all attention. Yet all eyes were on her.

Word from the sets, however, is that she’s extremely professional and committed. She’s mostly uncommunicative, but those who’ve known her over the years say that she has always been a woman of few words.