If it’s tricks they have up their sleeves, it’s the Bangladeshi diaspora 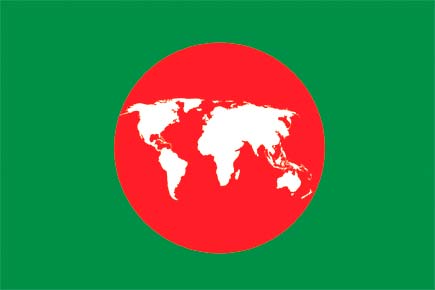 If it’s tricks they have up their sleeves, it’s the Bangladeshi diaspora


One evening at the New Orleans harbour some years ago, I was astonished to see four men playing cricket with a tennis ball. Cricket on the bank of the Mississippi! I went up to them. They were Bangladeshis, cooks on a superluxury cruise liner. They had been travelling the world on the liner for five years.

They are everywhere, Bangladeshis, and in the most unlikely places. In Tokyo, I met a young man from Dhaka who had won a slogan-writing contest run by a Japanese consumer electronics company. The prize was a week-long trip to Japan. He quietly stayed on, learnt Japanese, worked as a waiter and when I met him, he had his own company which employed over a dozen Japanese. What did his company do, I asked him. Ummmm, export and import, he replied vaguely.

In courage and enterprise, Bangladeshis have today begun resembling Sikhs, ready to take a chance, somehow manage to reach somewhere across the world and, quite simply, rewrite their life stories. They work hard, are willing to do the most menial of jobs, and have a single-minded vision: I will be rich one day. And many of them do get rich. On the chars (silt islands) of the Barak river in Assam, Bangladeshi migrants are farming quite successfully. Not a blade of grass was known to have grown there since the beginning of time. In the Delhi suburbs of Gurgaon and Noida, almost all the domestic help and rickshaw wallas are Bangladeshi. Most have been given voter cards by political parties in West Bengal. The deal: during elections, they have to go down and vote; otherwise the voter card is cancelled.

They come from a country beset with every problem on earth: corrupt politicians, civil unrest, extreme income inequity, disease. Even the weather gods seem to hate Bangladesh. The sea is rising, and much of the country could simply disappear by the end of this century. If even that was not enough, nearly every year, it is hit by devastating cyclones or floods that slaughter thousands of people. But all these also build enormous resilience—and the knowledge that they have nothing to lose, and everything to gain.

In Rome, it’s nearly impossible to take a walk or have a meal at an outdoor restaurant without being overrun by Bangladeshis selling anything under the sun: caps, purses, bouquets, souvenirs. The only hamburger joint at St Peter’s Square is run Bangladeshis. On the streets of Rome, I meet Abul Kalam Azad, who sells baubles for a living. Since he is an illegal immigrant, he has no right to do business in Italy. So he carries all his wares in his pockets (he wears a jacket with many). As soon as I tell him that my family is originally from what was called East Bengal, his face lights up. He claims he is a former journalist. Twelve years ago, he managed to sneak into Moscow. But business wasn’t good there, so a year later, he came to Rome by road. How the hell did he cross so many borders illegally? He smiles mysteriously at that. He is a poet and insists he will sing me one of his songs. He sings. To be fair, the lyrics and tune are passable, though not of any high order.

He claims he is the leader of all the illegal immigrants in Rome. He has addressed meetings attended by more than a lakh people. Whenever the police try a crackdown, he comes to the fore. I have no idea how much of this is true, but he says he has saved more than Rs 2 crore, and will now buy a house and get his family over. After which I have to come to Italy once more and stay with him: his wife is an excellent cook. He gives me his phone number and tells me: “If you have any problem anywhere in Italy, just call me. My network is everywhere. My men will reach you in minutes.” Suitably impressed, I leave.

Some years ago, a friend’s wife was showing me around Manhattan. I wanted to buy some stuff to take back to India as gifts. We were choosing some T-shirts, when the shop assistant came up and asked: “Are you Bengali?” I confirmed this. He lowered his voice and said in Bangla: “Don’t buy from that batch of T-shirts. They won’t last. Take from this side of the pack.” Jai Bangladeshi!