Dare You Call Me Bossy! 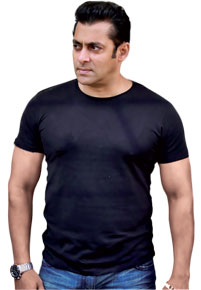 After blockbuster director Rohit Shetty completed Singham Returns in six months flat, the director began catching up on the new releases he’d missed watching as his schedule cleared up. One of those was 2 States, the Arjun Kapoor-Alia Bhatt hit based on Chetan Bhagat’s novel.

Turns out the director couldn’t stop cracking up over Amrita Singh’s character in the film, the garrulous Punjabi mother who keeps making snide remarks about her son’s “Madrasi” fiancée and her family. The character, Shetty reveals, reminded him of his own mother. When he told his family to watch the film to see their mum on screen, Mama Shetty was not pleased her son was comparing her to the bossy screen diva. But everyone else at home, including the director’s wife, smiled conspiratorially, fully endorsing the parallels.

Ram-Leela director Sanjay Leela Bhansali is reportedly seething. He’s not thrilled that his Khamoshi star Salman Khan has been dissing him lately. In a video interview the actor did last week with his Hum Aapke Hain Kaun director Sooraj Barjatya, Salman said each time he saw Bhansali lose his temper on the set or throw things at assistants, he would ask him to take a page out of Barjatya’s book. Barjatya is famously soft-spoken and calm- tempered and is currently working with Salman on their fourth film together. According to a well- placed source, Salman routinely attacks Bhansali on his temper, his “overrated” talent, and his “tendency to make films that nobody watches”.

Not long after the release of Guzaarish some years ago, Salman gave an interview saying “not one makkhi (fly) went to the theatre to see that film”. It is no secret that the actor has had a love-hate relationship with Bhansali since working with him on Khamoshi and Hum Dil De Chuke Sanam—two of Salman’s better films, most would agree. He openly criticised Bhansali when the director approached Shah Rukh Khan and not him to play the lead in Devdas. Salman had claimed that he’d salvaged Bhansali’s career by working with him in a second film (Hum Dil De Chuke Sanam) despite the failure of Khamoshi, but that the director repaid him by moving on to SRK when he finally had a hit under his belt.

Salman was also upset that Bhansali had chosen to work with Aishwarya Rai, and not him, after the former real-life couple had split amidst much controversy and reports of acrimony. Salman and Bhansali buried their differences temporarily when the director approached him to make a guest appearance in Saawariya, but the actor’s camp says Bhansali didn’t keep his end of the bargain—he’d reportedly promised to make Bajirao Mastani with Salman after Saawariya, which he did not.

They don’t call him the Earnest Star for nothing. But his constant efforts towards perfection sure find a way to tick people off. This leading man, who happens to be pretty good with a Rubik’s Cube, thought it would be a good ice-breaker if he demonstrated his nifty Cube-solving skills to an Oscar- winning British filmmaker who came visiting him a few years ago when he committed to co-produce a film that the actor was involved in.

Like an enthusiastic eight-year-old, the actor claimed he could solve the Cube in a record one minute, and proceeded to demonstrate. Only, he took well over two-and-a- half minutes. Insisting he’d do it in a minute in his second try, he went at it again. This reportedly went on about half a dozen times, until he eventually achieved his target. But by then the filmmaker and his entourage had lost their patience.

More recently, another Oscar-winning filmmaker was scheduled to meet the star at his home when the former was in town to promote a new film that he’d shot in India. As it turns out, the studio representing the filmmaker was the same that had flown in the previous heavyweight. This filmmaker was specifically warned not to bait the actor if he brought up the Rubik’s Cube claim. Of course he did when they met, but the filmmaker didn’t react, and quickly moved on to another subject to discuss.

Apparently there was a collective sigh of relief from the reps escorting him.