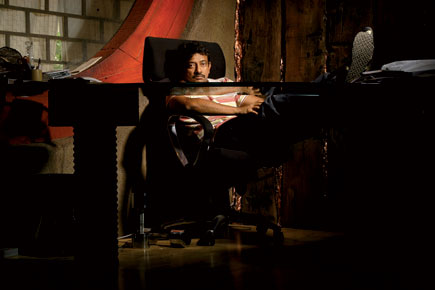 For the last half decade or so, Ram Gopal Varma’s fortunes have dipped so steadily that he is almost not a fair target anymore. To criticise him, you would have to acknowledge him, and that is becoming hard to do.

His movies appear and disappear like the mildest of ripples on still water. Film critics wearily dole out stars in their fractions while reviewing his movies, but it is almost certain that if Varma’s current creative course continues, even that will eventually stop.

However, since all men—even narcissists unable to comprehend their failings—want to survive, Varma has a counter strategy to remain relevant: leeching on his earlier movies. That is why Satya 2 was released last week.

Consider that it has zero connection to the original Satya in terms of either plot or character. It is called Satya 2 only for three reasons—it might make it easier for him to raise finance for the movie, make people curious enough to come to theatres, and make distributors interested enough to screen it. It is, in one sense, a marketing deception. There might have been a time when this would puzzle or anger people; now, no one cares. Varma arrived at this tactic in 2006 by remaking a really bad movie called Shiva, the name of his first superhit.

Many people, after tasting enormous success, aspire to do something for posterity. Varma’s ambitions are the reverse: he already has a legacy, which he is now in the process of destroying. He is a man sacrificing his past and future for a present. Satya is without doubt the movie he would have been remembered by after a quarter century, but when you have many shoddy Satyas, the original will become just one among them.

The only reason not to ignore Varma is that he is fascinating as a tragic character completely blind to his own tragedy. All filmmakers see their creative juices run out. The Yash Chopra who made Deewar was not the same man who made the silly Jab Tak Hai Jaan. But Varma’s fall is especially bewildering because it has been so complete. At least the market didn’t shirk Chopra; Varma has been abandoned by both critics and audiences. All his movies now are badly constructed parts forced to fit together to create an awful whole.

Or maybe he never was the genius that everyone assumed and just a good HR manager. Maybe his biggest quality was keeping his door open for talent at a time when it was hard for intelligent filmmakers and artistes to do good cinema. As long as there were brilliant people gravitating toward him, all he had to do was pick and choose from their brains. And when all of them left to carve out their own kingdoms, his creative pool was left empty.

It is almost inevitable that there will be a Rangeela 2 now. He is already producing an Ab Tak Chhappan 2. There will surely be a Satya 3, as is promised towards the end of Satya 2. There will be a Sarkar 3 if he can get Amitabh Bachchan to act in it. Another Shiva is not beyond imagination from someone who has already made two Shivas.

The only great story in all this is the story of Ram Gopal Varma himself, but some other filmmaker will make that film a few decades from now.